Europe will take a two-point lead into the final day of the Solheim Cup after withstanding a determined fightback from the United States on day two at Inverness Golf Club.

The hosts won three of the morning foursomes to close the gap to a single point and led in three of the afternoon fourballs at one point. 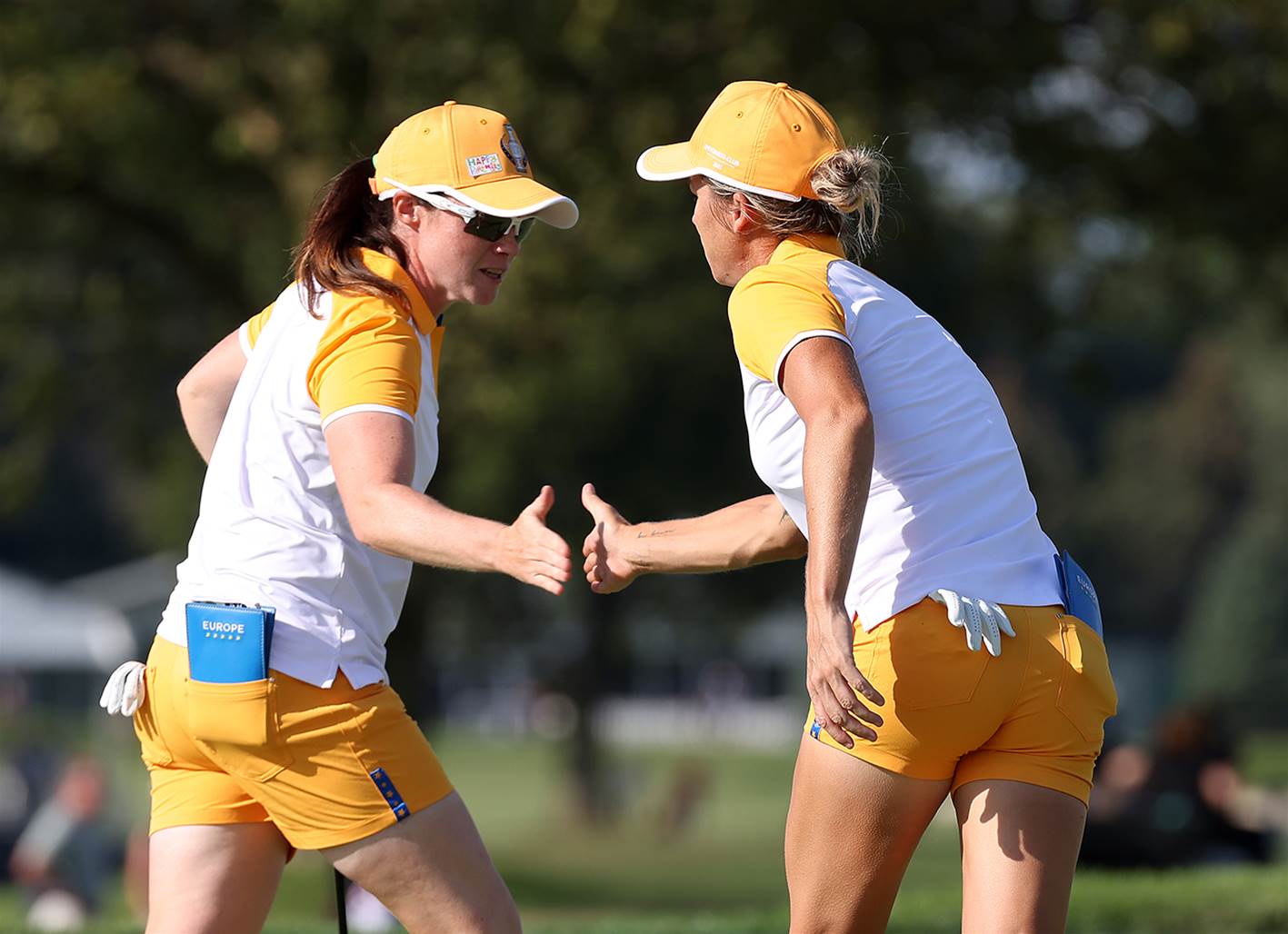 That advantage looked set to be a single point until Mel Reid and Leona Maguire snatched a half against Jennifer Kupcho and Lizette Salas on the 18th; Reid getting a fortunate bounce off the bank of a bunker to set up a birdie from close range.

"Every half point, I've realised over the years, is absolutely crucial," Matthew said.

"From the start to the day it looked like the momentum was kind of heading towards the US, but kind of edged back a little bit in the afternoon and that half point has buoyed us up I think.

"(We're) very confident. Two-point lead, we would have taken that when we teed off the first round. So yeah, delighted to be going in with a lead." 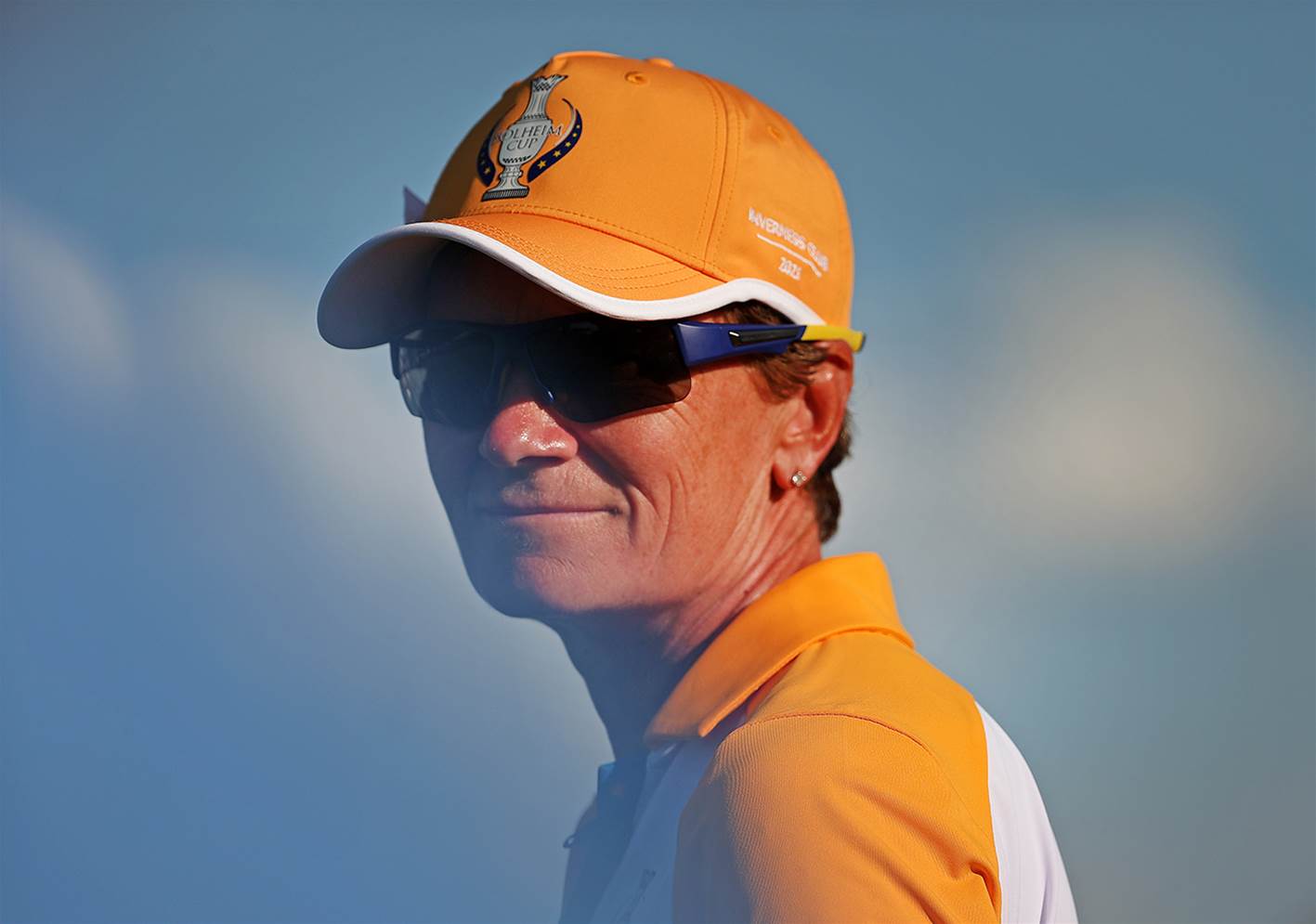 Yealimi Noh and Mina Harigae defeated Celine Boutier and Sophia Popov 3 and 1 in the first fourball match to level the overall score, but Hull and Pedersen beat Danielle Kang and Austin Ernst 4 and 2 moments before Ciganda and Madsen edged out Jessica Korda and Megan Khang on the last. 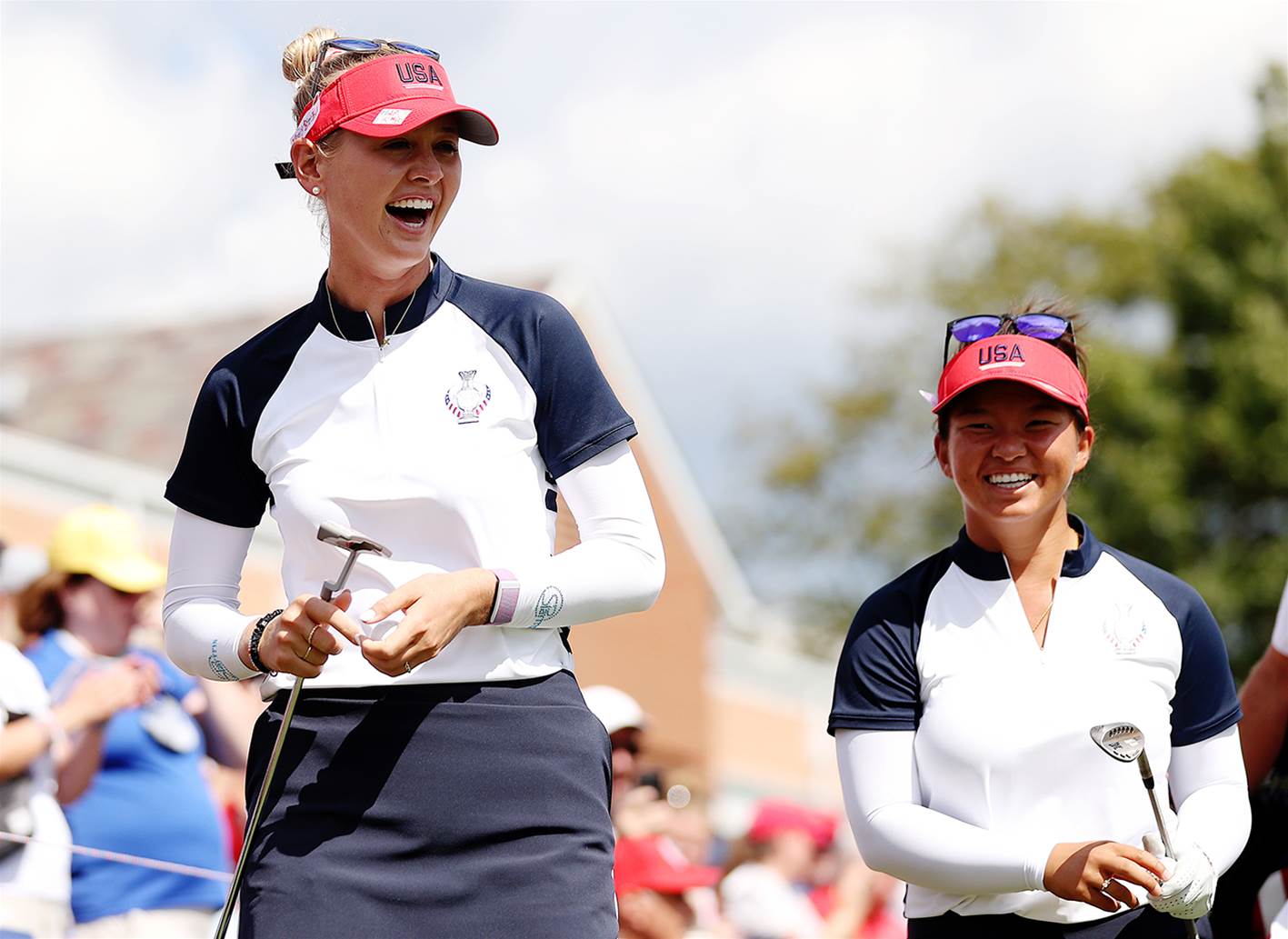 Megan Khang and Jessica Korda share some joy during the fourballs but would later lose their match on the final hole. PHOTO: Getty Images.

In the morning foursomes, Maguire had teamed up with Reid for the pair's second foursomes success on Sunday, thrashing world No.1 Nelly Korda and Ally Ewing 5 and 4.

That gave Europe a four-point lead in pursuit of only a second victory on US soil in the contest's 31-year history, only for the hosts to win the three remaining matches to close the gap to a single point. 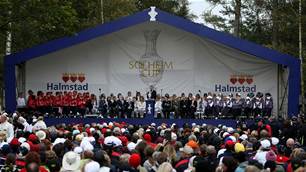 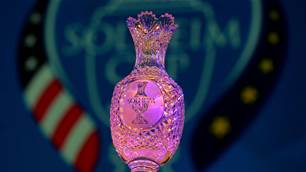 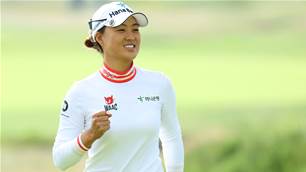