Edoardo Molinari was among many to take advantage of ideal conditions at the Scottish Open on Thursday, vaulting into a four-way share of the first-round lead in North Berwick.

Victorian Lucas Herbert was among a large group tied for 29th place after posting a four-under par 67 with compatriots Jason Scrivener and Jake McLeod at two and one under respectively.

While Francesco Molinari is having a week off to prepare for next week's Open at Royal Portrush, Edoardo is attempting to qualify as one of the top-three finishers this week not also already exempt. 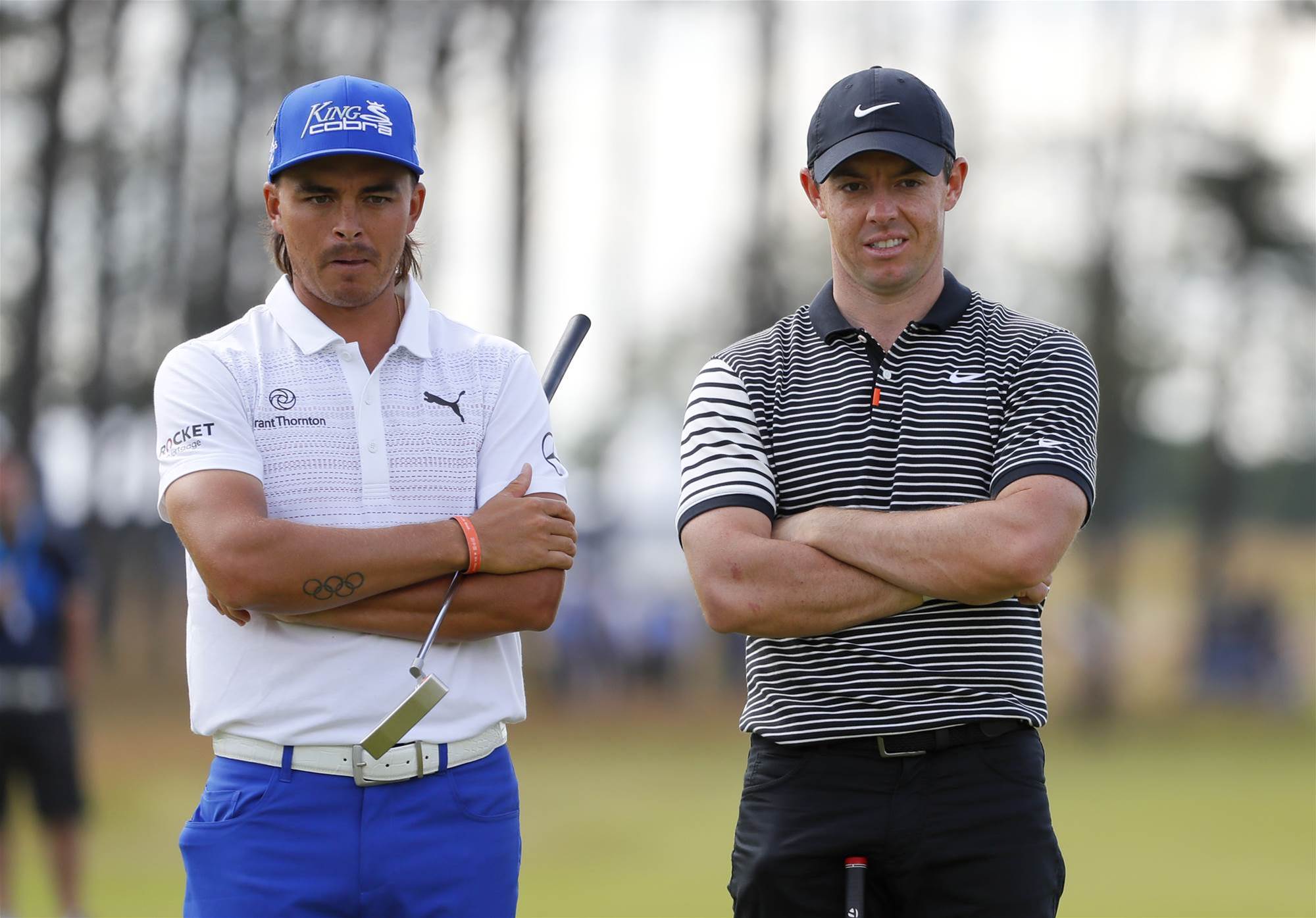 Fowler (71) and McIlroy (67) played together on Day 1 of the Scottish Open. PHOTO: Kevin C. Cox/Getty Images.

Soft conditions and little breeze left the course at the mercy of the field on a day when more than half the players broke 70.

Meanwhile, South African Trevor Immelman scored a hole-in-one at the 15th at the event on Thursday but could not even boast the first ace of the day at the hole.

Finland's Kalle Samooja had already achieved the feat at the 115-yard downhill hole.

Former Masters champion Immelman, 39, is a part-time player these days, working mainly as a TV analyst with Golf Channel in the United States.

"It came out perfect, started spinning up into the breeze, was looking really good," Immelman said.

"Because the tee's elevated I saw it go in and saw the crowd erupt, so pretty cool moment there for me."