Andrew Dodt has set a new course record of 11-under in round two at Twin Creeks Golf and Country Club to take the lead of the AVJennings NSW Open.

In the best round of his 12-year professional career Dodt’s nine birdies and eagle at the 11th hole combined to eclipse 2018 champion Jake McLeod’s third round effort last year.

Despite Min Woo Lee’s best endeavours of 5-under in the afternoon field Dodt holds a one-shot lead at 14-under the card ahead of tomorrow’s third round.

“When they all added up they added up to 61. That’s the best round in my career so far. I knew the conditions were going to be user-friendly this morning so I wanted to take real advantage of that,” Dodt said.

“I got off to a pretty good start, and then sort of got hot around the turn. I made a few birdies and an eagle at 11 and then I started getting a bit nervy because I thought ‘I’m getting pretty hot here’.

“I thought I had to make two coming in because I didn’t really know what I was but I didn’t give myself great chances on the last three holes. All in all it was a great day’s work.” 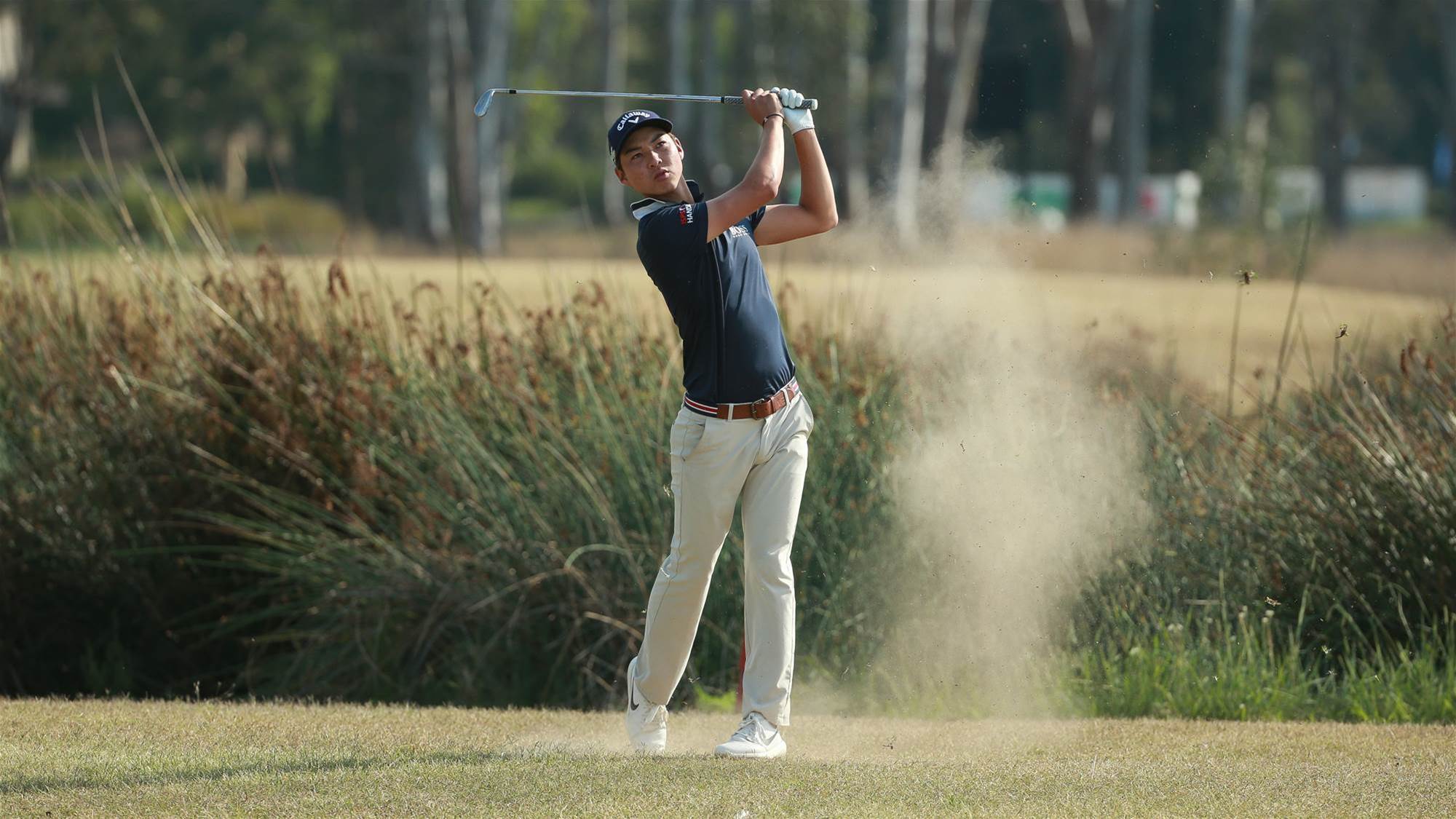 West Australia Min Woo Lee sits in second place alone after a five under second round. PHOTO: PGA of Australia.

The winner of the 2019 Sarawak Championship was a hot favourite after receiving a last minute invite into the ISPS HANDA PGA Tour of Australasia tournament.

Since claiming the Asian Tour victory in August, Dodt has made the cut in all six tournaments he has contested across the PGA Tour of Australasia and Asian Tour, but believes his low scores must continue to be in contention come Sunday.

“This is the first time I’ve played here. I checked the scoring from the last two years and I know you’ve got to be 20-under to win,” he said.

“That was the goal at the start of the week and I’ve got to be at least there.

“The guys in Australia, they’re good players, so you’ve got to keep your foot down because they’re going to be right behind you. If you embrace it and take it on you can get after it.”

A dry course and firm greens challenged the field with 33-degree heat adding to the pressure for young-gun Min Woo Lee.

The challenging layout tested the West Australian but with two eagles, two birdies and a bogey he made it look easy for a second round of 5-under 67.

“The pins are tougher, the greens are harder and it was windier so that probably explains it,” Lee said of his round.

“There are still gettable holes so you’ve just got to take your medicine at some of the holes and take advantage of the easy ones.

“I just thought I’d go out and play and I’m glad I shot 5-under. I’m just happy I’m playing good and happy with the way I played, satisfied at the end of the round. It hasn’t been like that for a while.”

With a two-round total of 13-under Lee holds second place over round one leader Josh Younger at 11-under in third and Newcastle local Travis Smyth one shot further back.

The second-round cut was made at 1-under the card, resulting in a third-round field of 70 players that will tee off at Twin Creeks from 7am.

The leading group of Andrew Dodt, Min Woo Lee and Josh Younger will tee off from the first hole at 11:05am.