Jason Day is getting excited for the upcoming Masters at Augusta National now that his injured back is healthy enough to putt for longer periods of time.

Day will contest this week's prestigious Arnold Palmer Invitational in Florida, which he won in 2016, as he kicks off competitive preparations for the first major of the year.

Usually one of the world's best on the greens, Day's back injury had prevented him from putting for more than 30 minutes at a time earlier this year.

But the former World No.1 has ramped up his putting training in time for next week's elite Players Championship and April's Masters.

"My back is much better and we're coming into warm Florida weather, which helps," Day told AAP at Orlando's Bay Hill course on Tuesday.

"I'm now putting for an hour-and-a-half; only 30 minutes or so less than what I normally do."

“You're trying to work out the kinks now, so that you're heading into Augusta firing on all cylinders.” – Jason Day

Although he has won all three tournaments before and would like to again, he said the bigger picture was to sharpen up for the Masters.

"You're trying to work out the kinks now, so that you're heading into Augusta firing on all cylinders," Day said.

"My putting is improving and I'd like to develop the confidence to commit to my green reads these next three weeks.

"I also need to straighten up the driver and tidy up the short game, but overall, the game feels pretty good."

"I think it's going to be tough enough that single digits will win; and I like tough conditions," he said.

For the first two rounds this week Day is paired with countryman Adam Scott, who won the Genesis Invitational in Los Angeles last month, as well as World No.3 Brooks Koepka. 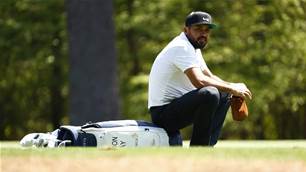