The Australian contingent at the World Golf Championships-Match Play has taken a big hit on day two, with Jason Day and Marc Leishman losing their matches in Texas.

Day, the 2014 and 2016 WGC-Match Play champion, fell 3 and 1 to former US PGA Championship winner Jason Dufner at Austin Country Club on Thursday.

Eighth seed Day raced out to a two-hole advantage early in the match but the wheels came off to see the match all square at the turn.

Day again took the lead when he the birdied the 11th hole but a series of errors opened the door for Dufner and he never looked back.

Day's loss ensured members of his group are tied on one point each heading into the last day of pool matches.

Like his countryman, Leishman held an early lead before two-time Masters winner Watson stole it on the seventh and never let go.

With two losses, Leishman is assured to be bundled out when the pool matches concluded on day three.

Rounding out the Australian contingent is Cameron Smith, who is currently locked in battle against Japanese ace Hideki Matsuyama. 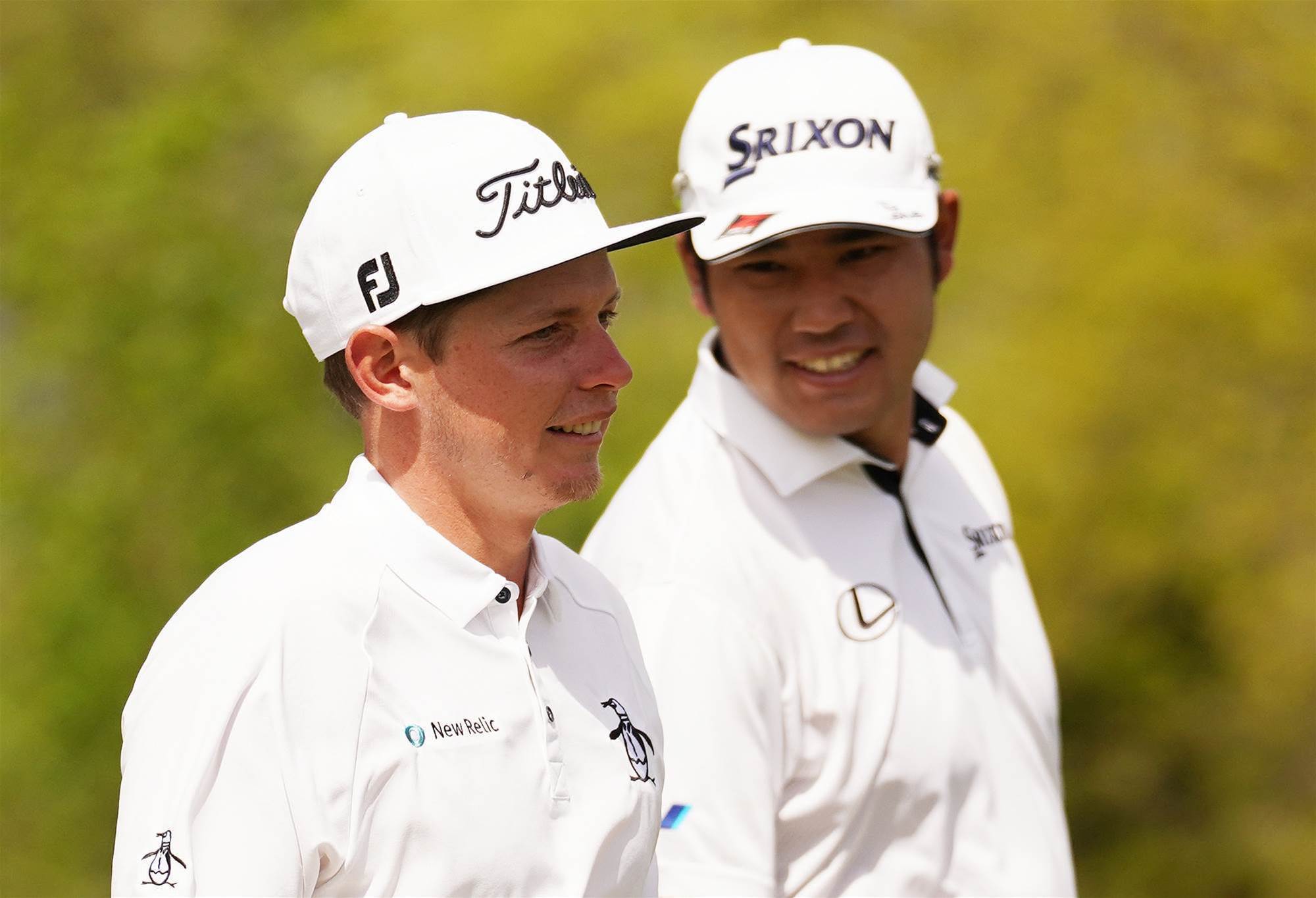 Smith talks to Matsuyama on the first hole during the second round of the WGC-Match Play at Austin Country. PHOTO: Darren Carroll/Getty Images.

Smith, who downed Patrick Cantlay in the opening match on Wednesday, is all square after 10 holes in his match with fifth seed Matsuyama.

Meanwhile, Jordan Spieth picked up a second point with a 4 and 2 win over Haotong Li, setting up a mouth-watering third-round clash with Patrick Reed.

Reed earned a gritty, one-up win over South Africa's Charl Schwartzel to be tied with Spieth atop their group.

Described as a "match play ninja" by commentators on the eve of the tournament for his stellar Ryder Cup history, England's Ian Poulter lived up to his reputation with a 2 and 1 win over Daniel Berger.

Poulter is now in the driver's seat of countryman Tommy Fleetwood's group.

In the biggest shock of the tournament, defending champion and No.1 seed Dustin Johnson ensured an early exit with his second straight loss.

The World No.1 was thumped 4 and 3 by Canadian Adam Hadwin.

Rory McIlroy bounced back from a day one loss to Peter Uihlein with a 2 and 1 win over Jhonattan Vegas.