Cameron Davis made the most of the early conditions to shoot a 67 and be in the clubhouse sharing second place midway through the opening round of the PGA Tour's Houston Open.

The Australian started his round on the back nine and got it to two-under before consecutive bogeys on 14 and 15 and another on the 18th had him one-over.

Davis then strung together a trio of birdies from the 2nd and added another on the 7th to close out his round three-under par at Memorial Park Golf Course.

The 25-year-old is in a six-way tie for second along with Mexican Carlos Ortiz, Michael Thompson, Scottie Scheffler and Harold Varner III – who all have concluded their rounds – and Talor Gooch (15th).

Brandt Snedeker made a birdie on the 13th to take the lead at four-under with five holes to play on Thursday.

Americans Adam Long and Kevin Streelman, who both carded rounds of 68, are in a six-strong group at two-under.

Australians Matt Jones (69) and Greg Chalmers (one-under after 13 holes) are in a share of 14th while late starters Adam Scott and Jason Day are both one-over mid-way through their opening rounds.

Jordan Spieth squandered a good start with a back-nine collapse in the last tournament before next week's Masters.

Former World No.1 Spieth, seeking his first win since the 2017 Open Championship, held a share of the lead through 12 holes before making two bogeys and two double-bogeys en route to a three-over 73.

"So some risk-reward when you're attacking stuff or whether you are or not on those few holes."

Defending champion Lanto Griffin, playing in a group with Spieth and four-times major winner Brooks Koepka (72), was one under through 13 holes but bogeyed three of his final five holes for an opening two-over 72.

Top ranked Dustin Johnson, in his first start since testing positive for COVID-19, World No.11 Tyrell Hatton and five-time major champion Phil Mickelson were among the late starters. 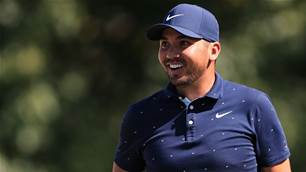 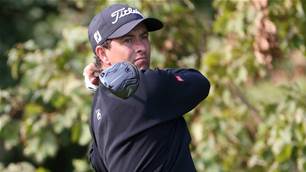