Cameron Davis has credited a dream caddie partnership for his meteoric rise as he looks to upstage golf's big names at the PGA Tour's Memorial Tournament.

With accomplished caddie and former Tour player Andrew Tschudin on the bag, Davis cemented his status as Australian golf's next big thing when he won the secondary Web.com Tour's Nashville Open last week.

The victory in Tennessee was only Davis' fifth Web.com event and came just six months after winning the Australian Open in November, against a field that included former World No.1 Jason Day.

The 23-year-old rose to No.105 on the world rankings and is now in a healthy position to progress to the US Tour next season from the Web.com Tour's money list.

It also handed Davis a huge confidence boost ahead of his sponsor's invitation to this week's elite Memorial Tournament in Ohio.

"I really saw how well I can play under pressure coming down the stretch to have a chance," Davis told AAP.

"In Nashville, I actually knew where I stood with a few holes to play, whereas the Australian Open I really had no idea I could win."

Davis has hit the ground running since turning pro in 2016, following a stellar amateur career highlighted by victory at the 2015 Australian Amateur Championship.

The Sydneysider says Tschudin has a been a driving force, having caddied for Minjee Lee at the 2016 Rio Olympics following a successful playing career. 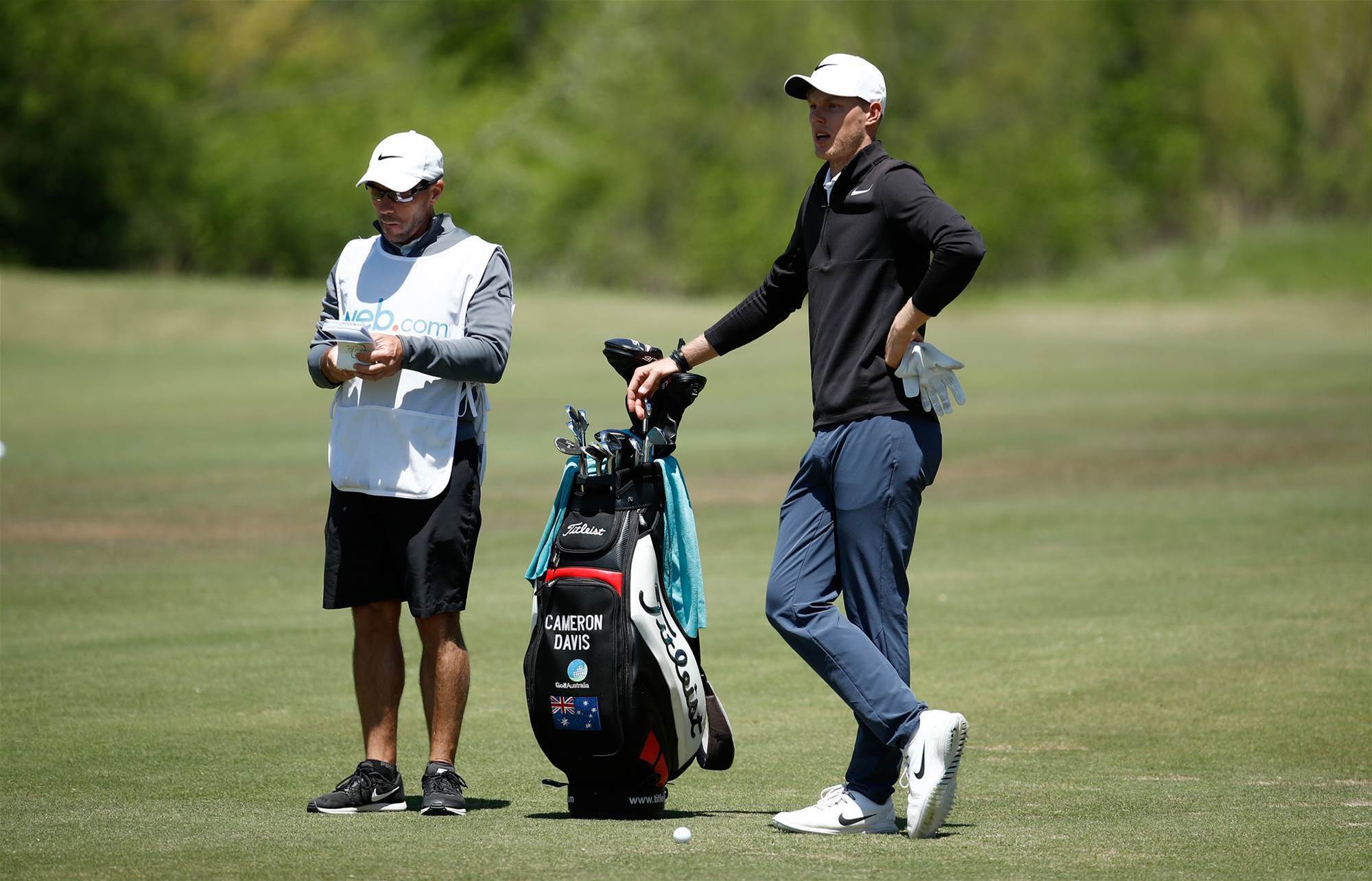 Davis has credited his partnership with caddie Andrew Tschudin for his rise on the world stage. PHOTO: Andy Lyons/Getty Images.

Tschudin, who won twice on the Korean Tour and once on the Australasian circuit, first carried the clubs for Davis on his US Tour debut in Mexico in 2016 – where Davis contended and finished 15th.

"Andrew is fantastic; he's always so prepared and knows a golf course backwards after a couple days," Davis said.

"It's only been a few months, but I can't remember what it's like to play an event without him."

"The kid can play," Tschudin said.

"He's long, he can putt and his short game is solid, but in the past five months he's become more professional around his preparation and routines."

Davis now turns his attention to the Jack Nicklaus-hosted Memorial event at Muirfield Village, which will feature eight of the world's top-10 players and five-time winner Tiger Woods.

"I'm not thinking about it as a massive event with a lot of the world's best players, because will put too much pressure on me," Davis said.