After months of rain, the adidas Junior 6s Tour players competing over two days in Sydney would have hoped for some better conditions at The Lakes and Cromer Golf Clubs on Monday and Tuesday.

Although they managed to stay dry, golfers from around the country, and New Zealand, were greeted with wind gusts up to 60 km/h at regular Australian Open venue The Lakes and similarly windy and exceptionally cold conditions at Cromer the following day.

Playing two separate events, the first day belonged to Ed Procter who authored something of an unbelievable scorecard around The Lakes during the stroke play portion before he accounted for Grace Lee in the 6s match play.

Sitting at five-over through seven holes, Procter must have wondered why he got out of bed to put himself through the punishing wind whipping across the Geoff Ogilvy, Mike Clayton, Michael Cocking and Ashely mead designed venue.

But showing incredible fight Procter turned things around to eventually sign for a three-under round. 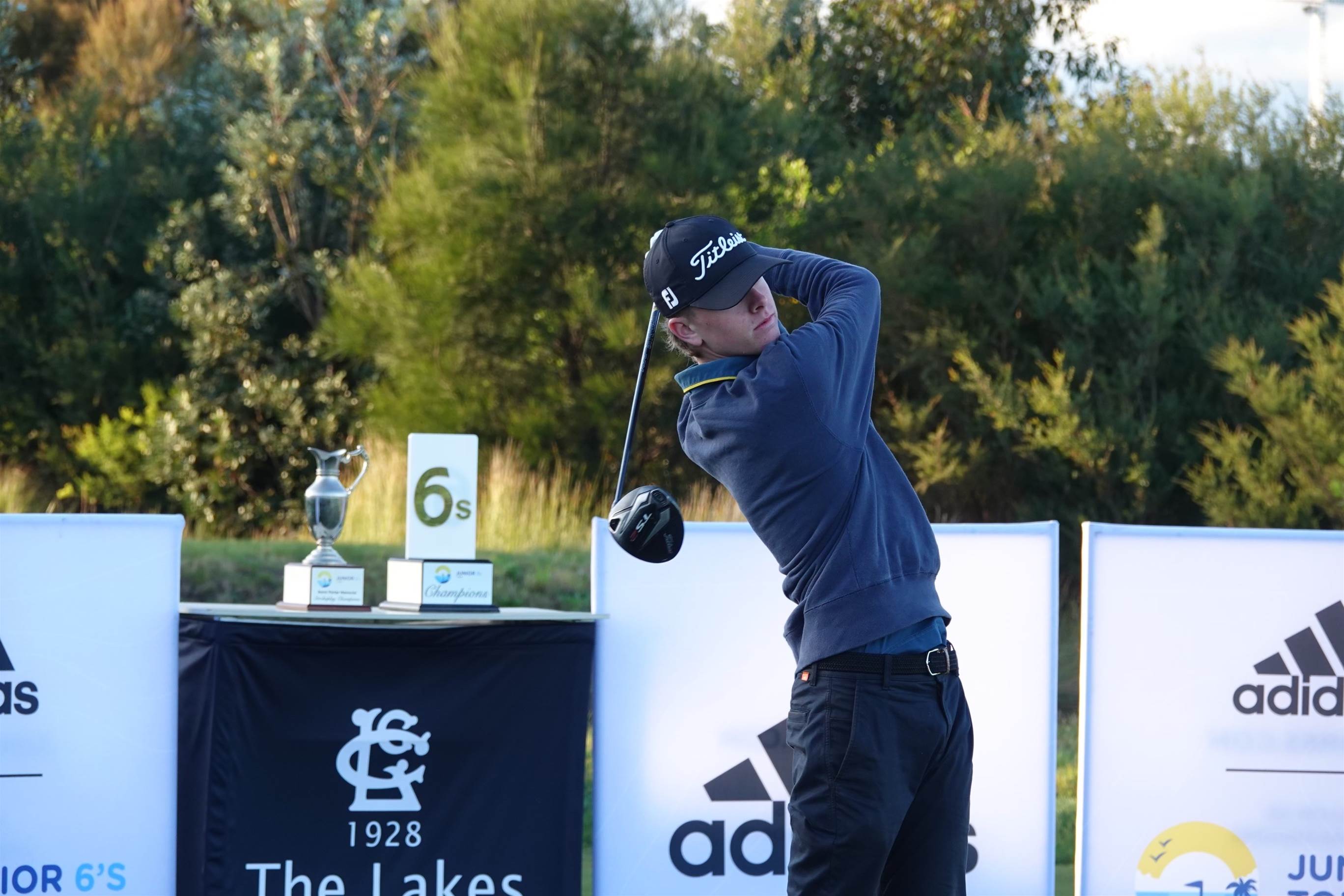 Ed Procter during his incredible round at The Lakes on Monday. PHOTO: Supplied.

Eagles at the par-5 8th, par-4 13th and par-5 next were followed by three straight birdies starting at the 15th, an incredible seven-under stretch over five holes before a bogey at the par-3 last spoiled the fun a little.

On the girls side, the top ranked Grace Lee managed a one-under 73 to advance to the match pay where Procter emerged the victor 3&1 to claim his first win on the Ewan Porter founded Tour, jump from 23rd to 7th in the standings and earn a spot at the World Final at Kingston Heath.

The following day, the Tour took an international flavour when Kiwi Tara Raj claimed her second event after victory in the circuits first event held outside Australia earlier this year.

“Absolute stripe show. And putts the spots off it.” - Ewan Porter on Tara Raj.

Raj navigated the Cromer Golf Club layout in 74 shots to advance to the match play, with Lee once again showing up to play and finishing one shot behind.

Oliver Davis of The Australian Golf Club, where Guan who fired a 74 is also a member, was the best of the boys on Tuesday, his one-over 71 seeing him go head-to-head with the sweet swinging Raj in the match play.

“Absolute stripe show. And putts the spots off it,” Porter told this reporter of Raj’s performance on Tuesday.

Goodall too good for Grace at Cypress Lakes