The LPGA Tour's return to the United States after three Asian events were cancelled due to the coronavirus has not allayed the fears of new mothers Brittany Lincicome and Stacy Lewis.

Though there had been only 60 known cases diagnosed in the US as of Thursday, the two major champions worry the virus could spread and potentially cause major disruptions.

To which former World No.1 Lewis, who has just returned from Australia, chimed in: "I am too. It's in the US now, too, so travelling to California or travelling anywhere, through any airport, I think you're thinking about it and you're aware of it.

"I feel it's not going away any time soon."

The LPGA Tour first cancelled the March 5-8 Blue Bay tournament scheduled for Hainan Island in China after the coronavirus appeared, and later scrapped events in Thailand and Singapore.

Lincicome had been planning to play in the latter two tournaments, while Lewis had Thailand on her itinerary.

Lewis was playing in Australia when the Thailand event was cancelled, and was relieved to have the decision taken out of her hands.

“There were more important considerations than (my love of) foot massages and mango sticky rice." – Brittany Lincicome

"Just the thought of potentially not just of me getting it but bringing it back to my daughter and being quarantined and not being able to spend more time with her, I don't know what I would have done if I'd had to make that choice," she said.

"I probably would have picked our health over playing. I'm very glad the Tour made those calls. It was hard, but a chance we couldn't take. The way we travel at those events, one person gets it and we're all sick."

Thailand has reported 40 infections of coronavirus as of Wednesday.

"There were more important considerations than (my love of) foot massages and mango sticky rice," Lincicome said.

The LPGA Tour is scheduled to play in the United States until July, with the Tokyo Olympics looming large thereafter.

Asked whether she would worry about participating if she qualified, Lincicome said: "That would be a dream come true but our health is more important. We'll just have to cross that bridge when we get there."

Japan's prime minister this week called for sports and cultural events to be scrapped or curtailed for two weeks, as two more coronavirus deaths heightened concerns the contagion might scupper the Games.

"I hope by the time (of) the Olympics it's fizzled out and is not an issue," Lewis said. 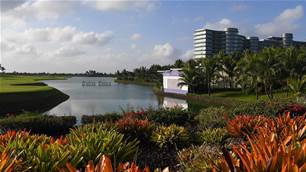 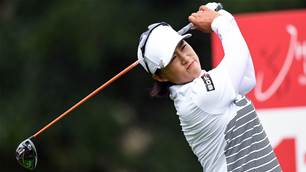 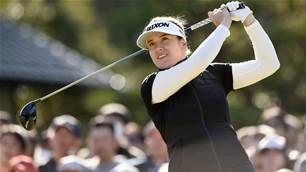