The legacy of the LTD name began in 2016 with COBRA’s introduction of the LTD driver – the first to achieve zero CGna for low spin and fast ball speed performance. In 2022, the legacy has evolved into the new LTDx franchise, which debuts the first driver to combine zero CGna and 5200 MOI to create faster ball speeds with extreme forgiveness.

The LTDx woods feature ‘PWR-COR TECHNOLOGY’, which uses multi-material internal and external weights to reposition as much weight low and forward as possible to lower spin and deliver powerful ball speed upon impact.

Using machine learning and CNC machining, COBRA engineers have replaced its E9 face with a new variable thickness design called ‘H.O.T Face’ (Highly Optimised Topology) that is precision tuned for speed. Using data from thousands of impact simulations, COBRA has optimised thicknesses in 15 different zones to maximise ball speed across a larger area of the face. 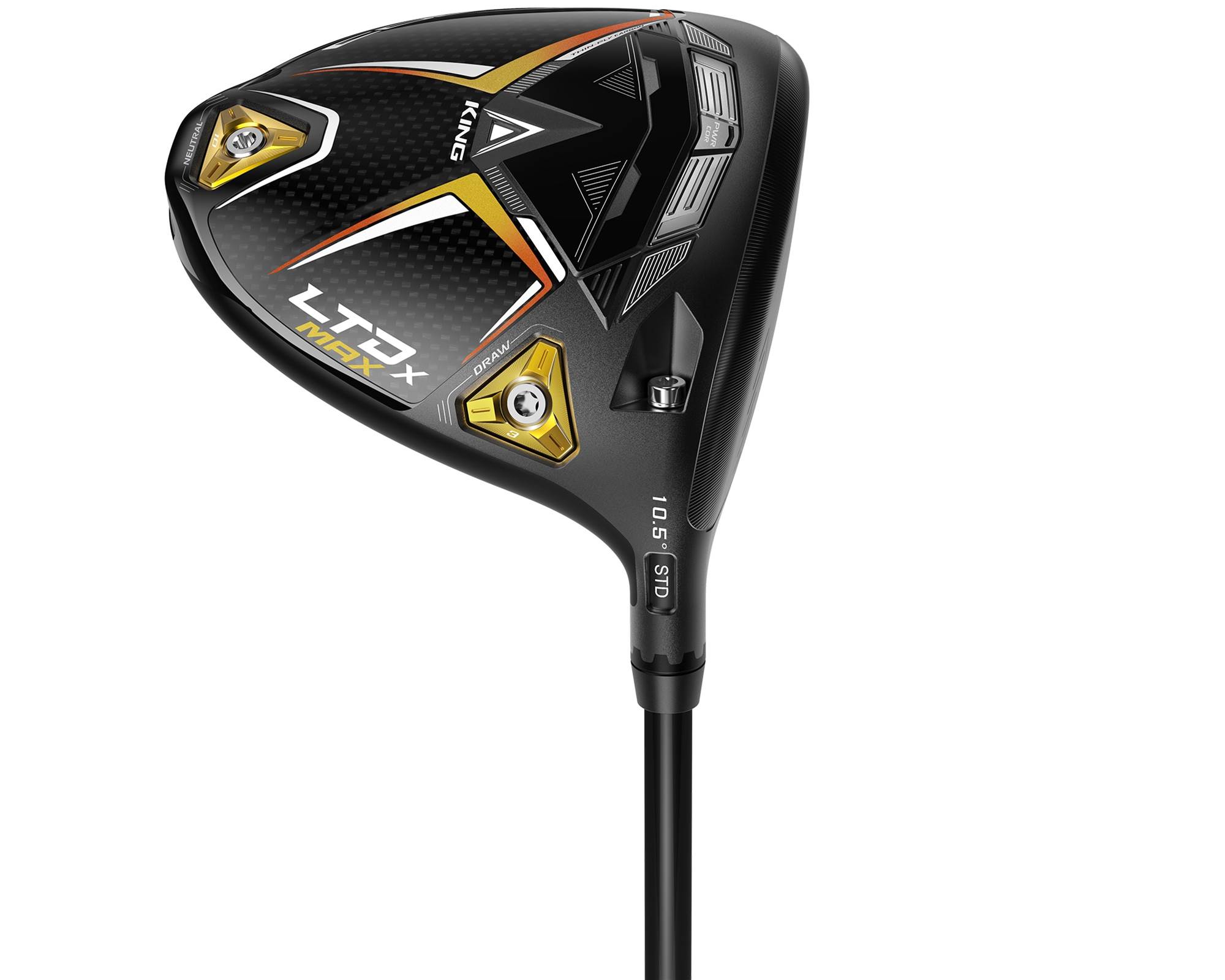 These zones create visual peaks and valleys that resemble a topology map, hence the design name. In addition, the LTDx drivers utilise a multi-material construction, with up to 30 percent more carbon fibre than the previous RADSPEED model, and a lighter and stronger titanium chassis to maximize stability.

COBRA engineers have redesigned the previous T-Bar chassis to reposition more titanium lower to the ground and around the perimeter edge to lower CG and increase MOI, resulting in 8g of weight savings.

To make certain the new LTDx line is able to optimise performance for all types of players, it’s available in three distinct models: The LTDx LS is a low spin model designed for skilled players with faster swing speeds who desire maximum workability in a traditional shape. For added tuning, adjustable weights are positioned heel and toe to help dial in directional trajectory for the better players.

The LTDx MAX combines maximum stability and maximum draw bias, giving golfers the choice to move the adjustable weights to create either performance. COBRA engineers were able to combine last year’s RADSPEED XB and RADSPEED XD into one driver.

The LTDx is the perfect blend of LS and MAX into one driver. It is the first driver to achieve zero CGna and 5200 MOI, creating the best combination of low spin and maximum forgiveness.

“The LTDx driver line up reflects our team’s continued dedication to innovation and improved performance,” Vice President of R&D at COBRA Golf Tom Olsavsky said. “With the introduction of PWR-COR and H.O.T FACE technology, our engineers have, yet again, developed innovation that improves CG and MOI while making the face hotter and more forgiving. The resulting LTDx family of drivers are the best we have ever produced, and the three distinct driver models ensure that every golfer can achieve optimized performance for their game. We look forward to seeing the LTDx on TOUR and also in the hands of amateurs and weekend warriors at courses globally.”

Complementing the innovative line of LTDx drivers are a full line up of LTDx fairway metals. 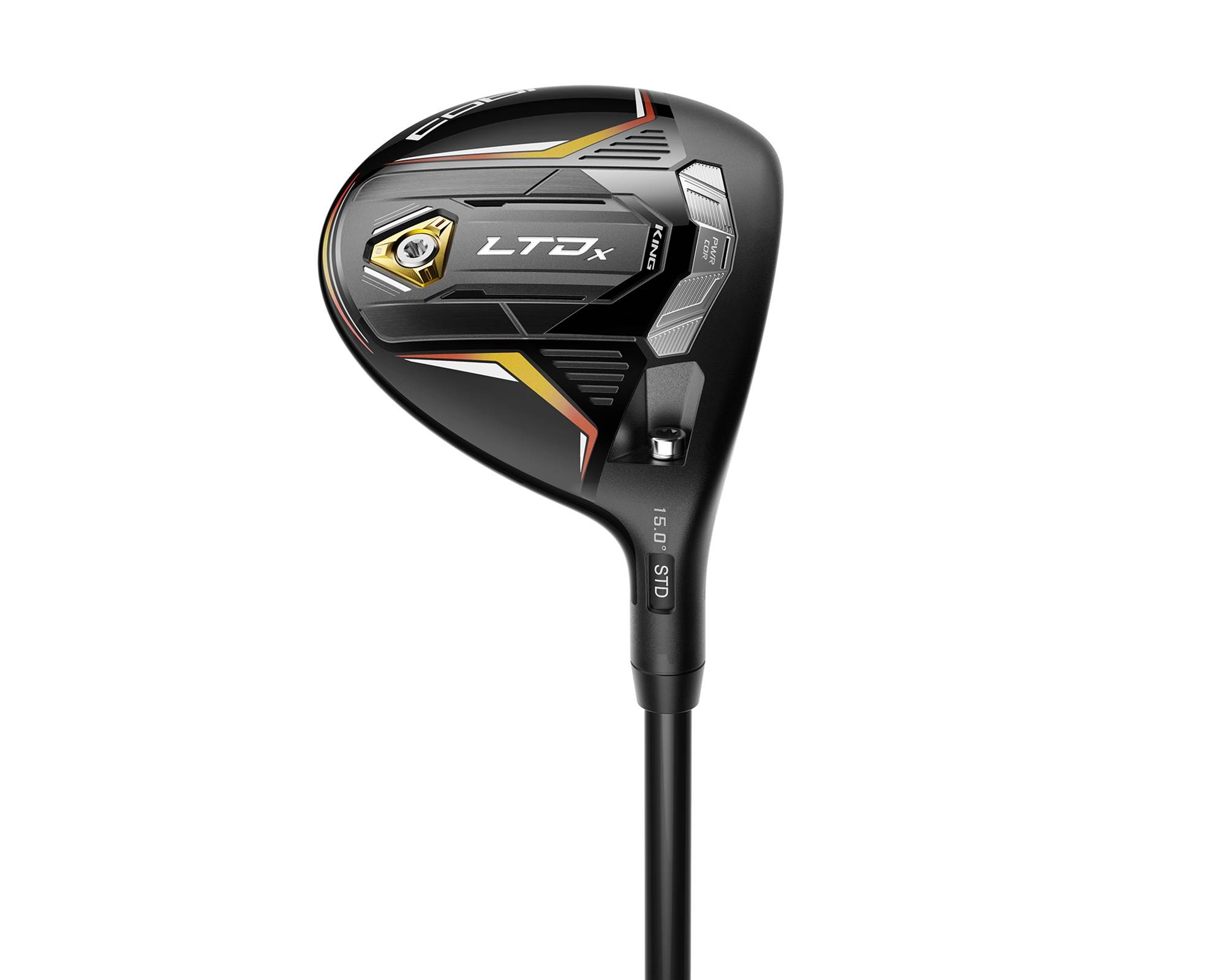 Utilising the PWR-COR and H.O.T. FACE technology highlighted in the LTDx driver, and a carbon fibre crown, COBRA engineers were able to move the CG low and forward for faster ball speed, while increasing MOI for more stability and forgiveness.

LTDx LS fairway – COBRA’s low spin fairway features progressive shaping – Big Tour shape in 3w with no rails, Tour Shape in 5w with hollow split rails. PWR-COR utilises tungsten and aluminium to position as much weight low and forward to increase ball speed, while H.O.T. FACE Technology uses 15 zones with optimised thicknesses to maximise speed across the face. An adjustable weighting system features a 12g and a 3g weight that can be positioned in the heel or toe to fine tune trajectory and spin.

LTDx fairway is offered in a traditional shape in a 3W with no rails, and a traditional shape 5W and 7w with hollow split rails that aid in turf interaction for steeper swings. A 12g fixed weight is positioned in the back for max forgiveness and high launch, while the PWR-COR weight low and forward creates the perfect balance of low spin and fast ball speed with forgiveness. 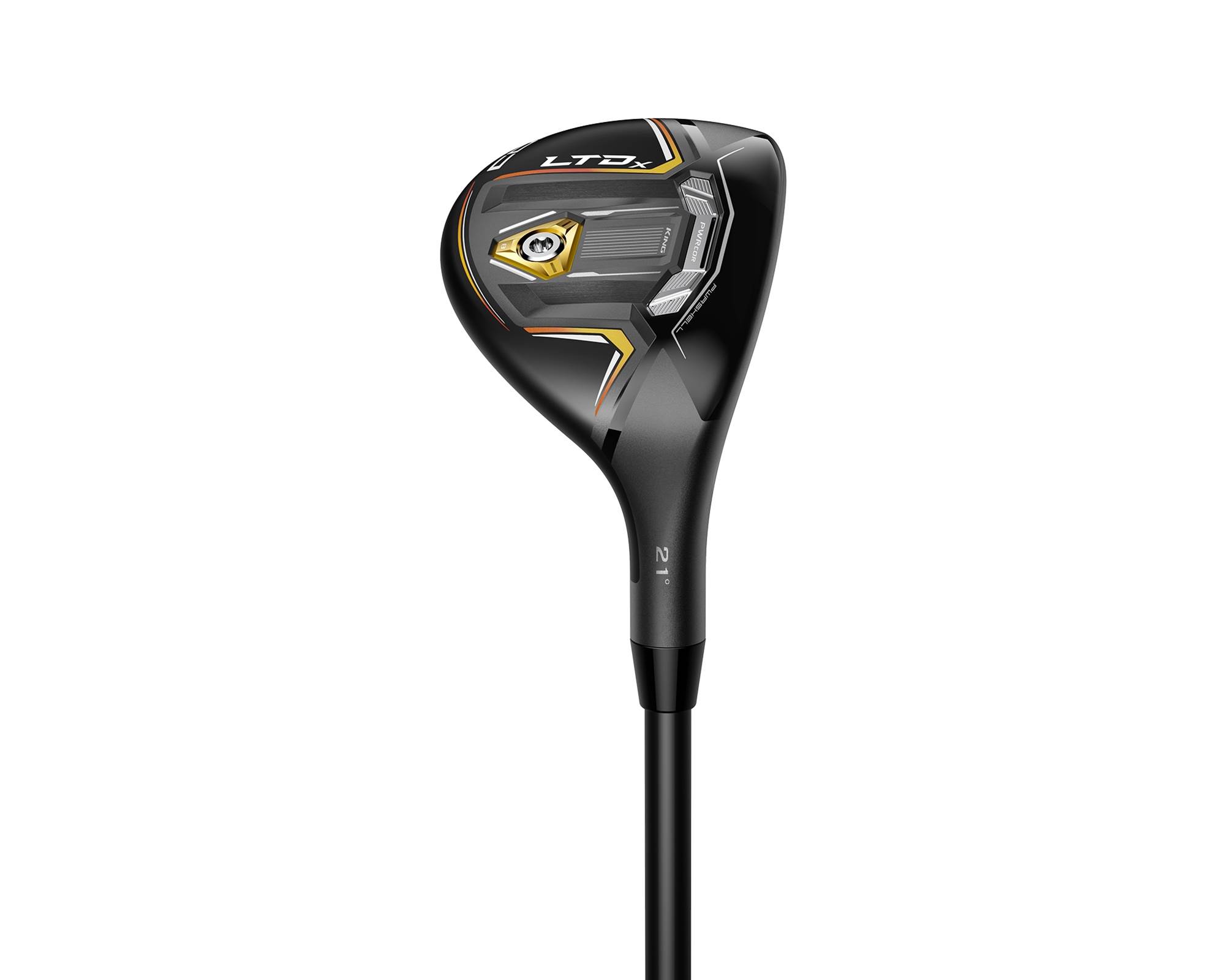 LTDx Max Fairway is COBRA’s most forgiving fairway that combines the fast and forgiving performance of the LTDx with additional draw bias for those that need slice correcting power. An adjustable weight system features 12g and 3g weights that can be positioned in the back or the heel to fine tune the amount of draw bias. PWR-COR and H.O.T. FACE Technology again deliver the fastest ball speed possible using low and forward weighting and an optimised variable thickness face design.

Rounding out the new family, LTDx hybrids are COBRA’s first mainline hybrids to feature ‘PWRSHELL’ Technology, which utilises an L-cup face design that is forged from a thin and strong stainless steel to generate up to 17 percent more flex for faster ball speed and higher launch across the face.

The hybrids are available in both standard and ONE Length models, also feature COBRA’s innovative PWR-COR and H.O.T. FACE technologies that take ball speed performance to the next level. The hybrids feature COBRA’s signature Hollow Split Rails that improve turf interaction and allow the club to glide effortlessly out of the fairway, tight lies, thick rough and even bunkers.

The new line will be available around Australia from late February.