Pulling away on the front-nine at foggy Lake Merced, Castren held off the challenge of overnight leader Min Lee for a two-shot victory.

"Oh, my God. I can't believe it's happening," Castren said.

"I mean, I knew one day it would be me, but you didn't think it was going to be so soon. But I'm obviously so happy right now."

Two strokes behind Taiwan's Min Lee entering the final day of the Tour's two-week run on the San Francisco peninsula, Castren birdied the first three holes, eagled the par-5 5th and birdied the par-5 9th for a front-nine 30.

She followed that with eight straight pars and holed a three-foot birdie putt on the par-5 18th for a seven-under 65.

"Oh, my God. I can't believe it's happening ... I knew one day it would be me, but you didn't think it was going to be so soon. But I'm obviously so happy right now." – Matilda Castren

The 26-year-old won in her 15th career LPGA Tour start.

She finished at 14-under 274 after tying for 30th last week in the US Women's Open at nearby Olympic Club.

"I was thinking about it the whole day, like winning, and I just tried to focus on one shot at a time. It just happened."

Lee carded a 69 to finish second – just missing out on becoming the only player to follow a secondary Tour victory with an LPGA Tour win in her next start.

Green had six birdies and an eagle in a sparkling 66 to finish alongside So Yeon Ryu (67) at eight-under – the second time the Aussie ace has finished T-3 in her past five events.

Beginning the final round seven shots off the pace, Green bogied the 5th before reeling off three birdies in her next five holes.

A bogey on the 10th temporarily halted her momentum but she bounced back immediately with consecutive birdies, and then took advantage of the par-5s with an eagle on 15 and birdie on the last. 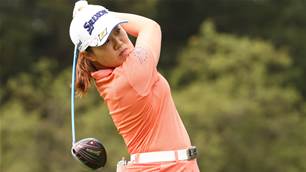 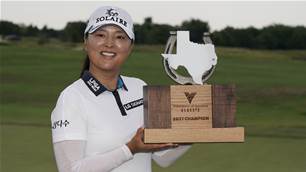