To cater to golfers looking for both outstanding feel as well as maximised distance and impressive playability, Callaway combined its proven technologies with premium materials and components to produce its new Epic Forged irons.

“The Epic Forged Irons offer golfers a sublimely satisfying feel at impact with incredible distance capability. They will be a market-leader in terms of ball speed. We have created an unbelievable performance combination here, and a remarkable achievement in golf club design and engineering,” Senior Vice President of Research and Development, Callaway Golf Dr Alan Hocknell said.

Produced under exacting standards, the new multi-material model is forged from 1025 carbon steel finished in platinum chrome, and features a ‘Suspended Tungsten Core’. The tungsten weighting is precisely placed in each iron for optimal centre of gravity (CG) positioning and represents the first time the suspended weighting system has been used in one of the company’s forged irons.

To place the weight into the ideal position, the tungsten is wrapped in a TPU over-mould then suspended in Callaway’s ‘Urethane Microspheres’, which remove impact vibrations to further refine and improve the feel created by the forged construction.

The malleable microspheres also work in concert with the Epic Forged’s ultra-thin ‘360 Face Cup’ featuring a shallow, flexible rim around the perimeter, allowing it to flex and release unhindered at impact to deliver greater ball speeds across a larger area of the face.

Offering loft specific performance, the new Epic Forged irons incorporate a new ‘VFT’ (variable face thickness) pattern in the mid and long irons for consistency in both spin and ball speed, while the short irons contain a metal-injection moulded tungsten weight higher in the body for trajectory and shot shaping control where it is needed most.

To complete the ultra-premium combination that is the Epic Forged, which will be available in stores from August 9, Callaway have included Aerotech Steelfiber FC and Mitsubishi Tensei AV Silver among the shaft options, and Golf Pride Tour Velvet Align Silver grips come standard. 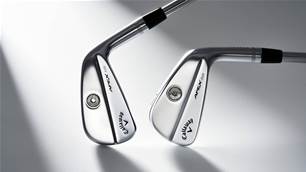 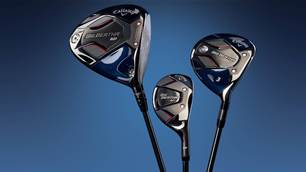 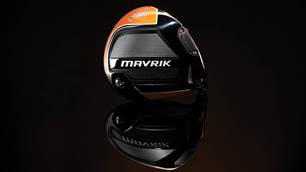