Royal Canberra’s Harry Bolton has underlined his immense talent with a come-from-behind win in the NSW Country Championship at Forbes Golf Club over the weekend.

Bolton held his nerve the best in a see-saw battle which saw the lead change hands several times over the closing holes to finish at nine-under-par for the two-round tournament, a shot in front of Dubbo’s Jones Comerford, with Charlestown’s Jye Pickin in third place, another shot back at seven-under.

After starting the final round two shots behind first-round leader, Goulburn’s Dominic Falk, Bolton got off to a quiet start, and it wasn’t until the par-4 5th that he posted his first birdie for the day. He consolidated it with three more on the front nine to turn for home at seven-under.

Bolton, however, wasn’t the only one who was stalking the lead. Playing in the group in front, Comerford found some form, and with five birdies in the opening nine holes, soon became the player they were chasing.

Comerford continued to pile the pressure on with birdies on the 12th and 13th to get to eight-under. A third birdie on the 16th (his 17th) to get to nine-under with a hole to play looked like it might be enough, but when he couldn’t save par on the 17th, his tournament was over.

“With tournament golf back, it’s nice to get off to a hot start with a win like this.” - Harry Bolton.

Pickin, playing alongside Falk and Bolton, also turned in two-under to grab a share of the lead at the halfway mark, while Falk was hanging on just a shot back.

Sadly for Pickin, a misbehaving driver meant his chances were few and far between on the run home, and his seven-under total saw him fall a couple short, while for Falk, the red-hot putter he rode to seven birdies in Saturday’s open round suddenly went cold, leaving him rueing plenty of missed opportunities.

Bolton, however, was the man who held his nerves in check, and five straight pars from the 10th to the 15th kept him close enough to pounce.

Birdies on 15 and 16 got him to nine-under, and a miracle par save on the 17th meant a regulation par on the last was going to be enough for the 24-year-old to lift his first major trophy.

“With tournament golf back, it’s nice to get off to a hot start with a win like this,” Bolton said post-round.

“I said to my mum yesterday I still had some nervous jitters getting back into the mix of it, but it was nice to be back playing.”

Bolton said the forced break from tournament golf due to COVID-19 hadn’t been all that hard, but admitted it was a struggle to remain focussed at times during the lockdown.

“Not being able to travel for tournaments, then being locked down in Canberra was pretty difficult, we weren’t even allowed onto the course for a period, so kind of hard at times.”

A change of coach in April also meant he had plenty to work on, and the switch was now bearing fruit.

“I’ve been shooting some good scores at home which has been nice, but the main thing is hitting a lot of fairways and a lot of greens. My ball-striking has come a long way and I’ve got my new coach Andrew Welsford to thank for that.”

The Country Championship win guarantees Bolton a return trip to next year’s Golf Challenge NSW Open at Concord Golf Club in March. After collecting leading amateur honours at this year’s championship, he is already planning his assault.

“I love Concord and it’s a track which suits me really well. I’ve made a lot of improvements in the past few months, and I’m looking forward to getting back, especially after earning my way back in, with my golf, by winning a tournament like this.” 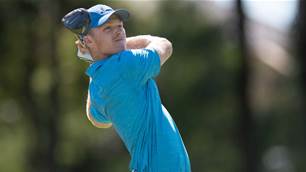 Tournament golf ready to roll in NSW this weekend 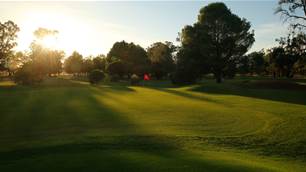