Home favourite Christiaan Bezuidenhout picked up back-to-back wins on the European Tour after a final round 69 proved enough for him to claim the South African Open title at the Gary Player Country Club.

Bezuidenhout carded only three bogeys over the four days with some exceptional hitting off the tee and consistency with the putter as he finished with a tournament total of 18-under par.

It is a third victory on Tour for the 26-year-old Bezuidenhout and comes hot on the heels of his win in the Alfred Dunhill Championship at Leopard Creek last weekend.

"It's unbelievable to stand here with an SA Open win. It is every South African golfer's dream to win the national championship," he told reporters.

In the end he secured a five-shot victory over Welshman Jamie Donaldson (69), whose consolation is a place at next week's World Tour Championship in Dubai.

"It's unbelievable to stand here with an SA Open win. It is every South African golfer's dream to win the national championship." – Christiaan Bezuidenhout

"I have fought hard today. The front nine things did not go my way. I am just happy to come out with a win," Bezuidenhout said.

Bezuidenhout had promised he would not take on the course in his final round, and a conservative front nine saw him drop a shot on the par-4 8th.

That seemed to spur him into action, and when he birdied three holes in a row between 10 and 12, he knew the championship was his to lose.

"It was massive. I knew I just needed to make pars coming in after that. Today was tough, I had to be patient," he said.

Donaldson kept attacking all round, but his six birdies were offset by three bogeys, the last on 12 ending his realistic hopes.

The South African Open is golf's second-oldest national championship, having first been played in 1893. 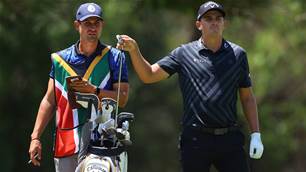 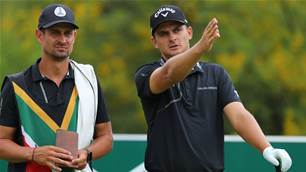