Jim Ferrier kick-started a curse that troubled Australian sport for 63 years. Here are nine Australian heartache stories from the Masters.

Ferrier was steaming towards the title after finishing inside the top six in three of his previous four attempts at Augusta National. He walked off the iconic par-3 12th in the final round at eight-under par for the week with a five-shot lead. Ahead of Ferrier, American Jimmy Demaret, a two-time winner at the time, birdied the 15th and 16th holes to post five-under in the clubhouse. And then Ferrier collapsed spectacularly, bogeying five of the final six holes to turn his five-shot buffer into a two-stroke loss to Demaret and Australia's Masters curse was born. Ferrier finished with five top-five finishes in his Masters career without winning.

Jack Newton cut an eight-shot deficit to Seve Ballesteros to just two as things tightened up down the stretch but the young Spaniard rallied with a birdie blitz to leave Newton as the runner-up, four strokes back.

Greg Norman carried a one-shot lead into the final round but a double bogey on the 10th hole put his title chances under threat. Up ahead a 46-year-old Jack Nicklaus was sending the patrons into a frenzy as he shot a six-under 30 on the back nine to post a seven-under 65 and grab the clubhouse lead at nine under. Norman incredibly birdied 14, 15, 16 and 17 to tie the lead and only needed to par the last two take the Golden Bear to extra holes. After splitting the fairway he flailed a 5-iron approach way right and failed to get up and down, handing Nicklaus his 18th and last major. 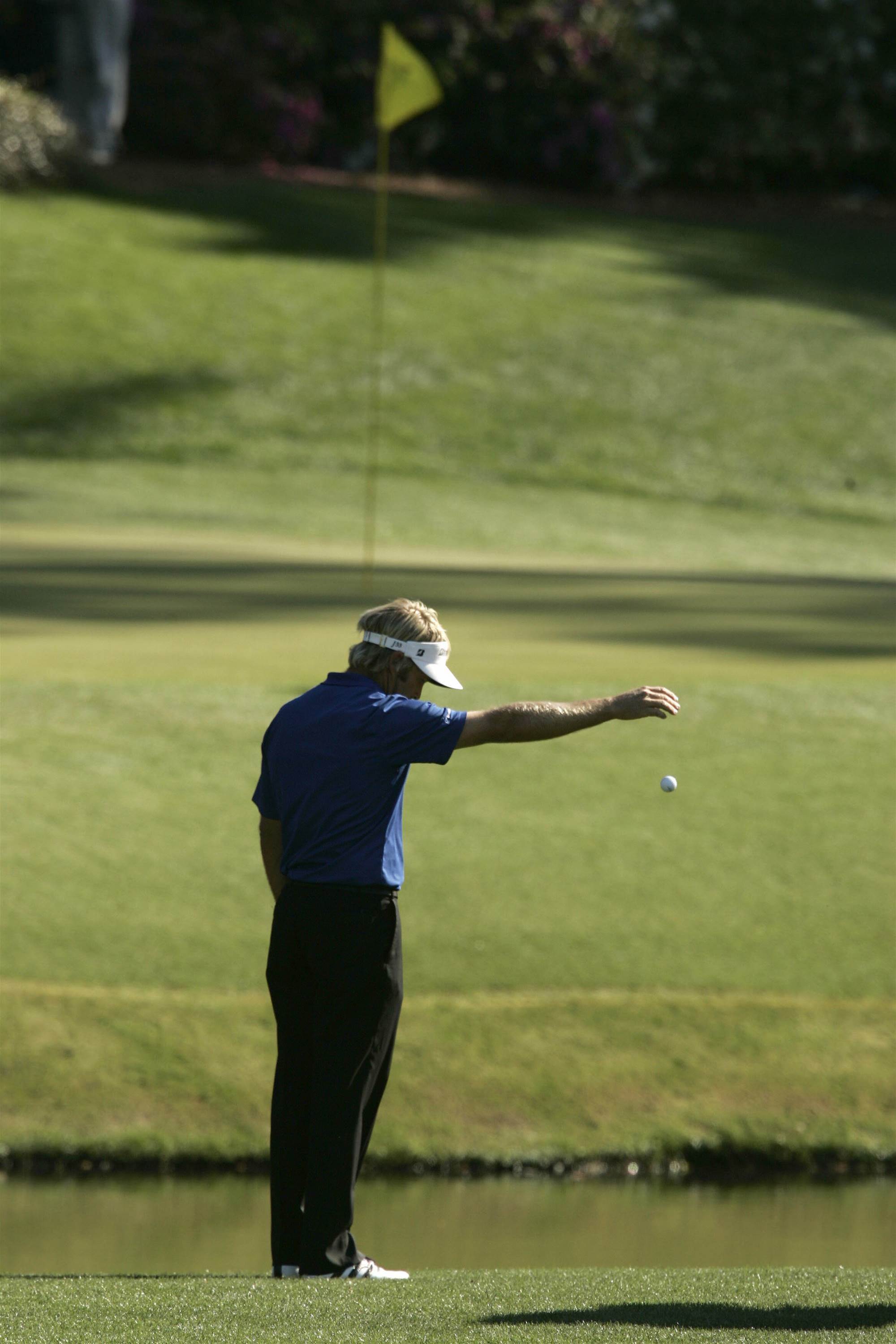 Norman returned hell bent on atoning for the finish a year earlier and started the final round one shot back of the lead. He rallied from early back-nine bogeys and buried a 35-foot birdie on the 17th hole to join the lead. A birdie effort on the 18th hole to win was agonisingly close but didn't fall, putting him into a playoff with Seve Ballesteros and Larry Mize.

After Ballesteros faltered out on the opening playoff hole, Norman appeared in great shape when he hit the 11th green while Mize missed on the right side. But Mize produced a chip that rattled into the pin at serious pace and dropped into the hole. Norman couldn't respond and missed out again.

Craig Parry pushed his way to a one-shot lead with a round to play but had a nightmare Sunday 78 as Fred Couples claimed the green jacket.

Greg Norman dominated through three rounds, setting up a six-shot lead over Nick Faldo. But a Sunday collapse of epic proportions sent Norman spiralling out of contention in his greatest career crash. His 78 left the Great White Shark raising the white flag in a five-stroke defeat.

In his last-ditch effort to make up for the previous heartaches, Greg Norman eagled the 13th hole on Sunday to join the lead. But the golf gods reached out and smacked him again as he bogeyed the next two holes and ended up three back of champion Jose Maria Olazabal.

Stuart Appleby slept on the 54-hole lead hoping to bury the demons of his idol Norman. But Appleby's Sunday was doomed from the start as he opened with a triple bogey and dropped to seventh place as Zach Johnson prevailed.

On a wild Sunday where multiple players had a piece of the lead, Adam Scott, Jason Day and Geoff Ogilvy all joined the party. Scott led by two with two to play as Day birdied the final two to join him as a clubhouse leader. But behind them South African Charl Schwartzel became the first champion to birdie the final four holes to win.