Australia's challenge at the Asia-Pacific Amateur Championship fizzled amid Singapore's humidity and an electrical storm.

Opening round leader and former course record holder David Micheluzzi and top-ranked Australian Min Woo Lee had designs on claiming the prized possession of a start in next year's Masters and Open Championship.

The duo started their final rounds at the Sentosa Golf Club on Sunday four strokes off the pace set by defending champion Yuxin Lin of China.

However, title hopes ebbed away as Micheluzzi and Lee produced their worst rounds of the tournament in trying conditions to slip down a leaderboard ultimately headed by Japan's Takumi Kanaya.

Micheluzzi signed off with a seven-over 77, a birdie-strewn effort highlighted by a galling eight on the par-3 17th.

The Victorian World No.13 lowered the course record with a six-under 64 on Thursday and given it was unrealistic to expect another three rounds of that quality, Micheluzzi was upbeat after finishing in a tie for 30th at one-over. 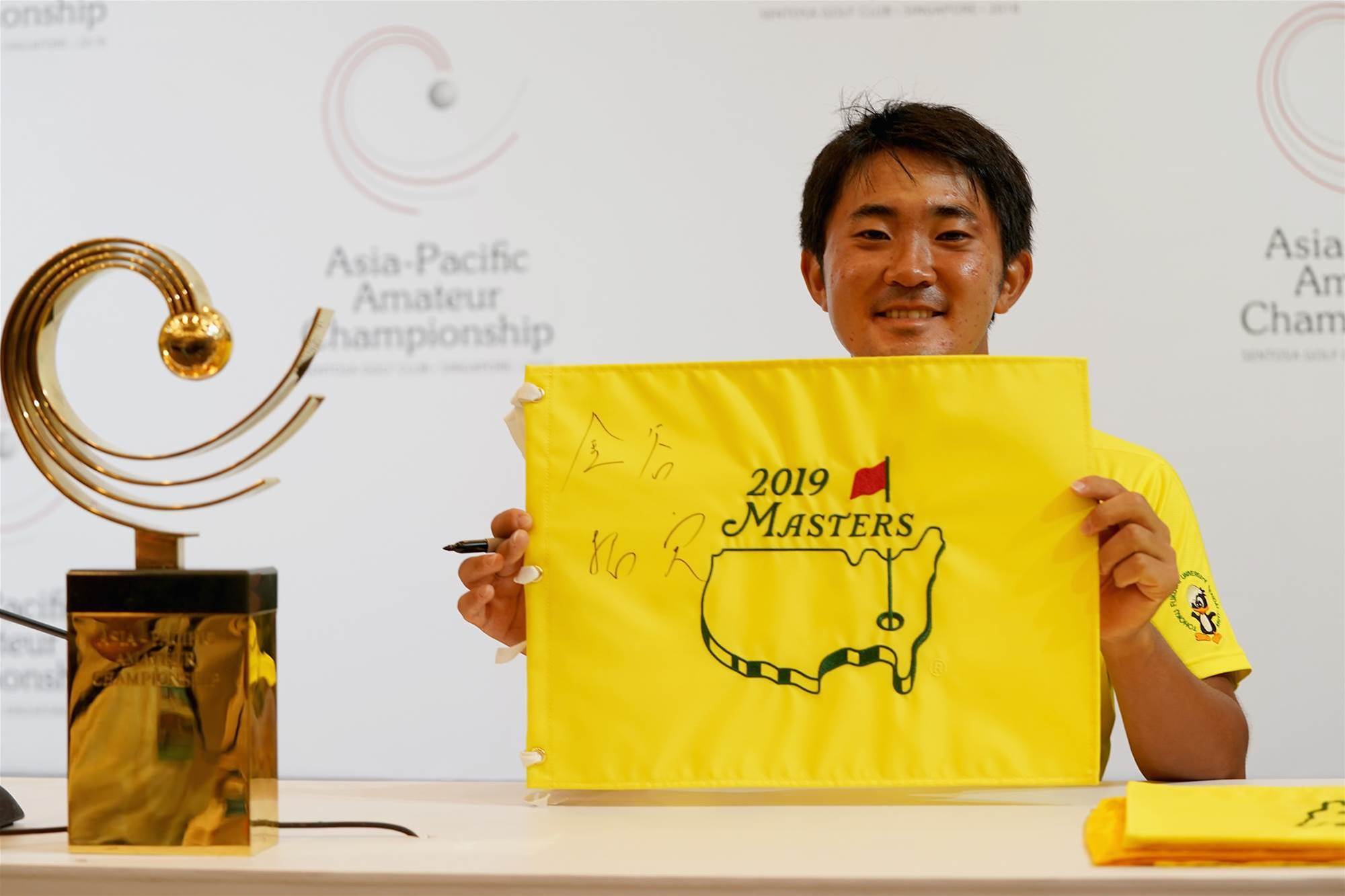 "I wasn't playing my best coming into this event. I was really struggling but I played very well on the first day," he said.

Lee, the World No.9, also suffered during a day that included a 75-minute delay due to thunderstorms.

The Fremantle-based 20-year-old followed three sub-par rounds with a three-over 73 to be in a share of 16th at three-under.

Blake Windred was the only Australian to construct a sub-par round with a 69, leaving him even for the tournament alongside Dylan Perry (71).

Zach Murray finished at one-under after 71.

Lin, who erased Micheluzzi's benchmark with a stunning eight-under 62 on Saturday, also tumbled out of contention to a tie for ninth thanks to a 75.

Kanaya's five-under 65 powered the 20-year-old to 13-under and two strokes clear of compatriot Keita Nakajima and India's Rayhan Thomas.