Adam Scott’s struggles on Wentworth’s opening holes proved to be the Queenslander’s fatal flaw as he fell from contention in the final round of the European Tour’s flagship BMW PGA Championship.

Starting the final round two shots back of Italian Francesco Laporta, Scott (71) dropped a shot at the first hole for the second time this week and when he made bogey at the par-4 sixth headed further south on the leaderboard as the front-runners gathered pace.

Unlike in the previous three rounds Scott was unable to claw any shots back prior to entering the back nine, a birdie at the par-4 11th the 41-year-old’s first step in the right direction.

Two closing birdies on Wentworth’s par-5 finishing holes was a fitting end to what was an otherwise excellent week, Scott finishing in a tie for 14th at 13-under-par, six shots back of American winner Billy Horschel (65).

South Australian Wade Ormsby, the only other Aussie to make the cut, had three birdies and three bogeys in his final round of even-par 72 to finish in a share of 49th

Like Scott, Rod Pampling began the final round of the PGA Tour Champions Ascension Charity Classic within reach of the top of the leaderboard but struggled in Sunday’s final round.

One back at the start of play, the Boeing Classic champion tangled with Norwood Hills Country Club’s rough on his way to a bogey at the par-5 second and fell further from the lead when he made double bogey after finding the water with his approach shot at the par-4 fifth.

There were additional bogeys at six and nine in an outward nine of five-over 41, Pampling recovering somewhat with a back nine of two-under 33 for a round of three-over 74 to finish tied for 23rd, one stroke clear of fellow Aussie John Senden (71)

Stephanie Kyriacou (73) and Whitney Hillier (71) finished locked together in a share of 24th at the Swiss Ladies Open on the Ladies European Tour while Peter Fowler was the best of the Aussies at the Scottish Senior Open in a share of 19th. 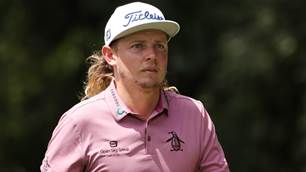 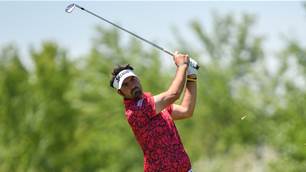