John Catlin of the United States sank a clutch birdie putt on the last hole to win his second Asian Tour title in a thrilling final round at the US$300,000 Sarawak Championship on Saturday.

The 27-year-old held his nerve before rolling in a five-foot putt on the par-4 18th hole to edge his closest challengers – Jazz Janewattananond of Thailand, Danthai Boonma and Paul Peterson of the United States – by a single shot at the Damai Golf and Country Club.

There was very little breathing space for Catlin in the final round but he eventually prevailed after returning with a bogey-free six-under-par 66 for a 22-under-par 266 total in the inaugural Asian Tour event.

A fast charging Jazz birdied 16 and eagled 17 for a superb 64 to set the clubhouse target on 21-under before settling for second place with countryman Danthai (66) and overnight leader Peterson, who also birdied the last to finish with a 68.

With Jazz safely in the clubhouse, the Sarawak Championship looked likely to enter extra time before Catlin stepped up to sink the crucial putt under immense pressure.

“The putt on the last hole was huge because of all the putts from that distance which I missed this week,” Catlin said.

“The win in China was monumental because if I had to go through what I did today without winning earlier this year, I’m not sure if I could have pulled it off. It was nice to have that little bit of winning experience to calm me down.”

Jazz failed to win back-to-back titles but the result will give him and Danthai the much-needed confidence ahead of their Major debut at The Open in two weeks.

The 30-year-old Peterson was disappointed not to win the Sarawak Championship where he held the lead since the opening round. He piled the pressure on Catlin with a cool birdie finish on the last but eventually settled for second place. 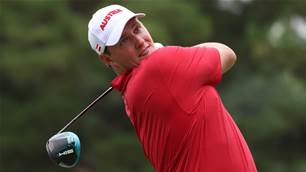 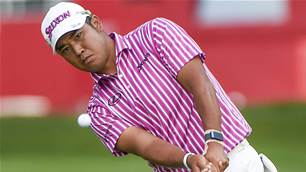