Mexican birdie machine Abraham Ancer has played the round of his life to burst from the pack and seize command of the Australian Open after a drama-charged third round in Sydney.

No less than eight players topped the leaderboard at various stages on Saturday on the windswept Lakes layout.

But it was Ancer who had all the answers in a brilliant, equal tournament best seven-under-par 65 that rocketed him five shots clear of the field at 13-under for the championship.

The 27-year-old rated his round the best of his career – "given the conditions".

"It was a tough round. I knew it was going to blow all day so I had to stay patient," Ancer said.

"It was a very challenging round but everything went my way and, whenever something didn't go my way, I managed to make at most a bogey which, out here, was pretty good." 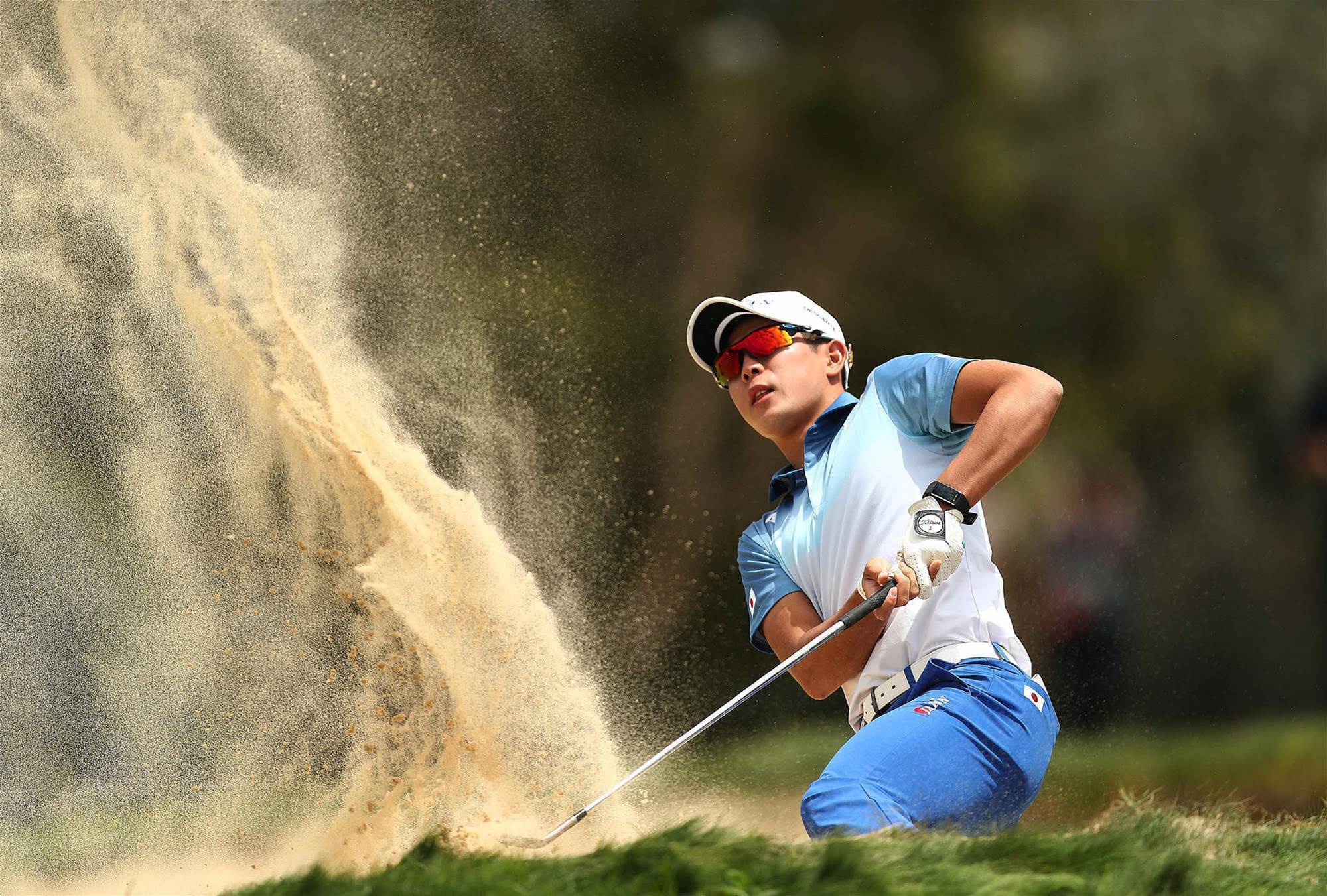 Keita Nakajima splashes out from a bunker during the third round of the Australian Open at The Lakes. PHOTO: Mark Metcalfe/Getty Images

Japanese amateur Keita Nakajima is Ancer's closest pursuer at eight-under after a steady round of 70 soured by a bogey on the last.

Marcus Fraser – the winding back veteran who proposed scrapping Open prize money pre-tournament – returned a 71 to be a further shot back in a tie for third with American star Keegan Bradley (71).

Bidding to become the first Mexican to claim the Stonehaven Cup, Ancer assumed control with five-successive birdies from the sixth to 10th holes as his rivals unravelled.

No one imploded worse than joint halfway leaders Max McCardle and Byeong Hun An.

McCardle opened both nines with double bogeys in a three-over 75 that left the former mechanic and Adelaide airport worker at five-under and eight shots adrift of the runaway leader.

And after lighting up The Lakes on Friday with a hole in one, An was unable to find any such magic on Saturday, a double-bogey six on the 13th after needing three chips to find the green, the low point in a horror round of 76.

The South Korean will start Sunday's final round nine shots off the pace.

Defending champion Cameron Davis, having fired the third-best round of the day, a four-under 68, to drag himself into red figures for the first time all tournament, is 10 back.

After reeling in Jason Day from six behind last year at The Australian, Davis will need a golfing miracle on Sunday to catch Ancer, who had rattled off nine birdies in all on a moving day not lacking controversy either.

Rising Queenslander Jake McLeod thought he'd captured the outright lead on the fourth hole, only for last week's NSW Open winner to be penalised one stroke for waiting too long for his birdie putt to drop.

Officials deemed McLeod had waited 15 seconds for the ball to drop into the cup, when players are permitted only 10 seconds.

The 24-year-old remonstrated with rules officials after being docked a shot – and thus recording a par – claiming the ball was still moving.

He collapsed to four under par for the Open after a three-over 75.