David Micheluzzi, the second-highest ranked player in the field at World No.4, is targeting the Asia-Pacific Amateur Championship (AAC) later this month in Shanghai to return to the winner’s circle.

The 23-year-old Australian, popularly known as ‘Micha’, has been one of the most consistent performers in the World Amateur Golf Ranking (WAGR), but hasn’t clinched a win since the Australian Master of the Amateurs in January 2018.

The strength of his game was on display in June with a brilliant result at The Amateur Championship in Ireland, where he fell to eventual champion James Sugrue in the semi-finals. He also starred at the 2018 AAC in Singapore, where he led after a sensational 64 on the opening day.

Micheluzzi is eager to deliver in his second appearance at the AAC, an ‘elite’ WAGR event, when he tees up at Sheshan International Golf Club in Shanghai, China. The 2019 championship is set for September 26-29.

“I can't wait. The Asia-Pacific Amateur Championship is a massive event for the Asia Pacific region and very special to us players. And what a great venue in Sheshan International Golf Club to have this championship at,” said Micheluzzi, who holed out for an eagle at the par-4 18th hole of Sentosa Golf Club in Singapore in the first round last year before eventually finishing T-30.

“It definitely is ‘unfinished business.’ I got a taste of the lead for a bit in the championship, but my last 25 holes weren't my finest. However, I've learned what to do in those situations and hopefully, can get the job done this year.” Micheluzzi led the 2018 AAC in Singapore after opening with a 64. PHOTO: Supplied/AAC.

The Melbourne resident, who attends the world-famous Victoria Institute of Sport, added that he was optimistic and determined when it comes to his game.

“I haven't won since the start of 2018, which has been frustrating because I've had a lot of close finishes. The way I look at it, I just have to keep putting myself in contention and have the least amount of shots at the end of the day,” Micheluzzi said.

“If I can do that and win the AAC title, it would mean a lot to have that on my resume and get an opportunity to play in majors that I have grown up watching. To be able to do that as an amateur would be an experience of a lifetime and the best way to learn to develop your game.”

The AAC champion will earn an invitation to the 2020 Masters Tournament at Augusta National Golf Club and a place in The 149th Open at Royal St George’s. The runner(s)-up will secure a position in The Open Qualifying Series.

The AAC was created in 2009 by the Asia Pacific Golf Confederation (APGC), the Masters Tournament and The R&A. A field of 120 players from 39 Asia Pacific nations is expected to compete in the championship, which returns to China for the third time. The country hosted the inaugural AAC in 2009 at Mission Hills Golf Club in Shenzhen, followed by the 2013 edition at Nanshan International Golf Club in Longkou City, Shandong.

Leading this year’s field, which is comprised of the finest men’s amateurs in the region, is the defending champion and current WAGR No.2, Takumi Kanaya of Japan. Other top-ranked competitors include No.11 Blake Windred and Chinese Taipei’s No.14 Chun An Yu.

The home challenge will be spearheaded by the 19-year-old Lin Yuxin of Beijing, who is hoping to become only the second player after Japan’s Hideki Matsuyama to win multiple AAC titles. Lin won the 2017 AAC at Royal Wellington Golf Club in New Zealand. 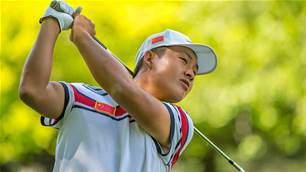 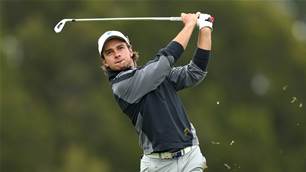