It’s date night. Your wife whisks you off to the movies and you’re subjected to some chick-flick that is so tedious you drift off to sleep through sheer boredom.

I did that about 20 minutes into The Notebook.

I only thought of this mind-numbing cinematic experience recently when I nodded off at my desk here at Golf Australia magazine watching Justin Thomas reduce Medinah, a once brutally challenging major championship venue, to little more than a pitch-and-putt course.

The stream of 320-yard plus drives – to any part of the golf course – followed by a wedge onto a soft, receptive green bored me stiff. Yes, I fell asleep sitting up.

I never imagined pro golf, which I have loved watching for four decades and written about for more than 23 years, ever becoming the sporting equivalent of a boring chick-flick.

Is this any different to pro golf at the moment?

Player smashes driver as far as possible without any real fear of where it will finish. Player finds ball and hits one of four wedges into a soft, receptive green. Best putter over four days wins. Roll the credits. Wake up!

It’s predictable and, ultimately, only becomes entertaining over the final 30 minutes of a four-day tournament.

As one golf media colleague, Adrian Logue, quite rightly points out: “The one word the PGA Tour should fear is boring.”

And he’s right. If passionate devotees of the game are bored with the product, what is going to attract the casual observer to stay with the game and, ultimately, play more golf themselves if what they’re seeing is predictable and, sadly, boring?

So what’s the answer?

Rollback the regulations on equipment. The ball carries too far and too straight, which is a combination of ball and club technologies at play.

Tour players are benefitting most from these advancements, which allow them to swing flat out and generate clubhead speeds between 120 and 130 miles per hour. At that speed, the ball speed created at impact is between 175 and 190 miles per hour. Put simply, a Tour player can swing as hard as possible at a ball that is designed to fly as far as possible because he has a club designed to be more forgiving on shots not coming out of the centre of the sweetspot. It’s the same story on the LPGA Tour where the average driving distance has increased markedly across the board in four years. In 2015, one player averaged more than 270 yards from the tee.

This year, 18 players cracked that mark with The Netherlands’ Anne van Dam topping the list averaging 284.148 yards per drive. John Daly averaged 288.9 yards in 1991, when he won the US PGA Championship, and was the longest hitter on Tour just ahead of Greg Norman at 282.3 yards.

The PGA Tour’s answer to combat the ‘bomb and gouge’ mentality of most modern Tour players is to set up its tournament courses with soft and narrow fairways, lined by thick rough, leading to receptive greens. It’s the same week-in-week-out.

Again, the powers that be need to regulate the equipment. Make the ball spin more and lower the maximum size of a driver clubhead.

A ball that spins more will not only carry less distance it will spin left and right more, which then brings some excitement back to the professional game. Geoff Ogilvy hit the nail on the head when he said a ball that spins more, doesn’t go as far, slices or hooks into the trees and challenges players to think and create a shot that gets them back in the hole.

Whereas, the really exciting stuff are the shots that make our jaws drop at their marvel … the flighted-down 180-yard shot that cuts 50-yards around trees to find a green from a seemingly impossible position. That’s not a shot that can be played from five-inch rough with a ball that fights to fly straight.

Social media provides plenty of evidence of what excites golf fans and makes the game attractive to a wider audience. Go to YouTube and the PGA Tour Channel, which boasts 472,000 subscribers. There you will find a video of Johnson almost holing his 489-yard drive on a downhill par-4 at Kapalua during the Tournament of Champions in January 2018. Since it was posted, the video has had 329,733 views. Impressive.

Fast forward to February this year and the PGA Tour posts a video of Tiger Woods cutting a 9-iron over and around trees from a fairway bunker, against the breeze, which finds the green and spins closer to the flag. This video has attracted 2,201,072 views. Wow!

The R&A and USGA are expected to release their joint Distance Insights Project Report shortly. The aim of the project was to explore the key contributors to distance in golf, the impacts of distance on the game and key stakeholders. It will make interesting reading.

In the meantime, I’m off to the movies. 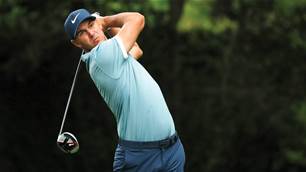