The Masters is not just one of golf’s four major championships, it is a unique event in the sporting world. Much of this can be attributed to the traditions and regulations the Augusta National Golf Club committee has put in place during the past 86 years. Here’s the best of them.

Is there anywhere on the planet where you can’t take your mobile phone these days? I only know of one … Augusta National. Phones are strictly forbidden and payphones are available if you need to call someone.

A ticket to the Masters is the hottest in the golf world. It comes at a price but once you’re inside the gates at Augusta National, the prices for food and drink are arguably the cheapest to be found at any major sporting event around the world.

The prices have not increased in nearly two decades. In fact, for US$60 you could by all 25 items on the menu.

The Augusta National GC Masters committee has a strong influence over the television and some renowned golfing terms are not to be used. Rough is always referred to as the “second cut”, while fans or galleries must always be called “the patrons”

More than 30 varieties of azaleas can be found around the course and are the most identifiable plant patrons come across.

One of the more modern traditions at Augusta comes during the practice rounds when players are urged to skip a ball across the lake between the 16th tee and green. Jon Rahm and Vijay Singh have both recorded aces after skipping their ball. The Wednesday Par-3 Contest has evolved into a very family-friendly event where players are joined by their kids or other family members, dressed in white Augusta National caddie jumpsuits.

Anyone who has spent any time watching the Masters on TV will be familiar with the soft piano overture that comes and goes during the CBS broadcast. The song, called Augusta, first aired during the 1982 Masters and was written by Dave Loggins – a third cousin of the more famous singer/songwriter, Kenny Loggins.

Wouldn’t you just love to be a fly on the wall of what is one of the most exclusive dinner guest lists in the sporting world? This tradition – started by Ben Hogan in the early 1950s – boasts a room full of past Masters champions and has the reigning champion selecting the menu for the evening.

The chance to witness the game’s legends tee it up on the ground they once dominated is rare. But it happens every year at Augusta, signalling the start of the Masters and a new year of major championships.

The tradition began in 1963 with Jock Hutchison and Fred McLeod and has since included Gene Sarazen, Sam Snead, Byron Nelson and Arnold Palmer. This year, Jack Nicklaus and Gary Player will be joined by Lee Elder, the first African-American to compete in the Masters.

But, did you know, a player must return their green jacket to Augusta National one year after winning the Masters and, from that time on, it can only be worn at Augusta National. Not to mention, a multiple Masters winner only gets one green jacket unless of course his size markedly changes. 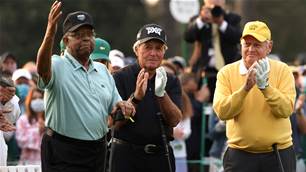 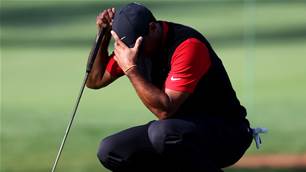