In this new series, resident movie critic, Adrian Logue, casts his eye over some cinematic classics, and some not so, where golf has played a co-starring role. Here, he puts the action-packed James Bond flick, Goldfinger, under the spotlight.

Goldfinger was the third movie in the James Bond franchise and the first in which all elements of the Bond blueprint would be established, and perhaps the last in which those familiar elements were charmingly fresh and not yet grotesquely exaggerated. 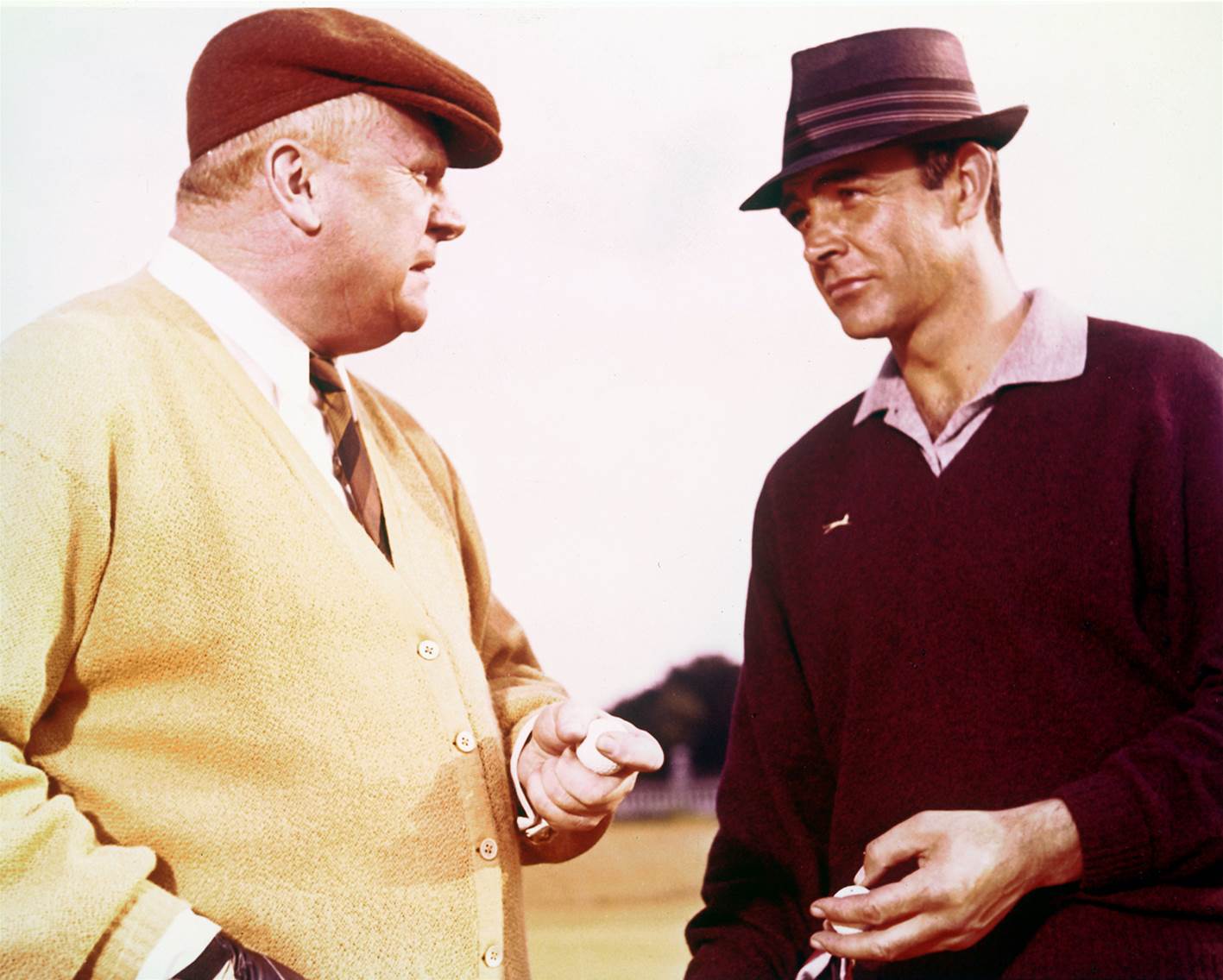 It was a box office sensation – the fastest grossing movie in history at the time. It was so successful, it convinced the Bond producers to double down on this formula with ever more unlikely gadgets, high-concept stunts and campy hijinks.

Goldfinger burst onto screens in an era where spy films were suspenseful, noir-ish affairs, not the bombastic blockbusters of today. The first two Bond movies: Dr. No (1962) and From Russia with Love (1963) portrayed a menacing and clandestine world of espionage, which was perhaps more in keeping with author Ian Fleming’s source material.

All three of those first Bonds starred Sean Connery in his career-defining role and a case could be made for those films being one of cinema’s great trilogies … if they’d just stopped there. 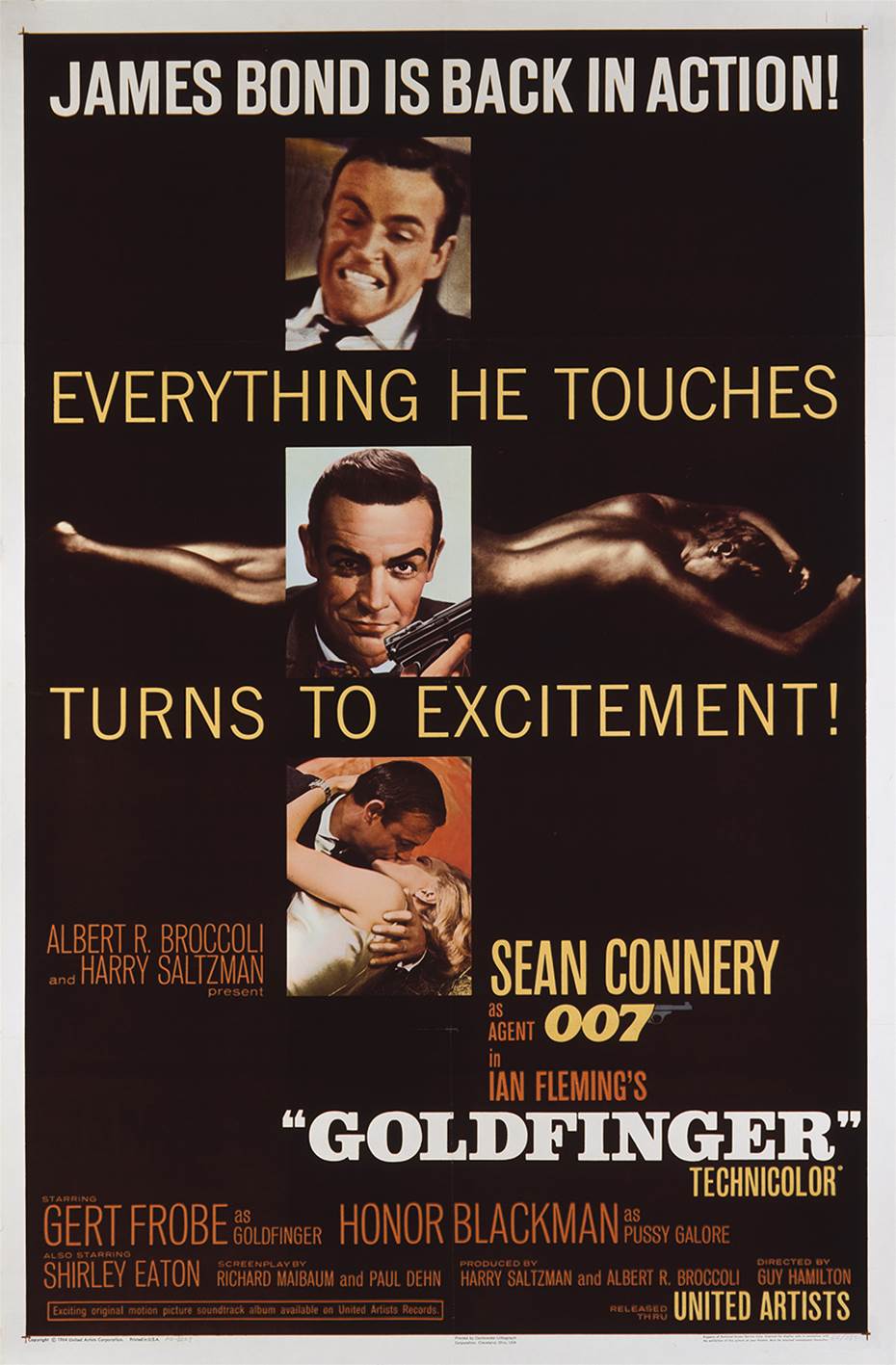 In Goldfinger we were treated to peak-Connery delivering one of his most assured performances. A discrete toupee extracting maximum value from his receding hairline, he carried himself with a casual, muscular bearing while his frequent shirtless scenes gave a suggestion of hirsute athlete rather than hairy Dad-bod. Even just one year later in Thunderball (1965) he was less debonaire, more lothario and on his way to being the bumbling professor of the third Indiana Jones movie.

IS IT A GOLF MOVIE?

Goldfinger is the source of many firsts in the Bond franchise but was special for another far more important reason – it contains one of the greatest golf scenes in movie history.

It comes relatively early in the movie, but Bond has already detonated a massive explosion to destroy an unexplained criminal operation, electrocuted a would-be assassin, foiled a card cheating scam, bedded three women, lost one of them suffocated in gold paint and gotten clocked over the head while fetching a chilled bottle of Dom Perignon ‘53.

By the end of this first act we’ve been introduced to the titular villain – Auric Goldfinger –England’s richest man and subject of Shirley Bassey’s powerful theme-song. He’s a self-professed life-long lover of gold, he loves everything about it - “its colour, its brilliance, its divine heaviness!”

The underlying theme of the movie is established at this point - it’s a man vs man contest. There’s Bond from a world of shaken martinis, throat-clearing butlers, wood-panelled sanctums and worsted suits, and there’s Goldfinger who mixes in the same circles but does so with the thug-ish extravagance of new money and a silent, bowler-hatted henchman/valet. 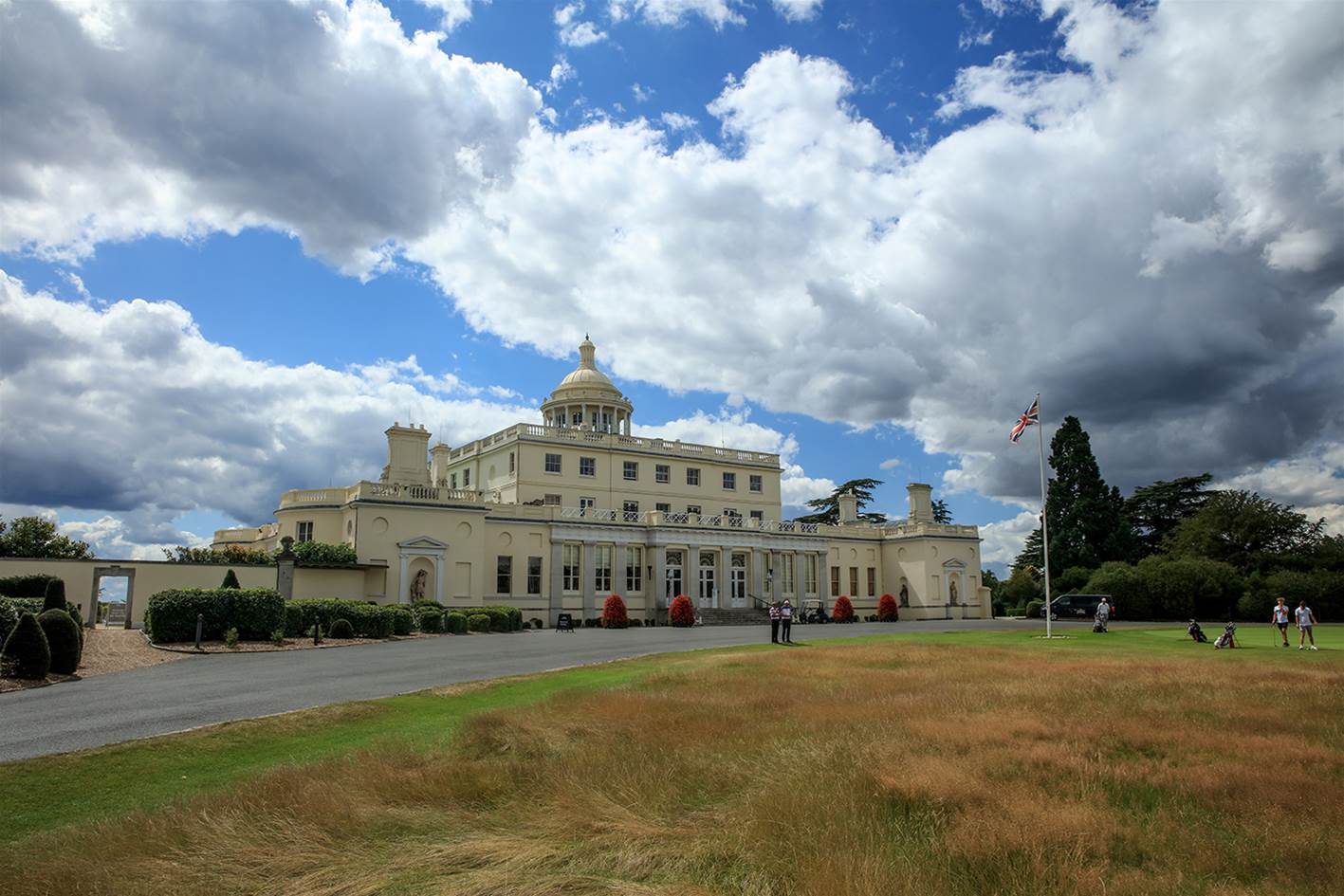 The boffins at MI6 conclude that Goldfinger’s unnatural love of gold can only mean one thing: he’s up to no good. So, they dispatch 007, who contrives a casual encounter via a game of golf at Stoke Park … or “Shtoke Park” as Connery would say…

Yes. Goldfinger portrays golf in a surprisingly authentic manner starting with the venue. Stoke Park is a lovely Harry Colt design a mere ten minutes' drive from the famous Pinewood Studios where numerous other Bond movies were filmed.

In the world of the movie, we learn that Goldfinger owns the club and in real life that’s not so farfetched. Stoke Park was recently acquired by an Indian billionaire Mukesh Ambani for £57million. Ambani – the 11th richest person in the world – apparently made his fortune in “energy and telecoms” which is exactly the sort of racket a modern super-villain would use as cover.

The golf scene is our first introduction to Goldfinger’s sidekick – Oddjob. A mute, smiling, immovable object. At first blush he’s quite a pleasant fellow – quirky but well-mannered, if he wasn’t such a murder-loving bad guy, you’d be campaigning for an Oddjob spin-off series where he decapitates a different interloper every week. Goldfinger claims he’s still training him as a caddie, but he really seems a natural at turn up, keep up and shut up. 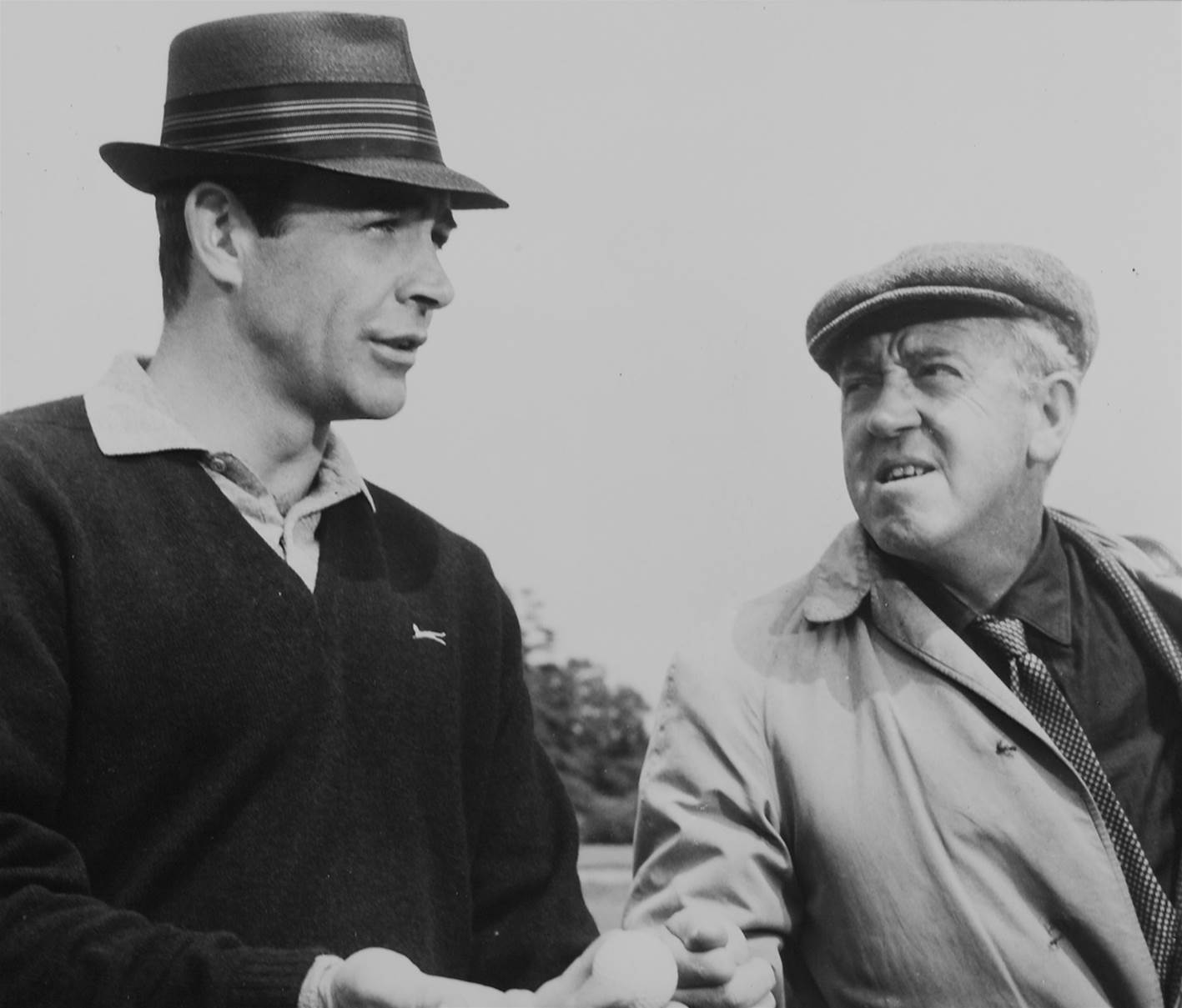 Bond’s caddie – Hawker– provides an obscure Aussie connection. He’s played by Gerry Duggan (pictured above), an Irish-born actor, who immigrated to New South Wales and became a regular on Australian shows including Skippy and A Country Practice.

The wardrobe for Goldfinger is superb, with Bond mostly clothed in various Saville Row ensembles. The golf attire is equally appropriate; 007 sports a simple maroon Slazenger jumper and black trousers while Goldfinger, played by portly German actor Gert Fröbe, peacocks around the course in a comfortable mustard cardigan and brown plus fours.

The equipment is lovely also. Simple persimmon woods and forged irons. Of course, this was the era of the 1.62-inch ball and two iconic brands play a role in the outcome of the match. Bond is playing a Penfolds Hearts, while Goldfinger plays Slazenger. Upon realising Oddjob has done the old drop-a-ball-down-the-trousers trick (he really is an excellent caddie), Bond does a deft switcheroo to make Goldfinger play a wrong ball on the final hole, thus losing the hole and the match according to the “strict rules of golf”.

Both actors have serviceable swings. The director even entrusts Fröbe to make a couple of full swings with his whole body in frame and no cutting away. Connery’s swing isn’t subjected to quite the same scrutiny but is made to look competent enough with some flattering angles and well-timed edits. Connery took golf lessons in preparation for this role, which would begin a lifetime obsession with the sport that could rival Goldfinger’s obsession with gold.

SHOULD YOU WATCH IT?

Most definitely. Goldfinger is not just one of the best Bond movies, it’s a legitimately good standalone movie with tightly-paced escapism grounded in a realism that Connery delivers as efficiently as a deadpan double entendre. This is 007 as a resourceful and determined field operative; cool, efficient and when the situation requires – calmly murderous. 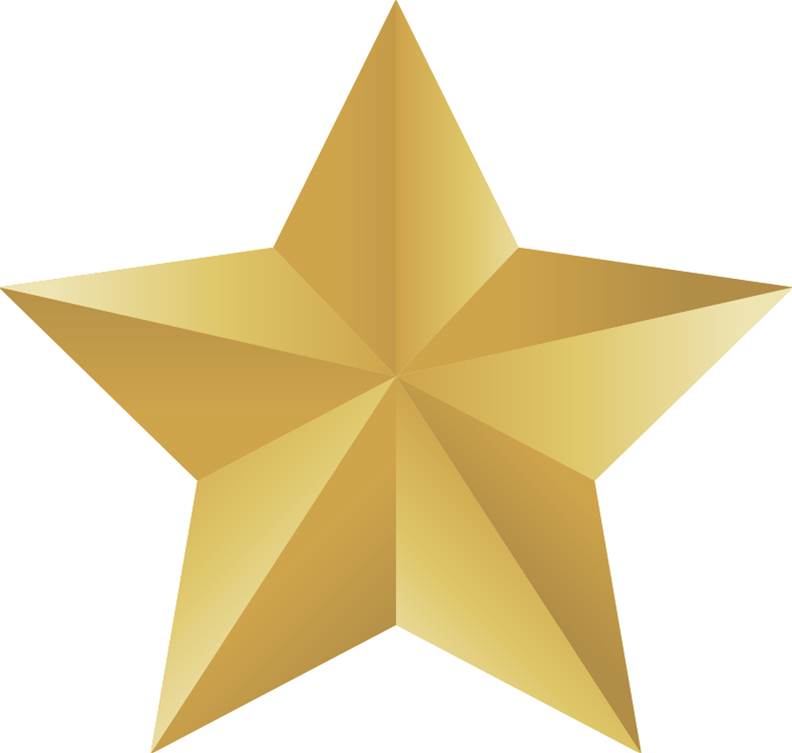 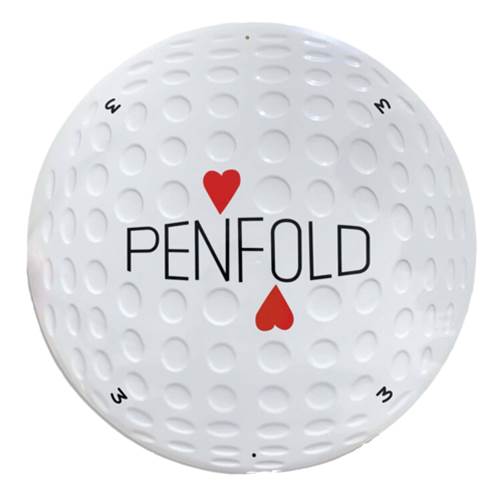 WHERE TO WATCH IT: Goldfinger is available to rent or buy on streaming services including Apple+ and Amazon Prime.