It is nearly 80 years since the last shots were played across the famed and acclaimed Lido Club in New York’s Long Island. But its spirit will rise again later this year with the opening of a Gil Hanse-designed layout on the other side of the world.

It is arguably the most famous lost golf course in the history of the game. Located on a narrow strip of an island just off the coast of New York’s Long Island, The Lido Club was a course before it’s time.

The driving force behind its creation was Charles Blair Macdonald (profiled on previous pages), who is generally regarded as the father of American golf course architecture. Having learned the game while a student at St Andrews in Scotland –including being tutored by Old Tom Morris – Macdonald won the first US Amateur in 1895. But it was course design, years after gaining success as a stockbroker, in which he excelled.

He based much of his design creativity on courses he had studied and played during his years in Great Britain and was at the forefront of the ‘Golden Age of Course Design’. His resume is full of classics including National Golf Links of America, the original Shinnecock Hills, The Greenbrier’s Old White course, Yale, Mid Ocean and Piping Rock.

And there was, of course, The Lido.

Macdonald was joined by the acclaimed Seth Raynor in designing the course. Construction began in 1914 and more than 2,000,000 cubic yards of sand were moved to transform his swampy blank canvas into a golfing wonderland, at a cost of nearly US$800,000 (about $20.8 million today).

When the layout opened in 1917, the esteemed golf writer Bernard Darwin called The Lido “the finest course in the world,” while others praised it as “the greatest golf course ever.”

Sadly, The Lido’s boom period was short and poorly timed. World War I was still raging when the course was still in its infancy. The Great Depression delivered its own powerful blow and the club was neglected and Winthrop was forced to sell it off to developers. The Navy took over the site during World War II and, in late 1942, The Lido closed its doors for good.

Today, Macdonald and Raynor’s Lido is buried beneath hundreds of homes and local schools. The street names – Fairway, Redan and Bunker Rd – are the only evidence of the golfing past that once covered the land there.

The mythical course may be gone but it was never forgotten.

This year, the spirit of the Lido Club will rise again, some 14,000 kilometres from the shores of Long Island … in Thailand. Acclaimed architect Gil Hanse will christen the full 18 at Ballyshear Links, a remarkable hole-by-hole homage to The Lido Club, in August. The new clubhouse will also make its debut, completing a transformation completely unique to the south-east Asian golf market.

“Normally,” Hanse says, “we feel strongly that a golf course should be the product of
its surrounds.

“But in the back of our minds, my partner Jim Wagner and I have often wondered what we would do with a completely flat site — what can you do to distinguish it?

“The most famous example of a manufactured golf course from The Golden Age was The Lido. Jim and I had always wanted to do a Macdonald/Raynor, angular grass-faced bunker design. We pitched the idea to the owner at Ballyshear and he loved it.” The 490-yeard 18th hole has a split fairway, offering a narrow, shorter route to the green. PHOTO: Supplied.

Ballyshear Links will open for play on the site of the former Kiarti Thanee Country Club, which partnered in 2017 with Yokohama International Golf Club — the Japan-based golf development and club operations firm — to redevelop the property in its entirety.

“The goal has always been to create something entirely new in the Bangkok market and it’s our strong feeling that Ban Rakat Club and Ballyshear Links will do exactly that,” Ban Rakat Club Chairman Takeyasu Aiyama said.

Aiyama is also chairman at Yokohama Country Club, where Bill Coore and Ben Crenshaw recently renovated the West Course. When Aiyama consulted Coore about the redevelopment of Kiarti Thanee CC, the American recommended Hanse and Wagner – two of the most sought-after architects in world golf. Cross bunkers on the 390-yard par-4 15th is a strategic high point of a round at Ballyshear. PHOTO: Supplied.

Their original work includes the 2016 Olympic Course in Rio de Janeiro, the Black Course at Streamsong Resort in Florida, and the new Ohoopee Match Club in the sand barrens of central Georgia — a course that debuted at No.32 in Golf Magazine’s US Top 100 ranking for 2020. The firm’s renovation portfolio features dozens of Golden Age classics, including three of four US Open sites on the trot – Winged Foot (2020), The Country Club (2022), and the North Course at Los Angeles CC (2023).

“The Ban Rakat Club project will showcase Hanse’s skill and expertise, while introducing his work to an Asian audience for the first time,” Aiyama says. “What’s more, vintage design projects such as Ballyshear have never before been undertaken in Thailand. In these and other ways, Ban Rakat Club will bring something completely unique to the market.” Drives must carry the edge of a lake on the par-4 12th hole. PHOTO: Supplied.

The so-called Golden Age of Golf Design – a period roughly bounded by the two World Wars – is revered because it demonstrably produced an outsized number of American masterpieces, from the likes of Donald Ross, Dr Alister MacKenzie and A.W. Tillinghast. But Macdonald and Raynor came first. Indeed, their body of work and their unique practice of templating classic, Old World golf holes — over and over again, at dozens of projects in the United States — proved foundational to this Golden Age.

Each hole at the original Lido Club, for example, was specifically inspired by existing holes — some famous (the Redan at North Berwick), some obscure (the Channel at Littlestone), some not European at all. Several Lido holes were inspired by those at the National Golf Links of America, a 1911 Macdonald design on the eastern end of New York’s Long Island.

During its brief existence, however, The Lido Club was considered the equal of Pine Valley Golf Club, which opened in 1919 and is still considered by many to be the world’s top-ranked course. The serendipities and mythos attached to The Lido are only enhanced with the passage of time. Prior to the Lido’s construction, the magazine Country Life held a golf hole design contest, whereby the winning submission would actually be built, by Macdonald and Raynor, at The Lido Club.

First place went to a then-unknown Dr Alister Mackenzie. His entry would become Lido’s 18th, which will be reprised once more as the closing hole at Ballyshear. Another entrant was Seth Raynor himself, whose runner-up effort, called Dog’s Leg, was also realised at The Lido and has been reproduced at Ballyshear’s par-4 2nd hole.

“I think I’ve played most of all of the original templates … those that still exist,” Hanse says, adding that he’s also played and studied dozens of iterations realised by Macdonald and Raynor between 1915 and 1925.

“MacDonald and Raynor adapted these templates over and over — and differently each time. Interpretation is part of the challenge. At Ballyshear, I think the 17th and 18th, with their shared waste bunker between them, came out extremely well. The scale of those two holes at Lido was impressive and we were able to capture that at Ballyshear.

“The Redan 16th hole also came out really well. The Punchbowl 12th is a very moderate version and works well. I’m also really excited to play the Biarritz 8th and Leven 9th. They are going to make for a really cool corner of the property.” The scale of the bunkering between the 17th (left) and 18th hole is as impressive as it was at the original Lido Club. PHOTO: Supplied.

The word “homage” may not do justice to Hanse and Wagner’s work at Ballyshear. Each and every hole from the original Lido design has been recreated and reinterpreted at Ballyshear, almost entirely in sequence. Only the 2nd and 6th holes were swapped in the Thai routing, due to constraints inherent to site boundaries.

The original Lido Club design was entirely man-made on flat, sandy terrain at seaside. Soil manipulation was easy and cheap. The construction effort in Bangkok proved no such thing. The terrain was appropriately flat but proved extraordinarily challenging in other ways. The high water table in Bangkok, for example, required the construction team to drive thousands of concrete pylons into the mucky soil to support the towering man-made landforms created above the surface.

“The original Lido was also predicated on the ground game,” Hanse explains. “We used the new Zeon zoysia grass to create those conditions in Rio. At Ballyshear, we’re using a local variety of zoysia, cultivated in Thailand, which should produce the hard and fast conditions we need.” The hard and fast conditions we associate with links play, with golf on sandy ground, is vanishingly rare in south-east Asia. Indeed, compared to North America, Great Britain and Australia, there is little cachet attached to vintage design in Thailand, where courses are generally newer, with lush and garden-like conditions. Yet the country also boasts a sophisticated golf market and culture, with some 200 courses in operation. Thailand is also Asia’s strongest incoming golf tourism sector, adding to the million-plus native players.

“Ballyshear is going to be so different from anything that exists in Thailand today, it’s going to be fascinating to see how the course is received,” Hanse said. 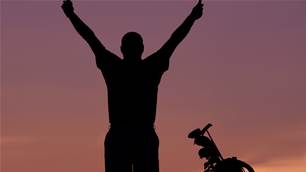