We met custom-fitting specialist Simon Davey and put the newest drivers from Mizuno to the test. FIRST IMPRESSIONS: I was very excited to get my hands on the ST190 drivers and start my testing. One of my old favourite drivers was Mizuno’s MP-600 that had classic looks and reliable performance. Although very different to that model, the ST190s really impressed.

Firstly, I underwent a fitting with Mizuno’s custom-fitting specialist Simon Davey that helped pick the best loft and shaft. Trackman readings confirmed instantly that both models were outperforming my own driver in both distance and dispersion. The launch angle and spin rates of both drivers were right in the ideal spot for my swing speed.

Straight away, from my first hits with the ST190 and ST190G, I was drawn to the standard model (the G signifying adjustable weighting). The Feel was much more solid off the clubface and the forgiveness was extremely noticeable for me.

HOW IT PERFORMED: As my time and testing across various sessions went on with both heads my preference for the ST190 continued to come through, but I certainly wasn’t disappointed by the ST190G. The difference in feel and sound is certainly noticeable. Due to the weight tracks, the G features a higher-pitched noise that sounds powerful, while mis-hits are more obvious. The feel of the ST190 is a duller sound that is reminiscent of some of the best composite drivers I have hit in the past.

In terms of looks at address, there is no discernible difference between the two models to my eye. And the black top that has replaced Mizuno’s previous blue is a classic look, with the crown slightly more rounded than some other current models.

Hitting the two models side by side I certainly found the ST190 to be the straighter of the two. The adjustability of the G comes at a slight decrease in moment of inertia (MOI) that means its misses were slightly wider for me, whereas the worst miss I hit on any sort of regular basis with the ST190 was a high block. In fact, mis-hit performance of the ST190 was one of the standout features of testing both models. My hated low and left never showed up, while bad strikes still seemed to launch close to optimal numbers and shots requiring a drop as the next were very rare.

“Mis-hit performance of the ST190 was one of the standout features of testing both models.”

Although it does reduce the forgiveness, the weights of the ST190G are certainly effective at adjusting ball flight. Fade and draw setups produced just that, while tinkering with the centre of gravity delivered my longest drives on Trackman.

For me, the ST190 was the pick of the two because of the forgiveness I require from the tee at times and the pure feel off the face. But the ST190G’s adjustability will suit the tinkerer and those who play in a range of conditions or players looking to get every last metre out of their driver.

SUITABILITY: The adjustable shaft system allows the ST190 to suit players with loft requirements from 7˚ all the way to 12.5˚ across the two available heads, while the shaft options can suit any player.

SHAFTS: A range of shafts offering various ball flights and weight options are available at no upcharge.

LEFT-HANDED: The ST190 is offered in 9˚ and 10˚ degree lofts in both right and left-handed.

The Forged SP700 Ti face is over 10 percent stronger than 6-4 titanium with a fine grain structure that allows a more complex geometry in the Cortech face, where re-engineered ribs and a ‘Quick Switch’ internal structure promise even higher performance.

The ST190 is designed for mid to low spin with maximum stability, and features a single, factory-fixed back weight. The ST190G is engineered for low spin and offers ‘Fast Track’ adjustability thanks to twin seven-gram weights on external tracks that can reduce spin by an additional 200rpm, allowing players to achieve heavy fade or draw biases by placing the weights in one track. 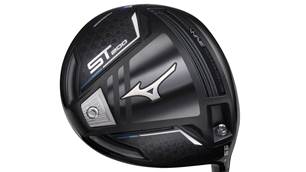