Callaway's 2018 Callaway Chrome Soft and Chrome Soft X balls have receive plenty of hype for their performance values. Jimmy Emanuel puts both balls to the test. 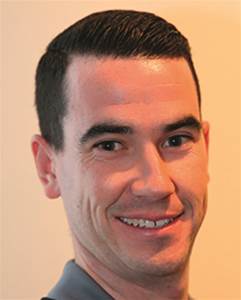 HOW THEY PLAYED: Having used and enjoyed the previous versions of Callaway’s Chrome Soft and Chrome Soft X, I was keen to test the latest iteration. And the new models didn’t disappoint, improving the areas of performance that were slightly weaker than others in the older models and offering an impressive amount of forgiveness. This is a characteristic not commonly associated with golf balls.

As always when testing balls, I headed to the putting green, followed by the chipping green, then onto the range and finally the course to test the latest Chrome Softs. And the results were as expected with the shorter clubs in the bag. 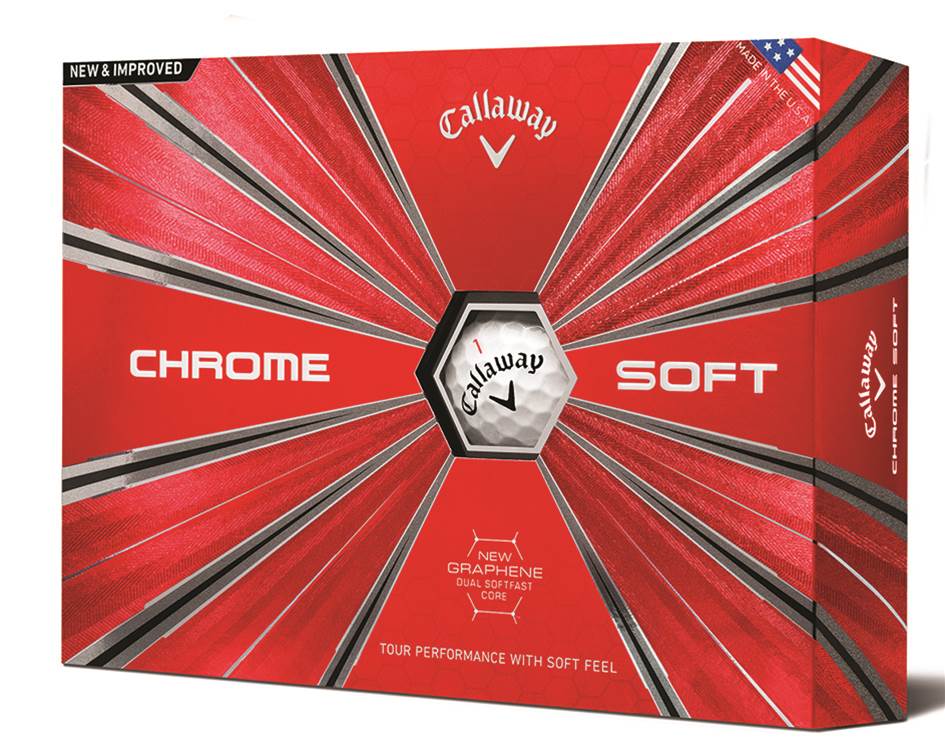 When putting, the difference in feel is evident, with the standard noticeably softer than the X. This feel difference continued throughout the bag, particularly chipping and pitching around the green, where the Soft launched fractionally higher, felt as if it jumped off the face a little more and stopped slightly quicker on longer shots. However, when hitting low, checking shots, the X seemed to have more action on it.

As I progressed through my wedges and short irons, the first significant improvement became obvious. Where the previous Chrome Soft felt as if it had one gear (high and long) the new model was easier to control with the short clubs – most noticeably when attempting to hit lower shots into the wind.

The X mostly performed as expected in the early stages of my testing, with flight control increased over the standard model and distance slightly longer for me once into my pitching wedge and above. Where the firmer ball did start to show its improvements, however, was on the course, where it was noticeably straighter for me on slight mis-hits than last year’s ball. 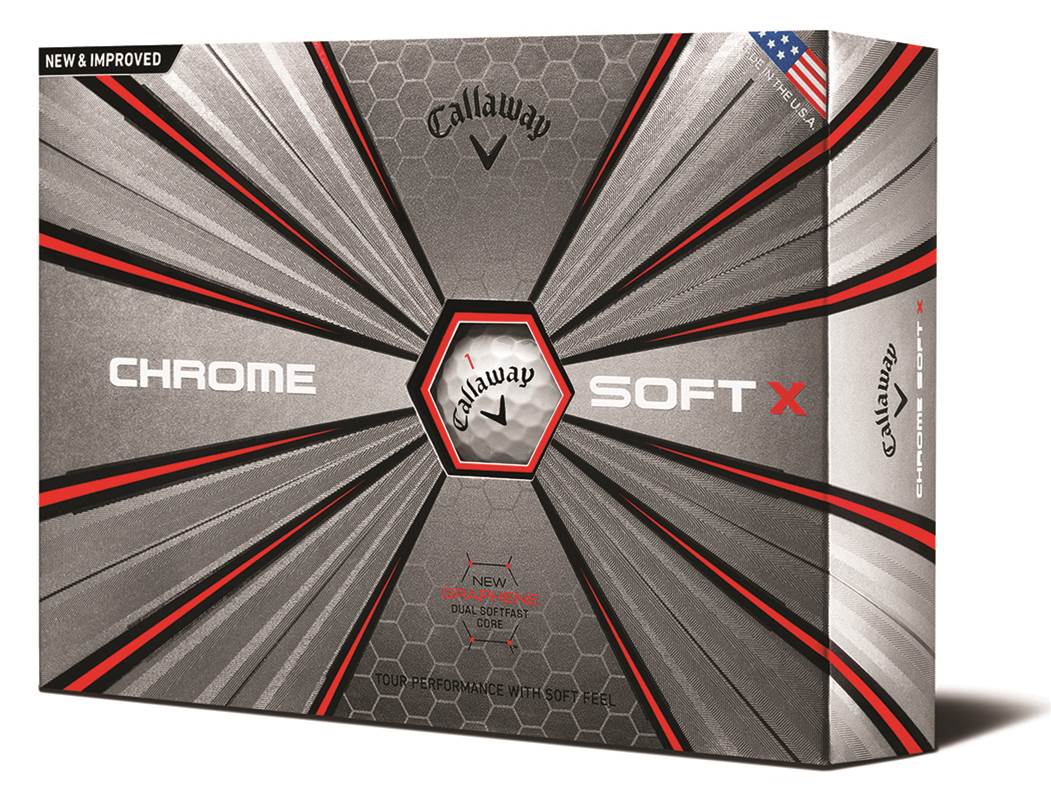 The Chrome Soft similarly offered forgiveness that produced long, straight and slightly higher drives than the X with every good strike from the tee and a nice, high flight that barely moved off the target line when hit slightly out of the heel and toe.

As was the case with the previous versions, I was longer with the Chrome Soft in the mid- to long-irons with the pattern reversed once into my woods. But the difference between the two, particularly with the irons, was far closer than in last year’s model, with the X’s distance advantage maxing out at 10 metres with driver – and the Standard one to two metres longer with the same iron.

After positive experiences with the older Chrome Soft and particularly Chrome Soft X, I was confident the new versions would similarly suit my game. But both balls delivered as promised and then some, with Callaway seemingly narrowing the performance differences between the two models to deliver two premium options: one with softer feel
and straighter flight, the other firmer and
more workable. 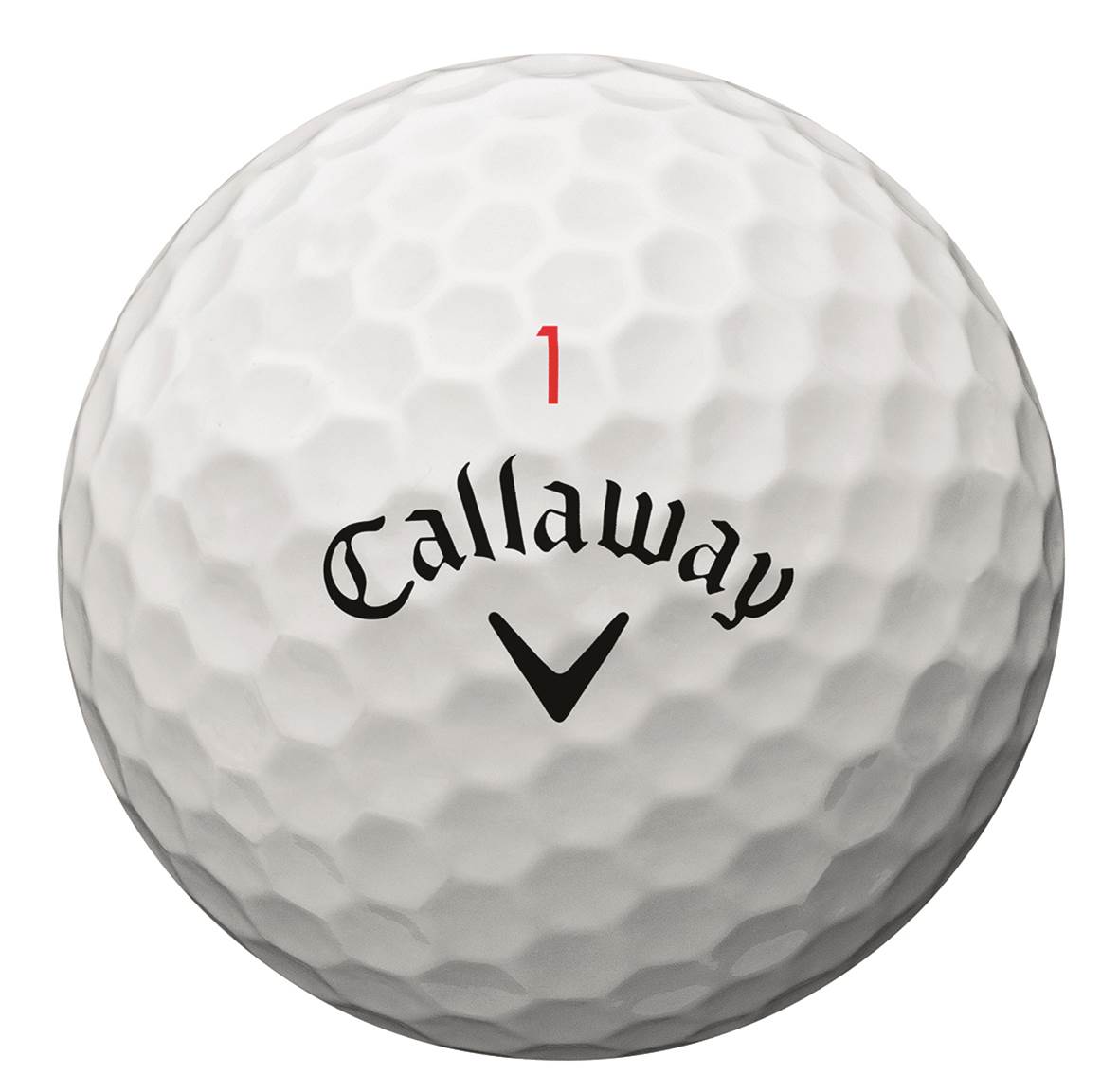 As a fan of firmer feel, I tended to gravitate to the X as my ball of choice, but the repeated straight drives and improved versatility of the Chrome Soft made it a far less clear-cut decision than in the past. And the all-round performance of both models meant I could easily play either on a consistent basis.

Graphene, 200 times stronger than steel but flexible enough to be bent, twisted, folded and stretched without breaking, has added incredible strength to the outer core of both the Chrome Soft and Chrome Soft X golf balls, transforming performance from tee to green.

Nano-particles of graphene, in the form of a thin, flat two-dimensional arrangement of carbon atoms in a HEX pattern, have been added to the outer core of each Callaway Chrome Soft golf ball as a reinforcing agent. 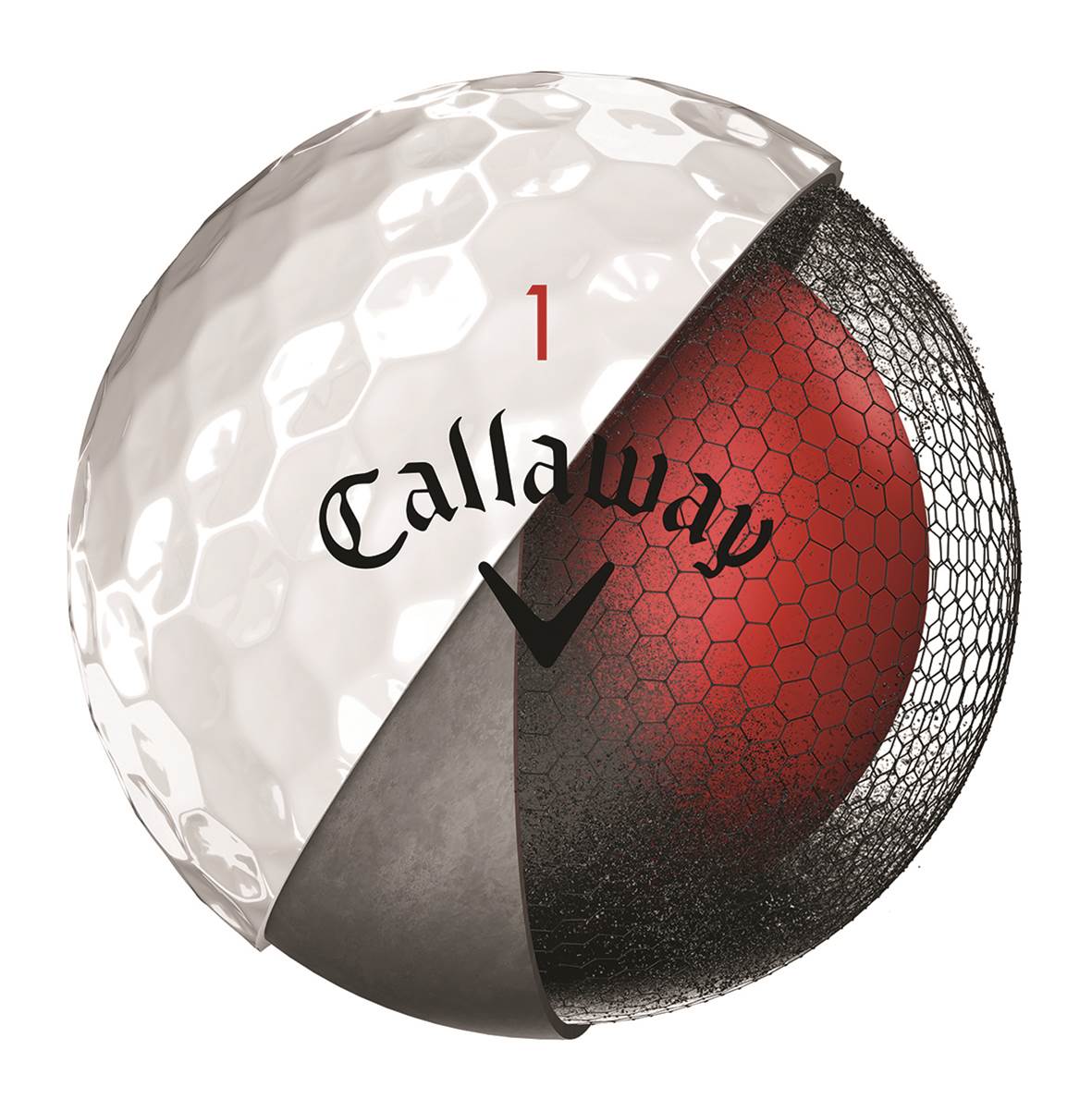 Subsequently, graphene’s strength and flexibility properties have allowed Callaway to push the limits of compression between the inner and outer cores to new boundaries.

The soft inner core now deforms more under larger forces so on impact with a driver, fairway wood or long iron it suppresses spin, translating into explosive speed and longer distance.

On shorter shots, the firm graphene-infused outer core helps the ball retain its shape better, generating Tour level spin, perfect for shot-stopping control in and around the green. 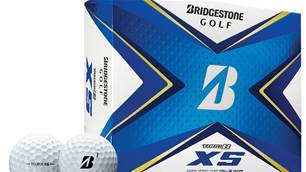