Royal St. George’s will take centre stage for the 149th Open Championship when the first groups take to the course at 3.35pm today (AEST).

This was the first course to ever host the Open outside of Scotland, way back in 1894 when J.H Taylor claimed the title. The Claret Jug is back at Royal St. George’s for the 14th time. But the layout promises to play very differently to how it did in Open Championships held at Sandwich in the past 30 years.

The Kent region has received significant rainfall in recent times and the course is green, very green. When Ben Curtis won in 2003 it was tinder dry and the dramatic rolling fairways were lined by short, whispy, hay-coloured rough. The rough this week is long and juicy, partly as a result of the rain and partly as part of the course set-up to combat the ‘bomb and gouge’ long-hitters bringing England’s No.1 ranked course to its knees.

R&A Chief Executive Martin Slumbers said he is delighted with the course, which the R&A has set out to play fairly.

“We set out to have a course which is fair, plenty of room on the fairway, rough that's meaningful, and greens that will run at around 10,” Slumbers said. 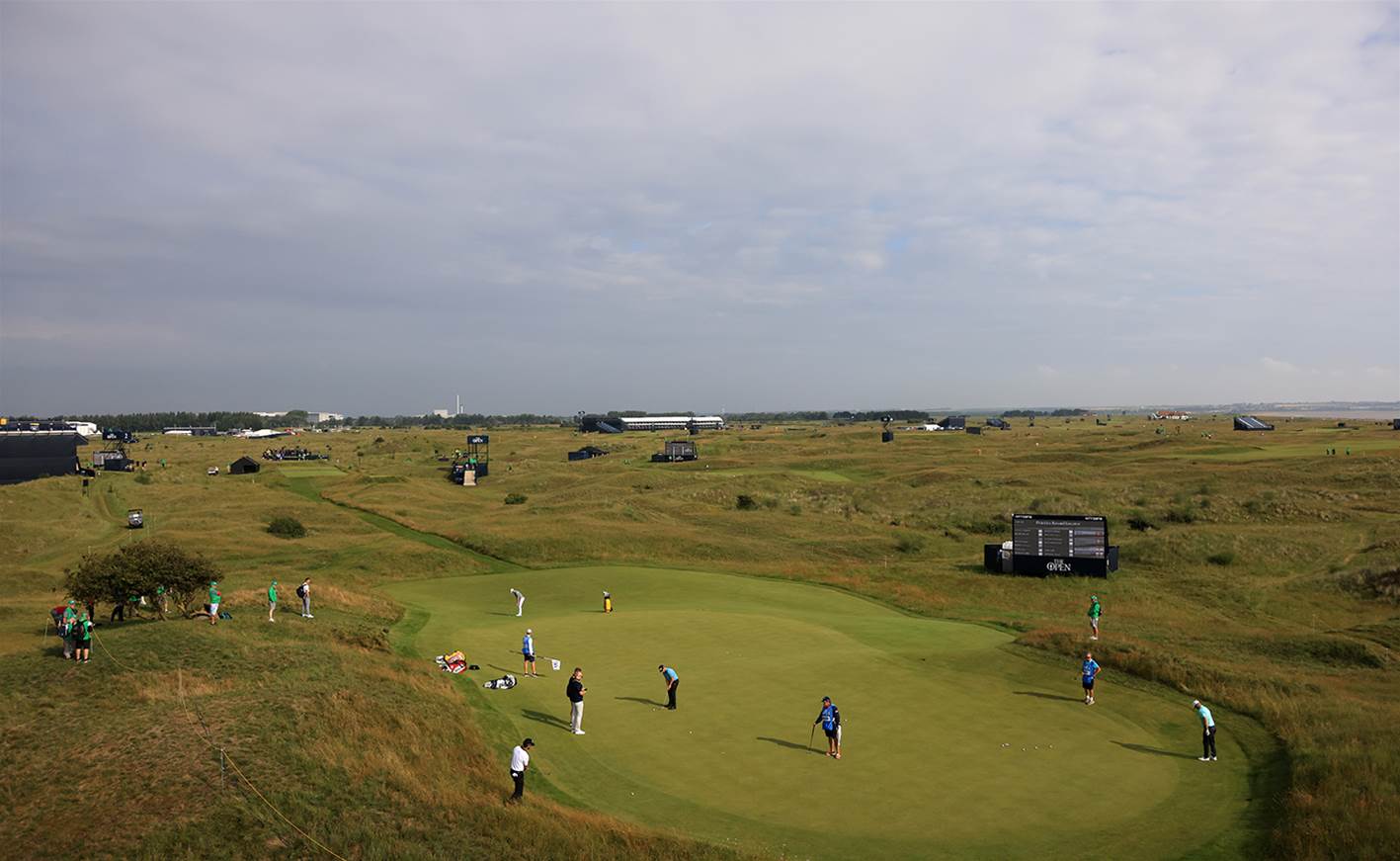 The flattest areas of the Royal St. George's course are the tees and the driveway into the clubhouse. PHOTO: Getty Images.

Slumbers added that the dramatic undulations of the fairways could see them watered to keep them from running too fast and bouncy.

“We're very conscious that this course has got a lot of very severe undulations in the fairways and in the landing areas,” he said. “We've been conscious right the way through to ensure that a ball that lands on that doesn't get kicked off at a pace that could take it into deep, deep rough.

“We all have courses we love and courses we don't like as much. But when you see the very best players in the world come to a course, they all find a way for their game to unlock the golf course, and I don't think there will be any difference in the next four days.” – R&A chief, Martin Slumbers.

“It is a bit greener out there than you would have seen at some other courses, and that's purposeful.”

But the luck of the bounce – so much a part of links golf – will not be completely wiped out by irrigation.

“The south of England is my homeland, so I know this golf course better than I know any of the other Open Championship golf courses,” Slumbers said.

“It is the fairways and the bounces off the fairways that come into my mind. You can definitely hit the ball on one line and finish up in a different place. But that is what this golf course is all about. It is about being confident on where the lines are.

“We all have courses we love and courses we don't like as much. But when you see the very best players in the world come to a course, they all find a way for their game to unlock the golf course, and I don't think there will be any difference in the next four days.” 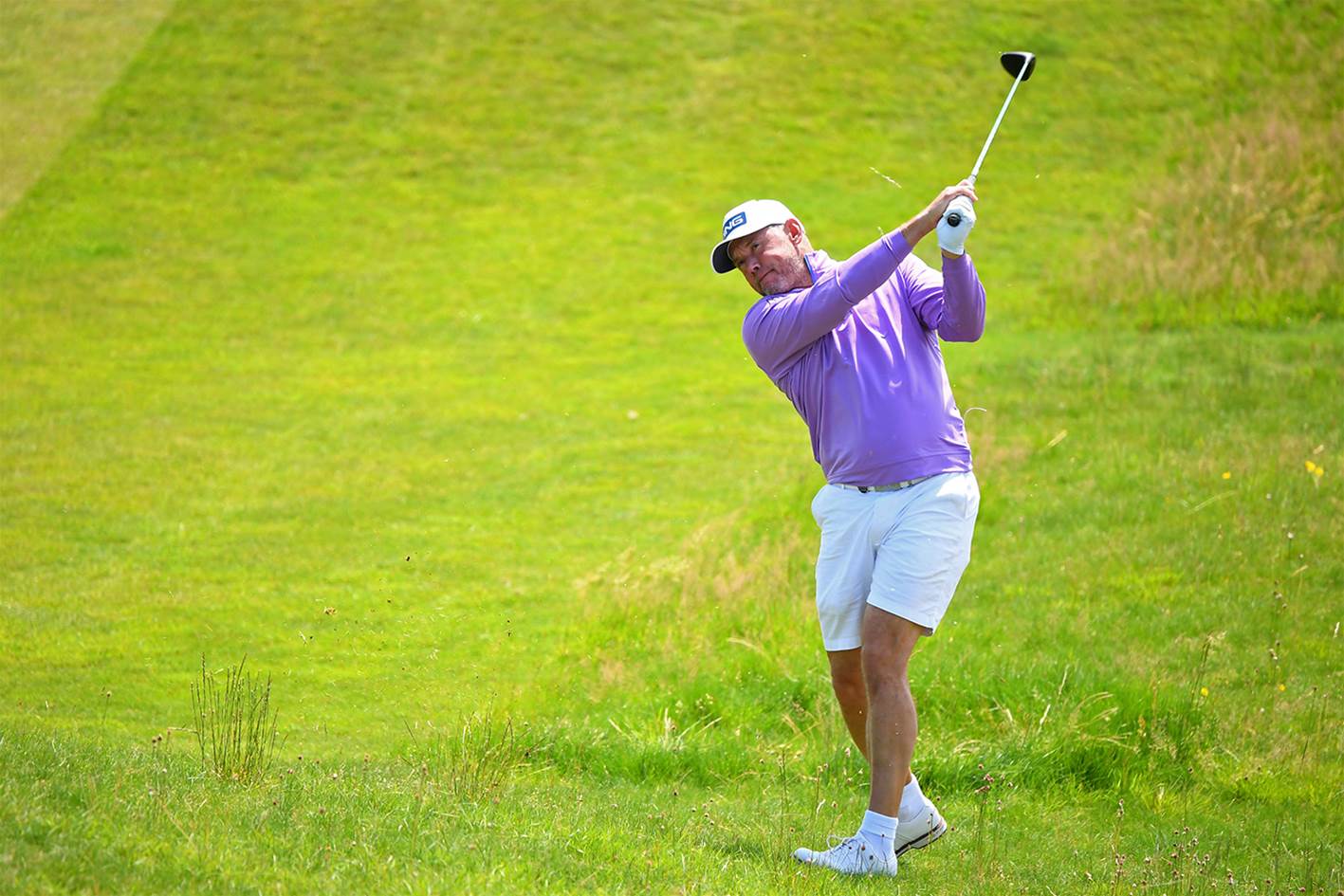 So, what are the world’s best players saying about Royal St. George’s with a practice round, or two, under their belt?

“I think it's a pretty straightforward golf course. It kind of tells you where to hit it,” says Lee Westwood, who is playing his 88th major championship and third Open at Royal St. George’s.

“The fairways are softer than they were last time. You can't have really bouncy fairways carrying it off into rough that's this high (waist high) that you're hacking out of. This course was laid down with the undulating, designed to go into the rough where you'd have a shot but it would be a flying lie and you'd have to judge that. It wasn't designed to land in the fairways and go into rough where you're hacking out with lob wedge. I think they're probably trying to get more into that.

“Obviously if you don't have the thick rough and you have the flying distance with the distance players are hitting nowadays, they're so far down the hole that they're going in with a sand wedge or a lob wedge and playing for that because they've got control with that, whereas 60, 70 years ago you'd have been 80 yards back hitting a 7-iron or a 6-iron and the flying lie was coming in.

The long rough is one element of the course that won’t be changing the all-out attack game plan of 2020 U.S Open Champion, Bryson DeChambeau.

“Royal St. George's is an amazing golf course,” DeChambeau said. “It's pretty interesting. There's a certain amount of holes that you can kind of go after it on, and there's a couple that you can't.

“I hope I can hit it far enough to where I can wedge it out still onto the green if I get good enough lies, but there's certain lies out there it's going to be a pitch back to the fairway, and that's including for everybody. If you're hitting it 300 off the tee and it goes into the hay, it's not easy to get to the green from there, either.”

Four-time major winner Rory McIlroy believes the course will be playing “absolutely perfect” by the weekend.

“I think the biggest thing here is the course, even before the rain yesterday, the course was quite lush, quite green,” McIlroy said. “We maybe weren't getting the bounces that we're accustomed to getting here at St. George's with the bumpy fairways. Honestly, I think the course plays a little better that way. 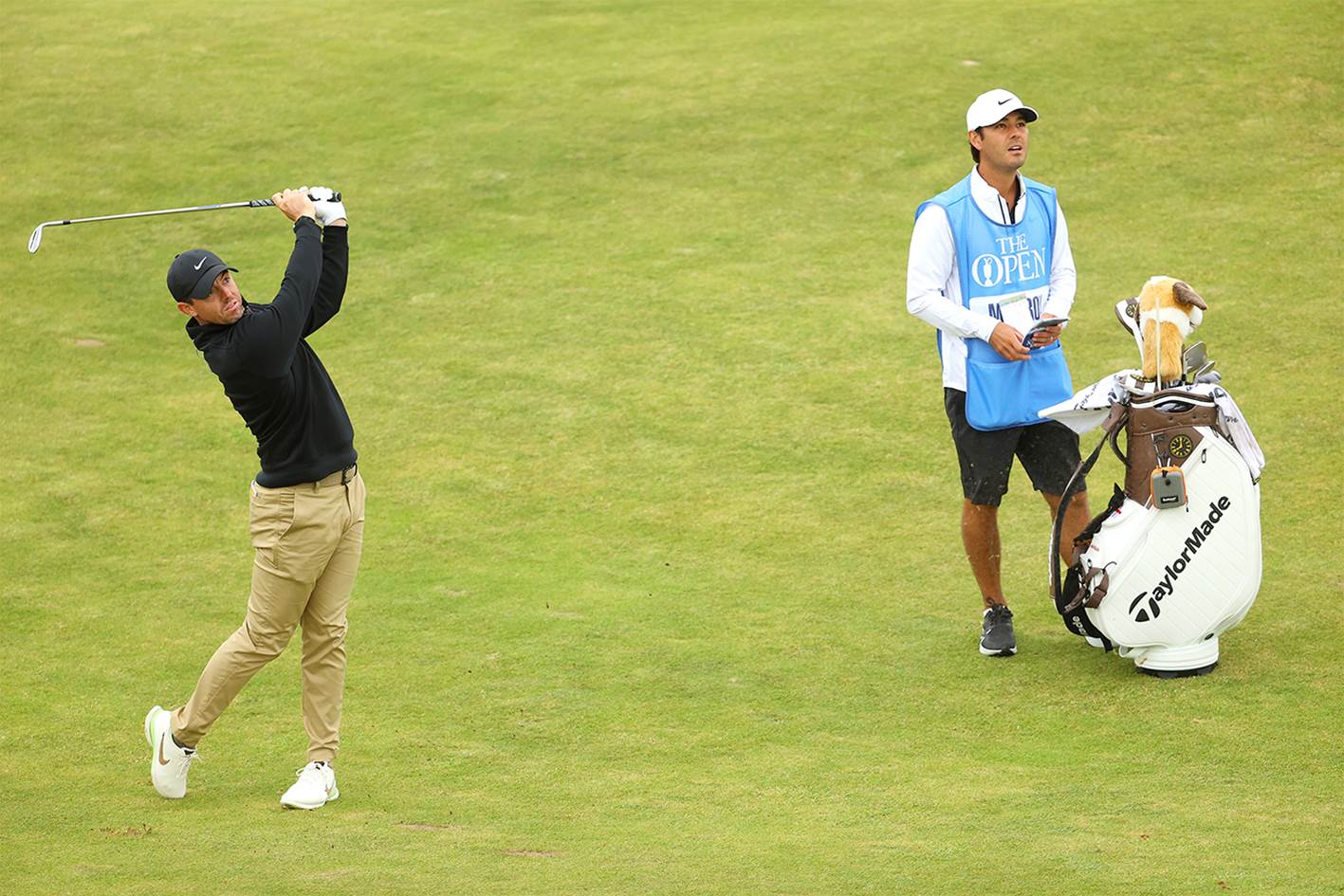 Rory McIlroy says the course will be playing perfectly by the weekend. PHOTO: Getty Images.

“I walked away from the golf course on Saturday and Sunday thinking, this is a much better golf course than I remember it being, and I think that's just because of the way it's playing right now. I think it's perfect, and as the days go on with a little bit of wind and sunshine, by the weekend it should just be absolutely perfect. It should be playing the way it should play.”

But Royal St. George’s is not everyone’s cup of English Breakfast tea. Brooks Koepka, looking for his fifth major title, is not a fan of the fabled links. “I only played the front nine … I don't know, it's not my favourite venue that we've played,” Koepka said matter-of-factly. I think Portrush and St. Andrews are definitely the favourites.

“I haven't seen all 18. I'll see the back nine today. But a couple – quite a few blind tee shots, kind of hitting to nothing. Fairways are quite undulating … I don't know, it's not my favourite of the rotation, put it that way.

“I've won on golf courses that I'm not a big fan of before. It has nothing to do with it. Still got to get up and go hit the shot and do what I'm supposed to do, so that doesn't bug me. I don't care whether I like the place, don't like it. You've still got to play good and go hit the shots.

“Like I said, playing St. Andrews is probably my favourite place in the entire world to play. Portrush two years ago was … I love that place. I thought that was just such a good Open. A fun golf course to play. Really enjoyed that.

“This one, it's just not as exciting. I don't know why. Whether it be a couple shots to nothing, a couple of blind tee shots or shots to where you can't really see much. I'm not too big of a fan of that.”