In this era of holidaying at home, ‘taking the scenic route’ is one sure way to make a golfing discovery that will live long in the memory. Here is one course to be found on the road less travelled that we’re sure you will agree is simply spectacular.

It is 15 months since the place I believe is a little slice of heaven looked like it was on the doorstep of hell.

I’m sure none of us, particularly those living on New South Wales’ South Coast, will ever forget the catastrophic bushfires in which eight people died and more than 65 percent of land along a 300-kilometre stretch was destroyed.

On Saturday January 4, 2020, the skies above Narooma turned an apocalyptic orange as fires north, west and south of the seaside town, which became a hub for evacuating residents as well as Christmas holidaymakers. All were forced to seek shelter anywhere they could, and Narooma Golf Club came to the fore.

The 1st and 7th fairways were quickly filled with evacuees and their vehicles. “The course had cars, caravans, trucks and boats parked … it was easily over 150 all up to protect them in case the fires breached the town,” Narooma Golf Club General Manager, Dominic Connaughton said. “We were classed as an additional evacuation centre to assist the main evac centre in town.” The short par-4 8th has hints of the renowned courses in the Melbourne Sandbelt. PHOTO: Brendan James.

The club provided sanctuary for more than 500 people, for three days while the fire cut Narooma off from the outside world. “We also housed their pets,” Connaughton said. “There were dogs, cats, birds and even a large lizard.

“We made sure everyone had food and provided tea and coffee over the three days until they were ordered to evacuate the town.”

It was the beginning of a tough run for the oceanside club, which closed for eight days over a 12-day period because of the bushfires. Then, two months on, COVID hit and courses across the country were forced to close for an indefinite period.

But, as we now know, the pandemic brought with it a renewed interest in golf and – with international travel unlikely for some time – the opportunity to discover fantastic regional Australian courses, like Narooma, just off the road less travelled.

And what a find it is.

Ranked No.18 on Golf Australia’s Top-100 Public Access Courses for 2021, Narooma is a three-part golf course, which successfully blends an opening seven-hole stretch of stunning coastal holes before moving through heathland into a dramatically undulating forest environment, before returning to the smell of the ocean for the two closers. It’s a fantastic balance of ocean and forest that can leave visiting golfers indecisive as to which setting houses the best holes. “A lot of golfers come for the views but the ‘real’ golfers often like the challenge presented by the back nine over the front,” Narooma head professional Colin Holmes says. “There’s plenty of room on the front nine, even in the wind, but, on the back, you have to hit fairways.”

RIGHT: The 18th green offers a great view of the beach and on towards Glasshouse Rocks. PHOTO: Brendan James.

Yet it’s the coastline that still attracts most attention and gets course photographers like me frothing at the opportunity to capture its beauty. Many coastal golf courses run very close to the shore line but few can effectively incorporate this natural asset into the design. And at Narooma, the opening holes are not merely a viewing platform to see Montague Island eight kilometres out to sea or the Glasshouse Rocks close by to the south; the cliffs here are right there in play … so be careful and watch your step.

Most famous is the 3rd hole, a par-3 played from one cliff-top to another across a gaping gulch that features a massive sea cave cut into the rock face beneath the green. The hole is short but very exposed and features a small putting surface with two pot bunkers squeezed between the green and the edge of the cliff. It plays toughest into a southerly and can require anything from a pitching wedge to a 3-iron to negotiate the 141 metres, depending on the wind.

Holmes tells a few stories about notable moments at the 3rd. Incidents to take place there include a female golfer’s motorised buggy plunging over the cliff and the tale of a dispirited member who threw his entire set – bag, buggy and all – down below then, with tail between his legs, having to inch his way to the bottom to retrieve his car keys.

By anyone’s measure, Narooma’s 3rd is a memorable hole.

“A lot of golfers come for the views but the ‘real’ golfers often like the challenge presented by the back nine over the front.” – Narooma head professional Colin Holmes

The cliffs also come into view (if not into play) in front of the 4th tee and beside the 6th tee. However, your first look at these eye-catchers comes on the tee of the 330-metre par-4 2nd, which in reality is tougher than the more vaunted 3rd. It plays from a tee high above the rest of the course to a fairway with a small dip running across it that can create awkward stances. Beyond the dip are two fairway bunkers right, while the hole skirts the cliff-top to the left. The second shot is sent uphill to a small green protected by three recently renovated bunkers – two left, and one well short and right – and the ocean beyond. Perhaps the most difficult aspect of the approach is judging the uphill distance as the flag is set against a sky-only backdrop.

Across on the forest side of the course are a couple of holes that wouldn’t look out of place on the Melbourne Sandbelt, while holes like the over-the-hill par-4 13th, which rises to a split-level green guarded by five bunkers, and another strong par-4 at the 15th, show off the natural features of the site. Several holes play near, over or around an inlet from the sea and while the carry won’t startle golfers on the 8th and 10th tees, it will certainly get your attention on the 344-metre 15th, where the tidal flats line the left edge of the fairway and present a bite-off-as-much-as-you-dare angle from the rear tees. Narooma’s first and last holes also deserve mention here. The 1st is the toughest on the course – there is out-of-bounds to the left and can be a nasty start to the round for those battling a right-to-left ball flight. The sloping fairway rises slightly before descending into a valley and rising again to a two-tiered green cut into hill with sand on the left. How the club was able get cars and caravans to park on this dramatic terrain during the bushfires makes me shake my head in wonderment.

On the scorecard, the 450-metre par-5 finishing hole might have you toying with the idea of a closing birdie. But the hole plays much harder than the distance suggests. The tee shot plays uphill and you do not want to miss it right into the thick scrub, while favouring the left side of the fairway only adds distance to your second, which must carry a steep gully with a preferred left-to-right ball flight to avoid the bunkers and find a hidden green well beyond the corner of the dogleg.

At 5,941 metres the course is not long for a par-72 layout, but it is one of those perennially interesting courses where its intricacies take several rounds to fully understand and really appreciate.

“It is one of those perennially interesting courses where its intricacies take several rounds to fully understand and really appreciate.”

So, take some time to cruise the road less travelled and experience Narooma’s remarkable golf course. Adding to the appeal of the trip are the other terrific golf courses – like Mollymook, Club Catalina, Tura Beach and Bermagui to name a few – to be found en route. Then, of course, there are the mild winters, moderate summers and the chance to see migrating whales (October and November) from the balcony of the Narooma clubhouse. It is a remarkable spot right here in our backyard.

LOCATION: Ballingalla St, Narooma. The club is a five-hour drive south of Sydney or three hours by road from Canberra and about eight hours from Melbourne.

MEMBERSHIPS: A variety of membership categories are available with full membership costing $990 a year, with no entrance fee.

ACCOMMODATION: The club has close associations with a range of local motels and holiday apartments offering play and stay packages. One of those is the Amooran Oceanside Apartments (across the road from the 7th hole), which offers brilliant views across the course and out to Montague Island. Play and stay packages are available and for more information check out the club’s website. 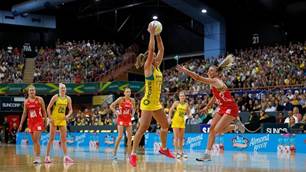