Judge’s Comments: “One of the Mornington Peninsula’s classic links style courses, which doesn’t disappoint. The wide fairways offer some forgiveness, especially when conditions turn windy, but playing into the greens from the wrong side of the fairway can be tough. The greens are surrounded by an abundance of short grass, which gives scope for a variety of chip shots.” – Carl Murphy.

Judge’s Comments: “The couch fairways and A1 bentgrass greens are some of the best playing surfaces to be found in Sydney. Elanora occupies a beautiful setting for golf and for a course that places an emphasis on accuracy, I think the par-5s, the 2nd and 11th, are real standout holes to enjoy.” – Brendan James. 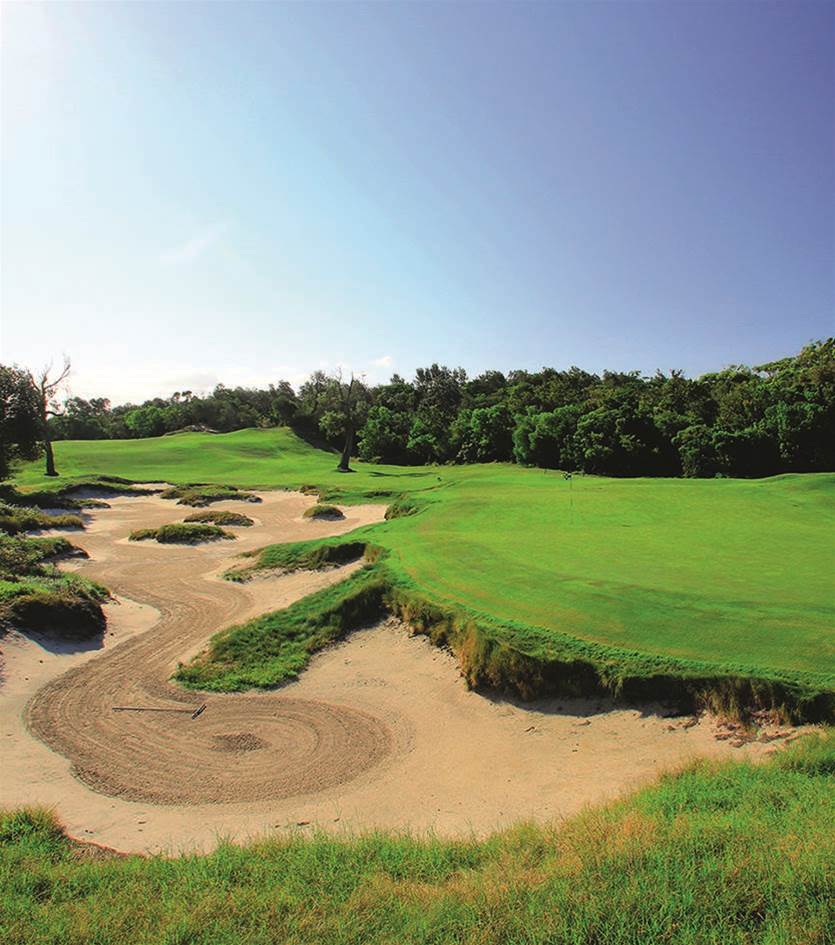 “Presentation can’t be faulted but there are areas of this course that are very narrow and
leave you few options but to play short and straight.” – James King.

Judge’s Comments: “All the talk before I played this course was how tough it was. Yes it was challenging but I loved it.” – Peter Martin.

“There has been a noticeable improvement in the condition of all the playing surfaces during the past few years as a result of gaining access to a regular and plentiful water supply. But I still scratch my head at the location of some of the high rough and the need to put deep collars of rough around the edges of bunkers, effectively taking the sand out of play for most players. I’m not sure that was intended by the designer.” – Brendan James.

Judge’ Comments: “The changes made by Jack Nicklaus nearly five years ago have added interest around the greens. With more short grass separating the putting surfaces from the rough it does offer a variety of shot options. It’s en route to the green that I’m not a huge fan. Wood chips under trees, for example, don’t allow players a fair go at trying to create a shot to get back into play.” – Brendan James.

“There is a promising golf course beneath the wood chips and pine straw. Expose the natural sandy base, get rid of some of the trees and capture some of what Carnegie Clark created on great land so many years ago.” – Joe Thomas.

“The Australian could be the best conditioned course in the land. If it isn’t, it’s certainly in the top-three.” – James King.

Judge’s Comments: “The more modern design of the two at The Grange, this features the typical bold bunkering of Greg Norman. Really liked the great risk and reward holes on some of the shorter par-4s. The short par-3 8th hole – with a well-designed green complex – is a standout hole.” – Carl Murphy.

“The East Course has settled beautifully and now offers a wonderful golfing contrast to the adjoining West Course.” – James King.

Judge’s Comments: “Conditioning issues have kept Bonnie Doon in rough diamond territory, but the variety has been buoyed by the five new, tougher holes early in the round that add real teeth before birdie chances galore from the 8th hole onwards.” – Scott Warren.

“Bonnie Doon’s newer holes are wonderful, unlocking the potential of the terrain. On completion, The Doon could be the most architecturally notable course in
Sydney.” – Matt Mollica. 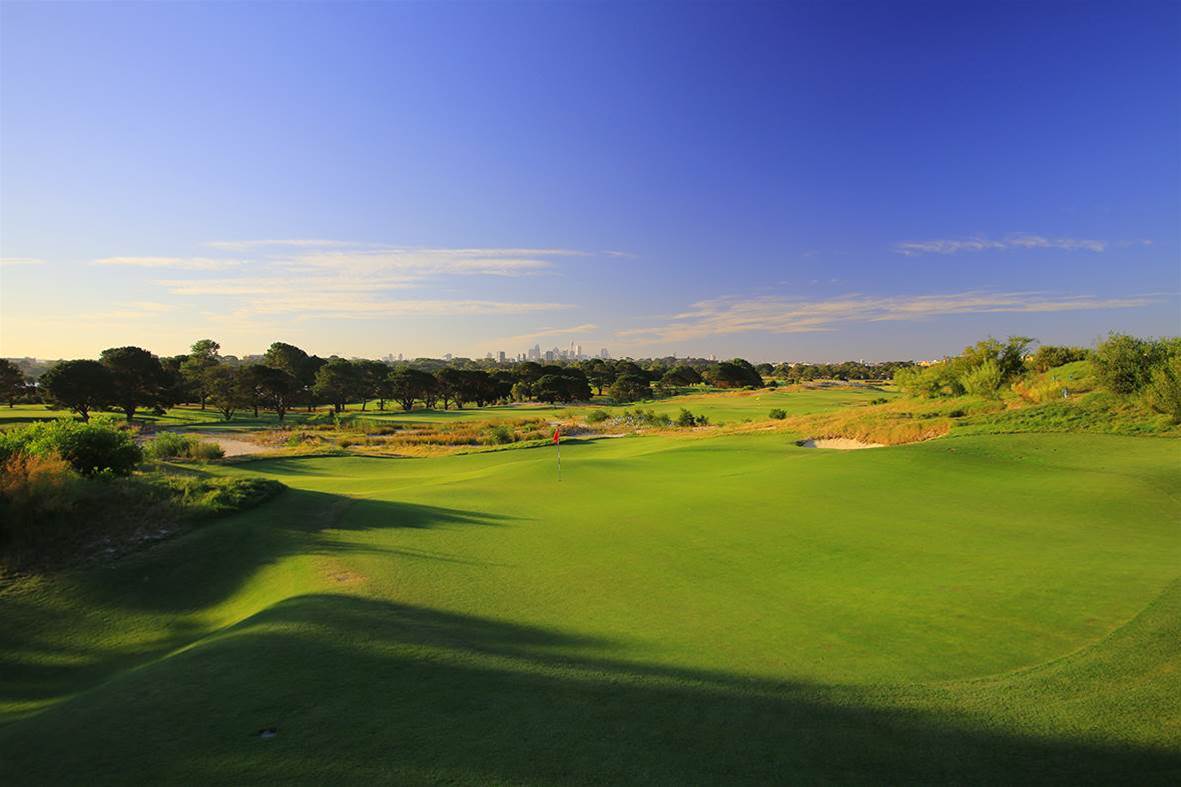 Judge’s Comments: “Certainly the better of the two courses at Moonah Links, which caters for players of all standards. Legends has some very strategic holes which are a lot of fun to play, but there are some oddly designed holes (4 & 15) which could be better.” – Carl Murphy.

“I’ve been a regular at Moonah Links over the years and I can never help being enthused about playing the Legends Course. Where the Open Course can intimidate, the Legends is a lot of fun and the presentation has improved a lot in recent times.” – Joe Thomas.

Judge’s Comments: “Years of tweaking Alex Russell’s original design left a range of different ideas and looks around the course. What was one of the shining lights of the Melbourne Sandbelt was a collection of holes – some good, some bad. Thankfully the club is looking to recapture some of Russell’s creation through employing acclaimed architect Tom Doak. Can’t wait to see what he comes up with.” – Scott Nielsen.

“Given the pedigree of Tom Doak’s design work, I suspect we’ll see Yarra Yarra move higher yet again when the next ranking list is published in 2020.” – Brendan James. Judge’s Comments: “The Quarry/Dunes nine is as fun and challenging to play as it was when it opened more than 30 years ago. The 2nd, 3rd, 4th, 5th and 6th holes on Quarry are a breathtaking stretch of holes you could play everyday and never be disappointed. The Dunes nine has been enhanced by the redesigned par-3 5th hole.”– Joe Thomas.

“If you can’t have fun playing a round on Joondalup’s Quarry/Dune Course you’re not trying.” – Jacqui Lee.

“Great design and outstanding conditioning make every round at Glenelg a joy. I love the variety of par-3 holes at Glenelg. Different distances, different directions … you could
never get bored trying to master these one shot holes. The slightly uphill 11th is a definite favourite.” – Brendan James.

Judge’s Comments: “The overwhelming feeling you get during a round at Brookwater is the majesty of the place. Dramatic elevation changes from tee to green on many holes, tall stands of gum trees, bold bunkering and dynamic greenscapes. You can’t help but love playing here.” – Brendan James.

“The renovation work carried out on the greens has significantly improved the putting experience, while surfaces are now larger and more in tune with the original design of the greens.” – Joe Thomas. Judge’s Comments: “Mike Clayton’s redesign work on the West Course a decade ago enhanced a classic, strategic course, with more width available off the tee, asking questions of the golfer every step of the way.” – Matt Mollica.

“As was proven during the Women’s Australian Open in 2016, the West Course is a strategically brilliant layout.” – Brendan James.

Judge’s Comments: “One of my favourite Mornington Peninsula courses. The rolling hills taking you on an adventure of some spectacular holes. There are a few blind shots on the course, which for some is off putting, but the diversity in some of the hole designs, clearly makes up for that.” – Carl Murphy.

“Two decades on and The Dunes never fails to excite.” – Brendan James. 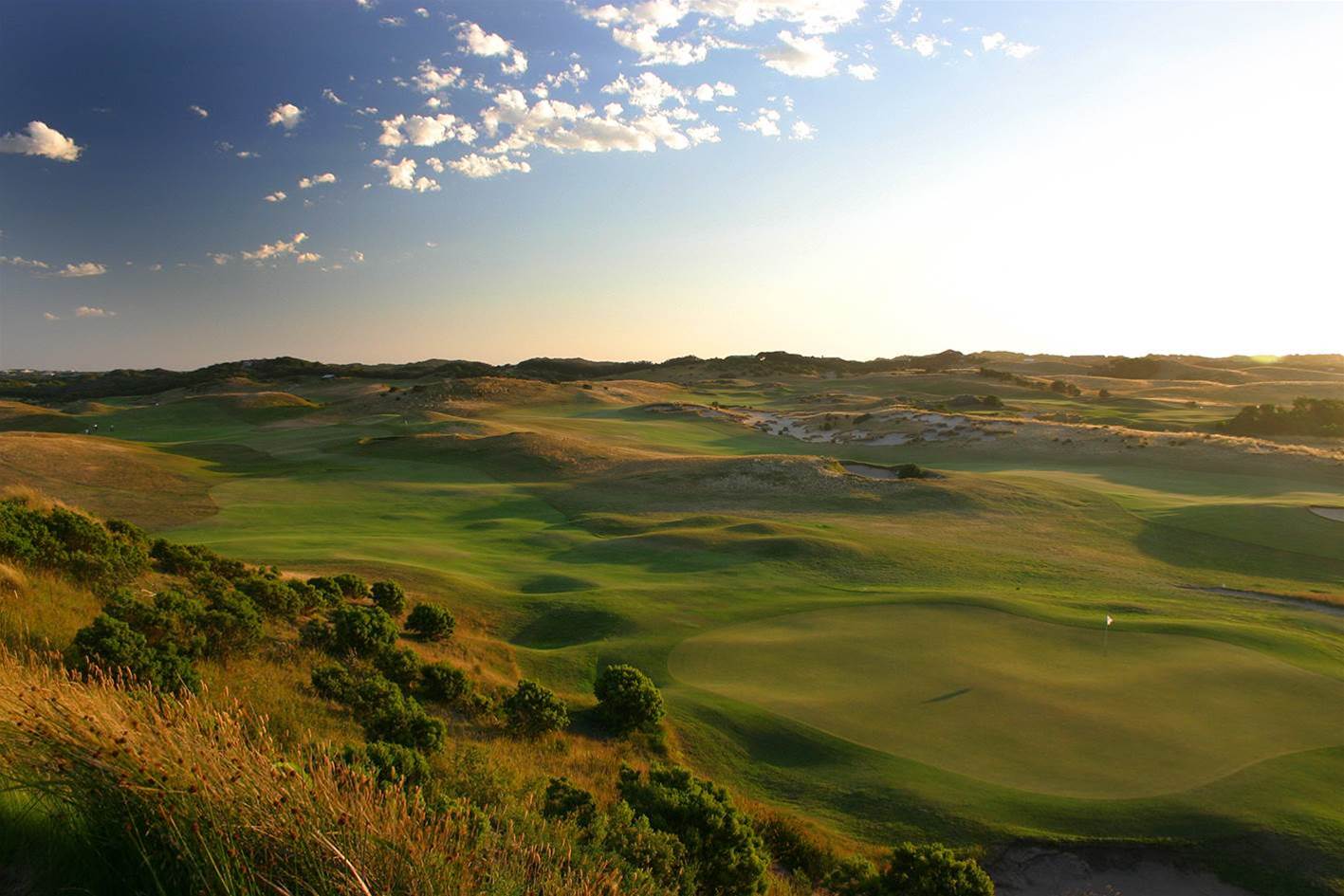 Judge’s Comments: “The stretch of holes from the 2nd to 9th hole is among the best sequence of holes in the country, with such wonderful green settings, thrilling shots, and great variety. Newcastle is always a joy to play.” – Matt Mollica.

“When Newcastle loses its less than inspiring 16th, 17th and 18th holes under its redevelopment plan, the new holes to be created by Bob Harrison will undoubtedly see a jump in its ranking position.” – Brendan James. 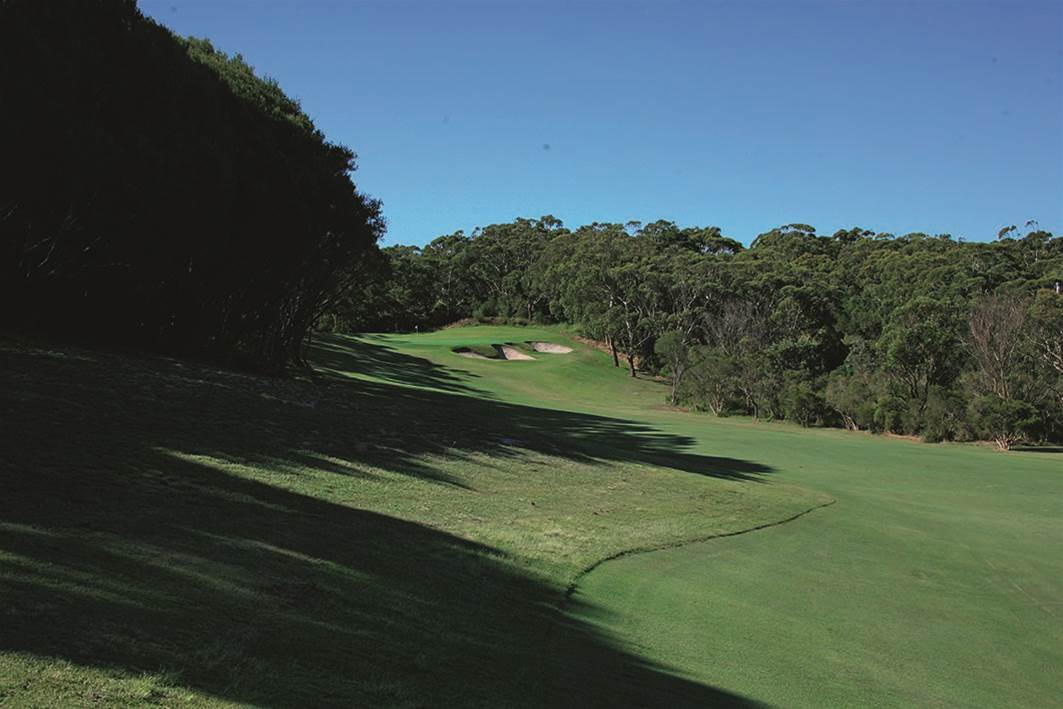 Judge’s Comments: “The design team, Neil Crafter and Paul Mogford, has been making changes – including some new green sites, bunker renovation and the removal of overgrown scrub – all of which have had a positive impact.” – Brendan James.

“Arguably the best presented course in Adelaide, Kooyonga doesn’t cover a large parcel
of land but some ingenious routing has been fully utilised. A diversity of hole lengths and directions ensure a variety of conditions are encountered during the course of a single
round.” – Carl Murphy.

Judge’s Comments: “Kennedy Bay has reached a high level of conditioning that rarely fluctuates and fully complements the testing layout. The last game I played at Kennedy Bay, I could use my putter from well off the green wherever it was needed, such was the quality of the surrounds.” – Lucas Andrews.

“I always gauge how good a course is by asking myself when I leave whether I would be happy to play that course every day for the rest of my life. Every time I have left Kennedy Bay that answer has been “yes”. I love the great variety of holes and the different shots you have to hit from the tee and into the greens.” – Brendan James. Judge’s Comments: “Royal Queensland offers thoughtful challenges and loads of fun, rewarding considered shot placement and a developed short game. The wide playing corridors and abundance of short grass about the greens are a welcome plus for many players.” – Matt Mollica.

“Wide, open spaces and plenty of short grass create a challenge to find the narrow playing lines for the best approaches into the greens.” – Brendan James. 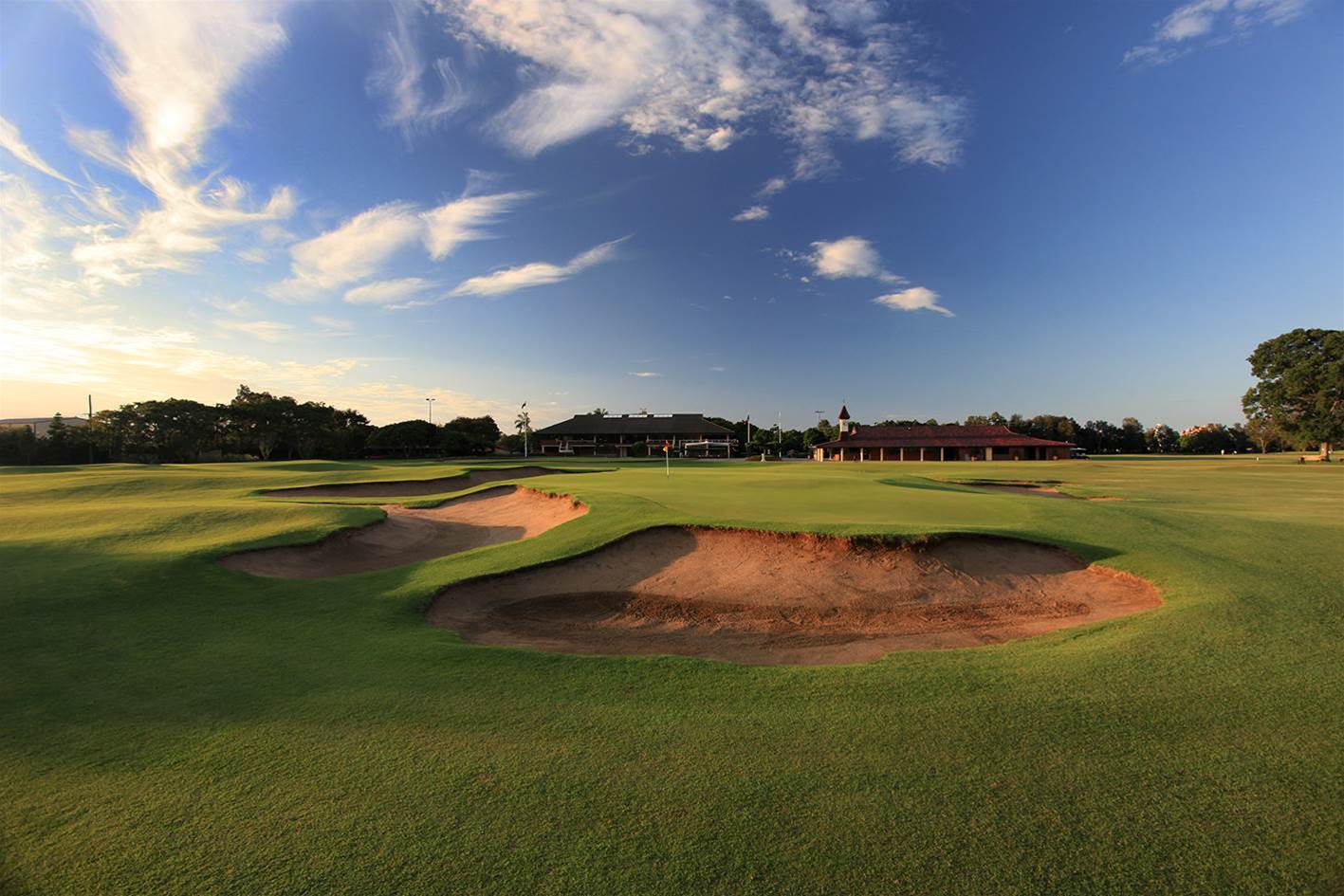 Judge’s Comments: “The work to open up the course by removing overgrown areas has had a positive impact. Changes around the 8th teeing area were noticeable and the moving of bunkers on the 2nd made for much better playing lines. It is a shame the rest of the scheduled work has been all but stopped, as this would have further improved the course.” – Carl Murphy. 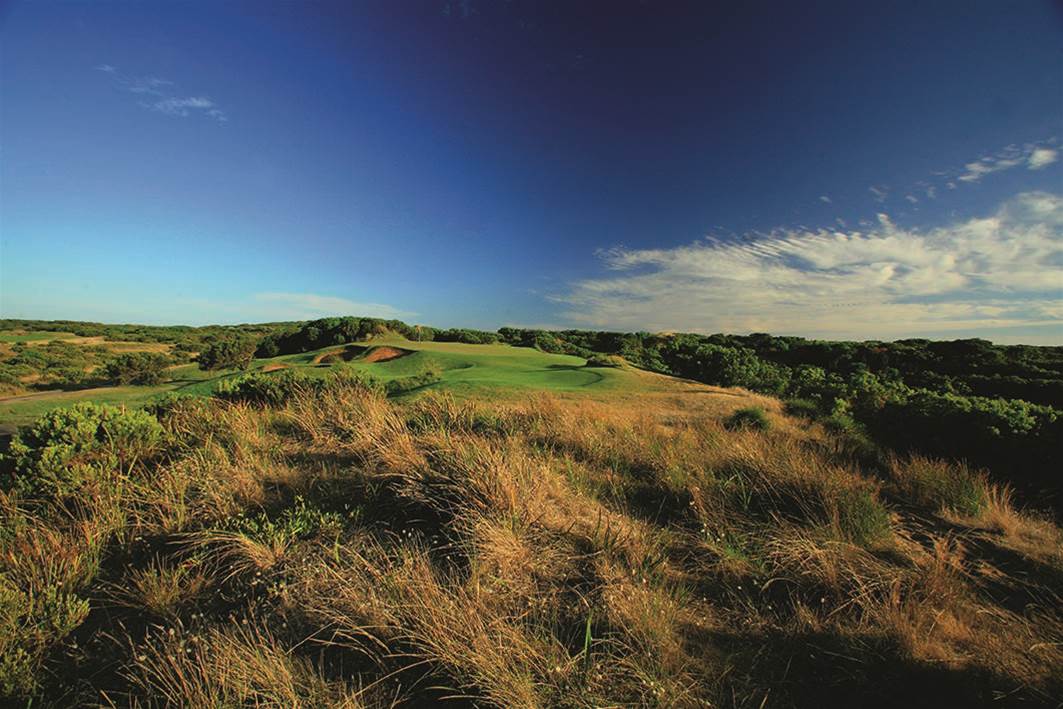 Judge’s Comments: “Tony Cashmore’s Beach Course creation is incredibly consistent from go to whoa, making great use of its inland holes. The 16th is the most torturous short par-3 north of Bass Strait.” – Scott Warren.

“For mine this is among the top-5 most fun courses in the country. Cashmore’s dramatic greenscapes demand you get a little creative with your short game and your putting, while some greens – like the punchbowl-shaped 18th – really test your ability to hit the right shot
with the right club to get your ball close to the flag.” – Brendan James.

Judge’s Comments: “Wow! Who knew there was so much width to be found among all the trees at Royal Canberra. Royal Canberra is no longer a course that will make you feel claustrophobic walking down the middle of the fairway. The redesign by OCCM has unearthed an absolute gem with plenty of highlights. But there are few better than the par-4 14th, which will make you think deeply about your plan of attack while still on the tee.” – Brendan James.

“Royal Canberra has been transformed from a one-dimensional, no questions asked layout to a high quality course where you have so many options of how to play each hole, depending on your ability, form and the conditions of the day. Royal is now a thinking golfer’s course and I love it.” – Joe Thomas. 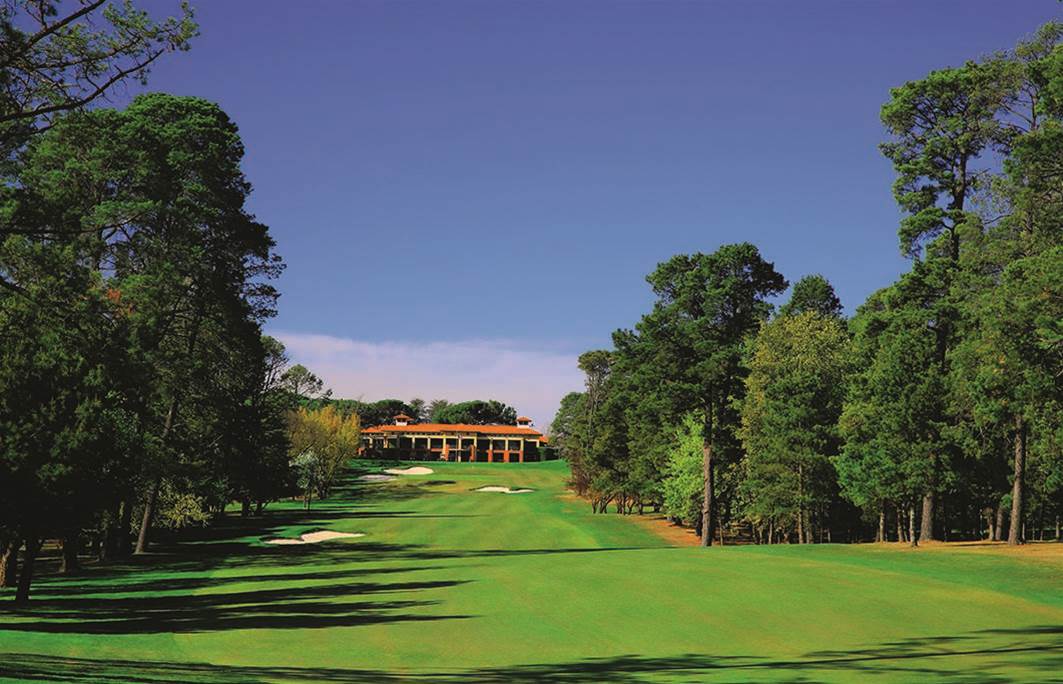