Judge’s Comments: “The Ross Watson design here is a far better offering than the previous Fred Bolton layout. There are a greater variety of holes, more dynamic bunkering and more undulating greens, which certainly makes it more interesting to play.” – Brendan James.

“My last round of the Palms left me thinking the previous high standard of conditioning had dropped off slightly.” – Scott Neilsen.

Judge’s Comments: “At a tick over 6,500 metres from the back pegs, Eynesbury is one of the longest layouts in the country. Even though I play off single figures I would never consider playing from the tips, although all the trouble would certainly be out of range. Playing forward, the wide fairways and big greens all feature plenty of bunkering that are best avoided.” – Joe Thomas.

“I liked every hole at Eynesbury until I reached the par-4 18th where I was forced to lay-up from the tee to avoid hitting into a creek that I would have had to hit a career shot to carry. Not a great hole for the ladies.” – Jacqui Lee.

Judge’s Comments: “I can’t think of any other course in Australia that makes the quantum leap from links to undulating parkland and back as successfully as Narooma. The ocean side holes are unforgettable and Spencer’s routing of inland holes across dramatic terrain ensure this layout will be on my ‘must play’ list for some time to come.” – Brendan James. 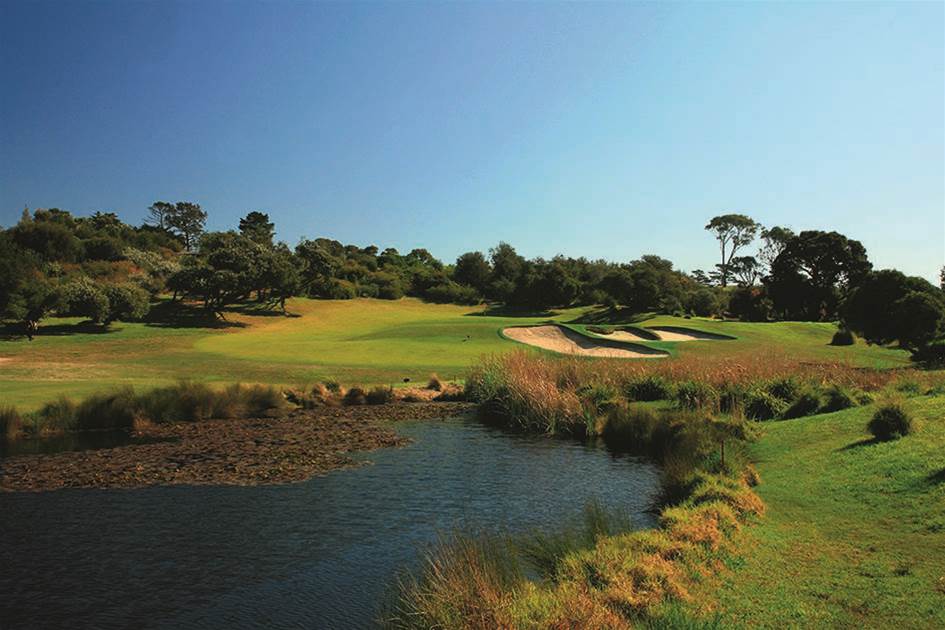 Judge’s Comments: “Sorrento’s standard of presentation can never be questioned. The course has some of the best playing surfaces to be found on the Mornington Peninsula.” – Brendan James.

“There were some really nice shorter holes, but even some of the longer ones required good strategic play.”– Carl Murphy.

“Great presentation, and some terrific holes laid across rolling terrain. My only criticism would be some of the mounding and swales don’t really fit the landscape.” – James King.

Judge’s Comments:“Graham Marsh’s changes here over the past two decades have extracted the best possible golf out of a small parcel of land. The playing surfaces are among the best in Perth.” – Joe Thomas.

“Like many courses in the bottom half of the Top-100 ranking, Cottesloe actually averaged more points per judge than it did in 2016 but dropped places in this ranking. This is indicative of the close nature of the voting rather than any decline in the layout.” – Brendan James.

Judge’s Comments: “The program of clearing vegetation to expose sandy wasteland midway through the front nine has turned these offerings into great holes. They are now visually more appealing and they ask questions of your strategy on the tee. I expect Warrnambool will continue to rise in the ranking as more subtle changes are made.” – Brendan James. Judge’s Comments: “For a regional course I was extremely impressed with the layout and conditioning. The fairways were wide and forgiving, and the greens receptive. Though, I
felt the strategy of the design was forgotten at times.” – Carl Murphy.

“One of the best manicured layouts to be found in regional Australia. There are some memorable holes – the 4th, 5th, 11th, 16th and 17th – that are among the best to be played anywhere along the Murray River.” – Joe Thomas. Judge’s Comments: “Whenever I head to the Gold Coast to play golf I have Lakelands on my list. Nicklaus’ design is certainly a challenge but I love the immaculate fairways and greens. Lakelands has some of the best Bermuda greens in the country.” – Scott Nielsen.

Judge’s Comments: “Reconstruction work on several greens as well as other redesign work has been undertaken during past year and once they are bedded in St Michaels will be better for those changes.” – Brendan James.

“The best holes here for mine is the sequence of holes starting at the par-3 12th through to the uphill par-5 17th. They cover superb natural terrain and have always been worth the cost of the green fee alone.” – Joe Thomas. 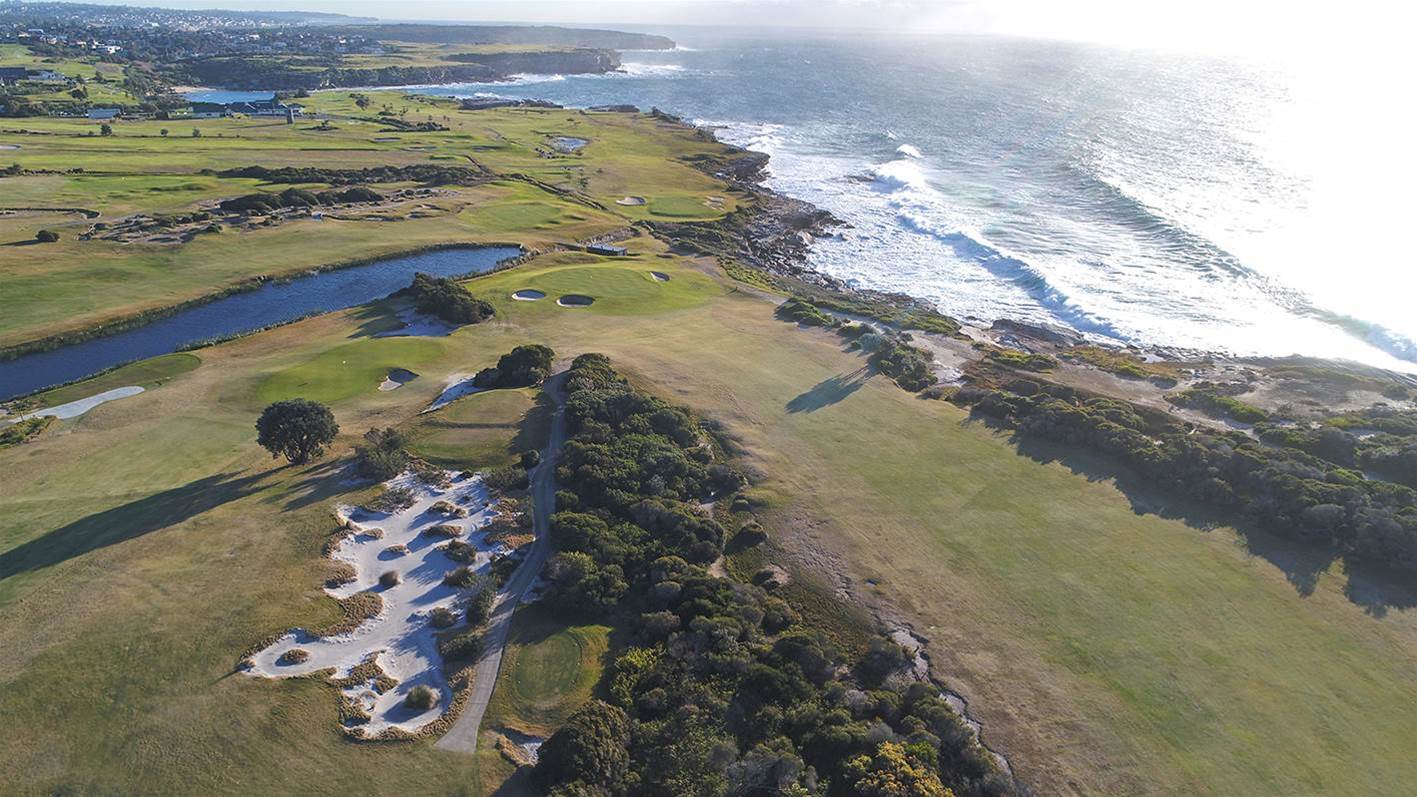 “Wonderful golfing terrain with no better than the par-5 3rd hole, which ranks as one of the best three-shotters in the country. Would be even better if they cleared even more trees from the water line to the left of the fairway to expose more of the hole from the tee.” – Brendan James. Judge’s Comments: “The Lakes course, especially the back nine, is fun and challenging. I always love the closing trio of holes where you can birdie home or rack up a high number. While the fairways are good, I thought the presentation the green surrounds and bunkers was not what it once was.” – Lucas Andrews.

Judge’s Comments: “Black Bull only made its debut in this ranking in 2016 and has swum against the tide to improve its position over the past two years. Beautifully conditioned playing surfaces coupled with interesting strategic holes make a round here a memorable experience.” – Brendan James. Judge’s Comments: “I have always loved the design of The Glades. It’s visually appealing
from the tee and the brash, bold bunkering intimidates and makes you second-guess shot
and club selection. Unfortunately there is more reason than ever not to go in the sand as the presentation of the bunkers wasn’t good on the two occasions I played the course in the past 12 months.” – Lucas Andrews.

Judge’s Comments: “Terrific diversity of holes with the ring of holes from the 1st to the 5th calling on a wide variety of shots. Not a fan of the forced lay-up from the tee on the par-5 11th hole or the new cart path creeping out close to the playing line in front of the 16th green. In terms of conditioning, the consistently high standard reached a few years back has been maintained.” – Brendan James. Judge’s Comments: “The complete reconstruction of the Australian PGA Championship host course created a layout that features bigger, more undulating greens, as well as dynamic bunkering and when set-up to be firm under foot it creates a difficult challenge for the pros. For the average golfer, it’s also a much tougher test, particularly on the greens. However, it is far more enjoyable to play than the previous incarnation.” – Brendan James.

Judge’s Comments: “There’s no doubting it, Pacific Harbour is a tough layout to master, especially when the wind is blowing. But if you choose your tee wisely, you can better appreciate the strategy by approaching the greens from a length intended by the designer.” – Scott Nielsen.

“I have always enjoyed playing at Pacific Harbour but some greens are losing the fun elements of their design due to couch encroachment issues.” – Brendan James.

Judge’s Comments: “The Pines is consistently presented in great shape, which you would expect from a private member’s layout. I agree with some other judges who believe widening the mowing lines in several holes would offer a more strategic golfing experience.” – Brendan James. Judge’s Comments: “Another of Australia’s spectacular inland courses where the unique nature of the design routed around the edges of what was a limestone quarry makes it such a memorable experience. The Lake nine provides a completely different experience
to the jaw-dropping Quarry nine but is just as fun.” – Brendan James.

Judge’s Comments: “For years I felt Links Lady Bay was never quite reaching its potential. It seemed to be too rough around the edges. My last two visits in recent months revealed a layout that is in its best condition ever. The putting surfaces have always been very good but now the tees, fairways and bunkers are beautifully presented and fully complement the interesting and enjoyable design.” – Brendan James.