I am sure you won’t agree with the positioning of all the courses in the list that follows. The exercise of ranking golf courses is not an exact science but based on the various points of our criteria, I think our judging panel has contributed to a list that won’t let you down if you let it guide you to the layouts where you will have the most fun.

Written by readers and golfers themselves, this Top-100 list recommends the best courses for our fellow golfers to play; where you will have the most memorable golfing experiences. That’s what we think is the most important aspect of this ranking – great golf, great memories.

This Top 100 list has been compiled by a panel of 25 judges, each with their own ideas of what makes a good golf course. It is a subjective exercise, so the end result will always raise some debate.

Therefore, you won’t find the word ‘definitive’ used here, as that would be arrogant nonsense. What you will find is a thorough and transparent ranking of the best courses to be found throughout the nation.

It has been a thorough process that began in late 2015 with judges being selected and notified as well as courses being visited around the country, sometimes covertly.

The common thread between all of our passionate golfing judges is that they see a lot of courses during our two-year rolling ranking period.

The criterion used by each judge places greater emphasis on a course’s design and less on its conditioning. While a layout’s general presentation remains important, we felt it was unfair to place too much weight on this element for two main reasons. A judge might happen to visit a course at a time of year when the conditioning is not at its best. Less emphasis on conditioning also addresses the problem of courses being elevated beyond their true rank based on immaculate conditioning courtesy of a huge budget, rather than its overall design and conditioning qualities.

Judges work through their thoughts on design (60 percent of their working guideline), condition (20 percent) and visual appeal (20 percent) and then submit their ranking list of courses. The scores are then tallied and average score across the voting judges is attributed to each course.

This year there were several courses not considered for the ranking. We have an ongoing request from the management of Capital Golf Club, in Melbourne, not to be ranked.

A similar request not to be considered for ranking was received by the recently opened Greg Norman-designed Cathedral Lodge. Hopefully, we will get the opportunity to see where this Victorian gem enters the ranking for our January 2020 edition.

Several courses were not ranked because of major ongoing redevelopment work, which was still ongoing when voting closed. They include Peninsula Kingswood CC South and North Courses and Sydney’s Concord Golf Club, which is undergoing a Tom Doak redesign.

This year’s ranking sees several layouts making their debut. The Greg Norman-designed Eastern Golf Club has two courses, the North and South Courses, while the completely redesigned Westbourne Course at Royal Canberra re-enters the Top-100 after officially reopening in early 2017.

King Island’s Ocean Dunes course missed appearing in our 2016 ranking by just a few months. It appears in our list for the first time and has made a big impact on the top-10 of this ranking.

With our Top-100 Courses ranking completed for another year it’s time to start planning the next, with the aforementioned absent courses at the top of our judge’s lists to look at.

Judge’s Comments: “Since converting its fairways to the hardier Santa Ana couch and addressing some of its water issues, Federal has improved year-in, year-out. Given its location so close to the centre of Canberra, a round at Federal feels like a country escape with beautiful bushland surrounds with great views across to the Brindabella Ranges.” – Brendan James. 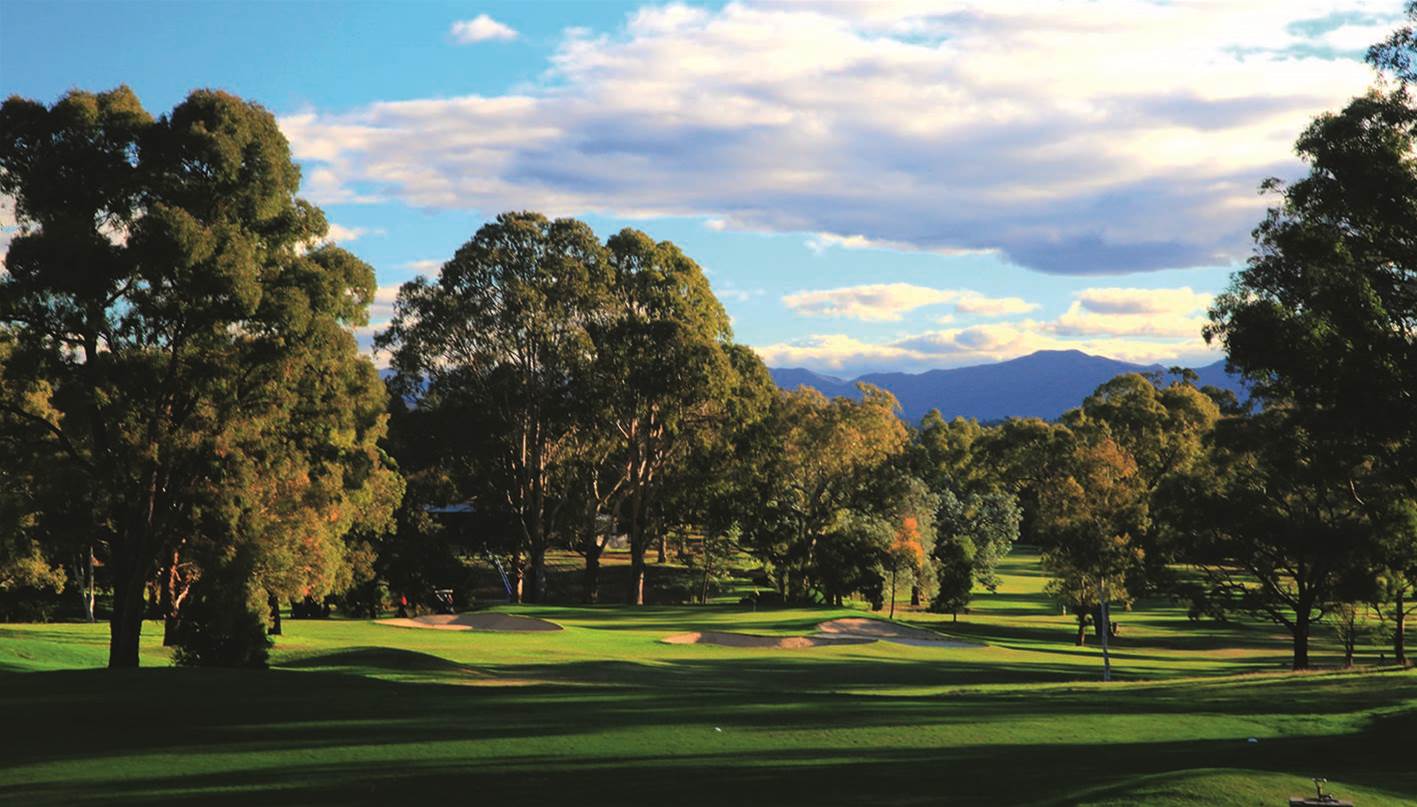 Judge’s Comments: “Despite averaging similar points from our judges than it did in 2014 and 2016, Royal Perth has suffered a drop in this ranking, which is indicative of the congestion
of courses in the second half of this list. Cannot
be faulted for year-round high quality presentation.” – Brendan James.

Judge’s Comments: “I was pleasantly surprised at how good Royal Hobart was. There are still issues with bits of the routing but it was in great condition and there is lots of interesting movement in the fairways. Best of all they are addressing tree encroachment and have started to open the course up and get a bit of width back.” – Brian Walshe.

Judge’s Comments: “The West course at Indooroopilly probably deserves to have climbed more than one spot and with two more points on board it would have. The ongoing agronomy works around the greens have bedded well and have easily added to the enjoyment of playing this layout.” – Brendan James.

Judge’s Comments: “Twin Waters offers generous fairways and equally receptive putting surfaces. Always in very good condition but I have to wonder why there are strips of greenside ‘rough’ on the upslopes approaching greens like the par-3 11th and the par-5 18th. Surely these only hamper the shorter hitter who tries to run their shots onto the putting surface.” – Brendan James.

Judge’s Comments: “The Murray course has been improving year-on-year for most of the past decade. Considering it’s one of the busiest public access courses in Australia, the quality of the playing surfaces should be the envy of any private city club.” – Joe Thomas.

“Always enjoy playing the Murray Course. The tall stands of gums that line most of the fairways provide a theatre for golf that is very Australian and typical of golf on the mighty Murray.” – Lucas Andrews.

Judge’s Comments: “Five years on from the redevelopment of the layout, the playing surfaces have matured nicely and are consistently very good. The redesign has addressed all of the drainage issues that previously afflicted the course but there are some holes, like the back-to-back par-5s at the 2nd and 3rd, which are devoid of any risk-and-reward strategy and demand a lay-up from the tee to avoid a water hazard cutting the fairway in two.” – Brendan James.

Judge’s Comments: “Twin Creeks has reclaimed some of its lustre during the past two years after going to a ranking free fall in the handful of years before when conditioning was a real issue. The level of presentation has improved markedly and this has enhanced the Graham Marsh design.” – Alex Chapman.

Judge’s Comments: “The conversion of all the putting surfaces to Champion Ultra Dwarf – the first Australian course to do so – has done wonders for this layout.” – Lucas Andrews.

“The relatively new ‘Champion’ greens are a delight to putt on and are only getting better.” – Peter Martin.

“Not a tough course but enjoyable for golfers of all abilities. If you possess a good short game you’ll love this layout.” – Brendan James. 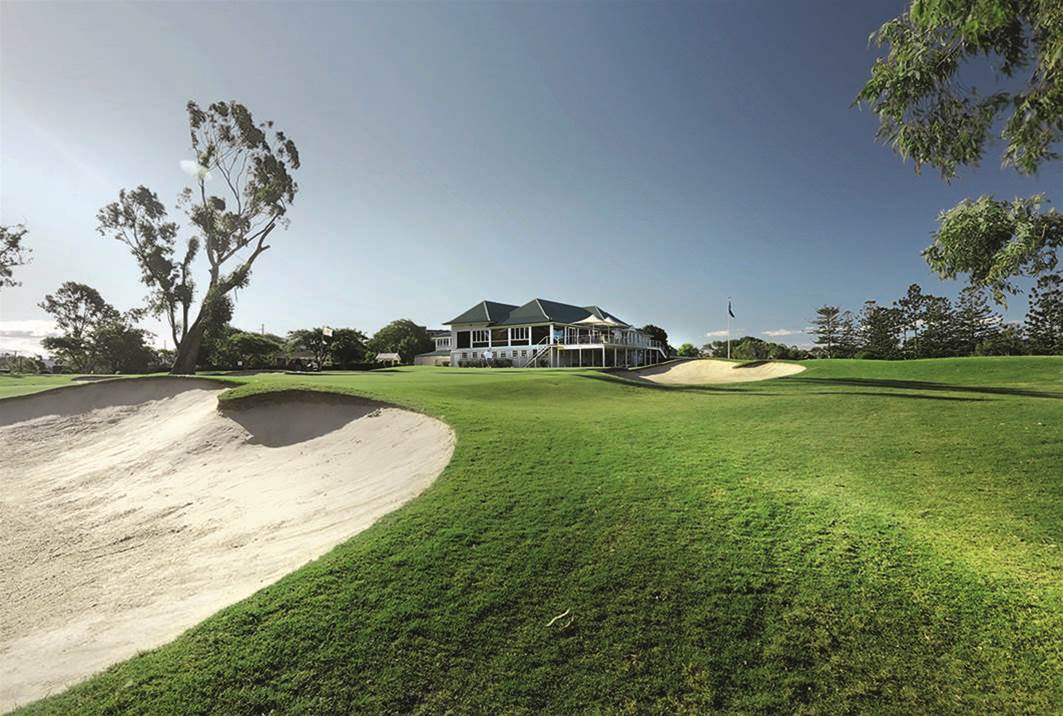 Judge’s Comments: “I really like the variety of different holes, played in different directions across good rolling terrain. The presentation of the layout has been impressive each time I have been there.” – Joe Thomas.

“I’d really like to see something done to the short par-4s, like the 10th and 18th, to offer a little more strategy. Both are under 300 metres and little more than a long iron and pitch for a par. I’d love to be tempted to have a go at both greens.” – Brendan James.

Judge’s Comments: “For a course that is not overly long, Royal Fremantle presents plenty of challenges. The undulating terrain provides the platform for a significant number of interesting holes like the long uphill par-4 7th hole, which can be a brute. The par-4 15th is arguably the most memorable of the back nine holes.” – Brendan James.

“There have been some subtle design improvements here over the past few years,
which have been good. A constant here is the good quality kikuyu fairways and bentgrass greens.” – Lucas Andrews.