Adam Scott is favourite to win the UNIQLO Masters but as Ronda Rousey's knockdown on Sunday proved, there are no certainties in sport. Brendan James reports

BY BRENDAN JAMES AT HUNTINGDALE

EVERYONE loves a winner. They love a certain winner even more, which has been clearly evident in Melbourne during the past week.

Few gave Holm any chance at all. Bookies had Rousey at Black Caviar-like odds and were even taking bets on how long it would take for the World Bantamweight Champion to knock out her opponent. Many punted on Rousey knocking out her challenger in less ten seconds. 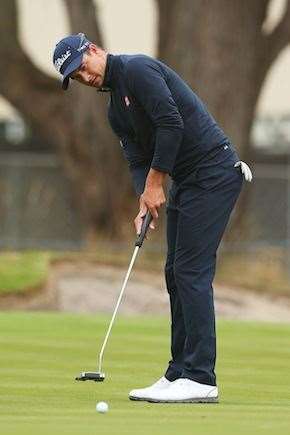 Melbourne caught UFC fever and could not get enough of Rousey, so much so that a world record 52,000 turned up at Etihad Stadium to witness the biggest mismatch since David gave the one-fingered salute to Goliath.

Tomorrow, Adam Scott begins his bid for the UNIQLO Masters. He, like Rousey, will be the overwhelming favourite to win. And why shouldn’t he be, he already has two 40 regular gold jackets hanging in the wardrobe at home, alongside the coveted green one and a few others of various shades and patterns.

Scott is also the only major champion in the field this week and at No.12 in the world, he is the lowest ranked player teeing it up at Huntingdale. His closest rivals – all from Queensland – are Steven Bowditch (No.72), John Senden (No.80) and Cameron Smith (No.107). If the bookies ledger is any guide, Scott at $3.75 is a laydown misère to take home a third gold jacket.

Another week in Melbourne, and another seemingly lop-sided sporting contest.

This one will be played out in the heart of the world famous Sandbelt. It won’t have the Roman Coliseum baying-for-blood atmosphere of Etihad, but Huntingdale’s galleries will be appreciatively golf clapping louder than most for Scott. And rightly so, he should win. He expects to win.

“I'm playing a lot at the back end of the year, and I feel like I'm right in competitive mode,” says Scott, who finished second in his hunt for a third consecutive Masters title last year.

“So I want to put myself into a position where I'm competing over the weekend. Anything less than that is going to be a disappointment for me.

“I'd love to win at Huntingdale. I've had a couple close calls here in playoffs, and it would be nice to go one better. That's where my mind‑set is at the moment.” 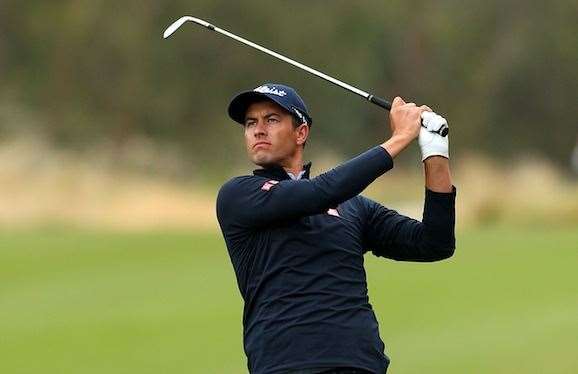 Scott says being the favourite this week sits well with him. PHOTO: Graham Denholm/Getty Images.

Golf is far more fickle than trying to kick the tripe out of someone. Anything can happen over the course of four rounds and Huntingdale is one venue where the unlikely can become reality.

Remember when a young and relatively unknown Craig Spence went toe-to-toe with Greg Norman in the final round of the 1999 Masters and won with a last hole birdie. Then there was the time a club pro claimed the gold jacket over a field that boasted Tiger Woods and the cream of Australian golf. That was in 1997 and it kick-started Peter Lonard’s career, which netted a further eight Australasian Tour wins and a US PGA Tour victory.

That all said, being the favourite this week at Huntingdale sits well with Scott.

“It's always worked in my favour when that's been the case over the years at certain events, not necessarily just Australian events, but a few others,” Scott said. “I've felt that kind of being the favourite made me play better. Hopefully it goes that way this week, too.”

Bowditch, Senden and Smith are the likely threats to a Scott victory. 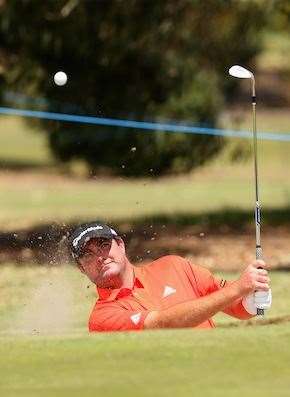 Steven Bowditch gets in some bunker practice ahead of the UNIQLO Masters. PHOTO: Quinn Rooney/Getty Images.

Bowditch, a two-time winner now on the PGA Tour, has matured into a weekly contender and with that his expectations at every tournament are now much higher than they once were.

“I feel like I'm starting to every week now turn up and compete; not just compete, but go out there to hopefully have a chance on the back nine where years past, I guess I've only sort of felt that when I'm running on all cylinders and now I sort of feel like I can not have my A Game and go out there and use other aspects of my game and compete.”

In 2004, a 21-year-old Bowditch finished bogey-par to miss a spot in the play-off alongside Richard Green, David McKenzie and Greg Chalmers. Green, who is also playing this week, went on to claim the title at the first sudden death hole.

“That was my first Masters as a younger guy,” said Bowditch, who has Aaron Baddeley’s former caddie Anthony Knight on his bag this week.

“He loves the place and so do I,” Bowditch said of Huntingdale. “It's nice to come back and walk through the clubhouse and see all the great Australian golfers that have won and sitting there with the mustard jacket and the trophy.

“I haven't really, to be honest, put enough emphasis on Australian golf for my career in the last sort of three or four years. It's just sort of been come back home, see my family, see my friends and then head back to the States.

“This year, once I got to the Presidents Cup and once I got into the top 30, I put a major emphasis on doing well this summer.”

Beyond the likes of Bowditch, Senden and Co, there are some highly creditable players capable of a Scott knockdown including a teenage amateur who knows the Huntingdale course well. 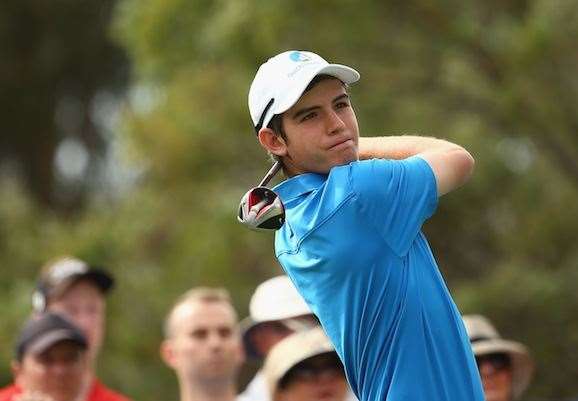 No amateur has ever won the UNIQLO Masters and Ryan Ruffels is more than capable of becoming the first. The 17-year-old, who finished tied 17th at last year’s Masters, has a liking for the hard and fast Sandbelt courses and Huntingdale ranks among his favourites. In the final of the Australian Interstate Teams Series in May, the Victorian No.1 took on Queensland’s premier amateur, Taylor McDonald, and dispatched him 5 & 3. McDonald was six under for his round through 15 holes of the Huntingdale layout … Ruffels was an incredible 10 under.

Ruffels has a genuine shot at history this week. He might just be the ‘Holly Holm’ of this event. Stranger things have happened.

If Rousey’s knockdown taught us anything it is that nothing is ever certain in sport. There are no guarantees but it still might pay to get the 40 regular gold jacket pressed before Sunday.