It’s difficult to put your finger on just what it is about this game that seems to get into the bloodstream.

The list of reasons is long and ranges from the sensations – both physical and mental – of a well struck shot to the time spent outdoors with friends.

In truth, it’s likely something different for everyone.

But whatever the reasons, the reality is that for a significant percentage of people who play the game, golf is much more than just a recreation.

It’s rare, for example, to meet the club member who has a ‘take it or leave it’ attitude to golf and anyone who has ever met a player newly infected can’t help but smile at the child like enthusiasm it engenders.

"Whether it be the simple act of inviting a non-golf friend to experience the game for the first time or a concerted public campaign by Golf Australia, there has to at least be an effort made if golf – or more specifically public and semi-public golf – is to survive."

All of which only makes it more perplexing when one meets somebody who genuinely hates the game.

And even more surprising again when one realises this group is a not insignificant portion of the population.

It’s always been my belief, borne out by admittedly limited experience, that it’s not actually the game these people hate but the image it projects.

From multi-millionaire professionals flying the world in their own jets to large, fenced off portions of land in cities and suburbs they never get to see, the non-golfer gets not a jot of information about the things we, as every day golfers, cherish most about the game.

So whose fault is that? Should we expect the non-golf public to be actively educating themselves about the game?

Or is it the responsibility of us golfers and those tasked with administering the game to be doing that? The answer seems pretty clear.

Outside of Scotland the game – and we who play it – have undeniably promoted and revered exclusion rather than inclusion.

Think of almost any course that would appear on the bucket list of a majority of golfers and chances are it will be attached to a private or ultra-private club.

For an extreme example, look no further than this week’s Masters host – Augusta National Golf Club – where it has been said that simply enquiring how to become a member is enough to guarantee that outcome will never eventuate.

That doesn’t mean there is anything wrong with private clubs or membership but it does mean a broader narrative that promotes other aspects of the game would be helpful.

Whether it be the simple act of inviting a non-golf friend to experience the game for the first time or a concerted public campaign by Golf Australia, there has to at least be an effort made if golf – or more specifically public and semi-public golf – is to survive.

One doesn’t have to look far to find examples of golf courses under pressure from outside interests for taking up too much space for the ‘exclusive use of the few’.

If that narrative is going to change – and it needs to if the game is to survive – it is going to need to come from within.

Augusta National’s future might be guaranteed but Sydney’s Moore Park – one of the busiest golf courses in the world – isn’t.

To my mind, there’s something wrong with that picture. 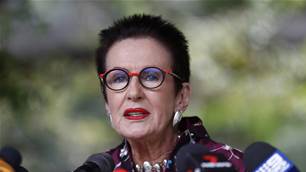 Morri: Golf at Moore Park not just a numbers game