Aside from going against every cornerstone of professional competition (that everybody starts even and the last person/team standing wins), the Tour Championship actually indulges in something much worse.

The ‘staggered start’ at East Lake deliberately and proudly gives all the assistance to those who need it the least. The exact opposite of what a handicap system is designed to do.

Now in its second year, the handicapped Tour Championship continues to defy logic as the PGA Tour desperately try to invent an entertaining way to give away the sponsor’s millions.

But the real problem here isn’t the Tour Championship per se, or even the format it has adopted.

The bigger problem is the flawed thinking that allows a committee meeting where the eventual outcome is this grotesque facsimile of a golf competition.

"A 30-man race for US$15 million would be a much more compelling finale than this contrived nonsense they have come up with." - Rod Morri.

The company line is that the format in Atlanta ‘rewards’ the top players for the ‘body of work’ that is an entire season.

Which neatly ignores the fact the top players have already been ‘rewarded’ for their ‘body of work’.

If you are at the top of the ‘season long points race’ it means, by default, that you have won the most money.

And money is what professional golf is all about. Money – and pretty much only money – in fact.

The Tour’s constant fiddling with the end of season event has been a source of irritation since the FedExCup launched last decade.

Almost every year the format has been tweaked in some way to try to give an advantage to the leading players.

But all it has achieved is confusion and, worse, the dilution of a product that could – and should – be fascinating.

As with most human endeavours, the Tour is over-complicating things. The ‘reward’ for a player’s ‘season long performance’ should simply be a place in the field.

A 30-man race for US$15 million would be a much more compelling finale than this contrived nonsense they have come up with.

No player in that top 30 needs any assistance to win a golf tournament. That’s how they got there.

But as it stands, the five players who start even par – and 10 shots behind the leader – know deep down they have no chance.

It’s difficult to fathom why the Tour is so hell bent on skewing the outcome of the FedExCup and it is somewhat surprising FedEx has continued to put up with it.

Would it be a bad outcome for the sponsor if Cameron Smith, Viktor Hovland, Cameron Champ, Mackenzie Hughes or Billy Horschel – the ‘bottom five’ this week – won the major prize?

Because under the ridiculous system as it stands, all were effectively (though not mathematically) eliminated before the tournament started.

Which, when you think about it, actually seems like the opposite of a ‘reward’ for their season long performance. 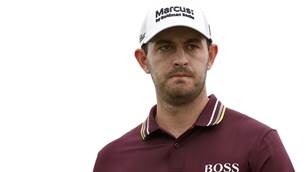 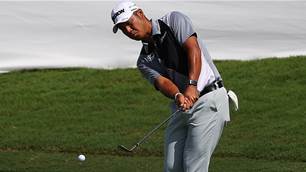 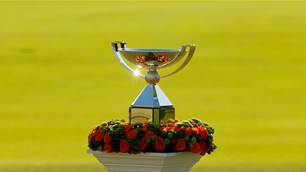