“2 months practicing left-handed and he’d be a Top 10 player in the world.”

It’s the sort of thing Zalatoris might need to get used to, if he isn’t already.

Needs to putt left handed. 2 months practicing left handed and he’d be a Top 10 player in the world. https://t.co/bu5gogXge3

Aside from the money and celebrity and all the fun stuff that comes with being one of the world’s best golfers, there is also a much less appealing ‘bonus’: scrutiny.

From experts like Haney to 'Monday Morning Quarterbacks' boasting far fewer qualifications, elite golfers are subject to scrutiny like few other athletes.

No part of a golfer’s game is considered off limits when it comes to analysis, from technique to mental toughness and even character.

From Tiger to Patrick Reed, playing golf for money comes with commentary. 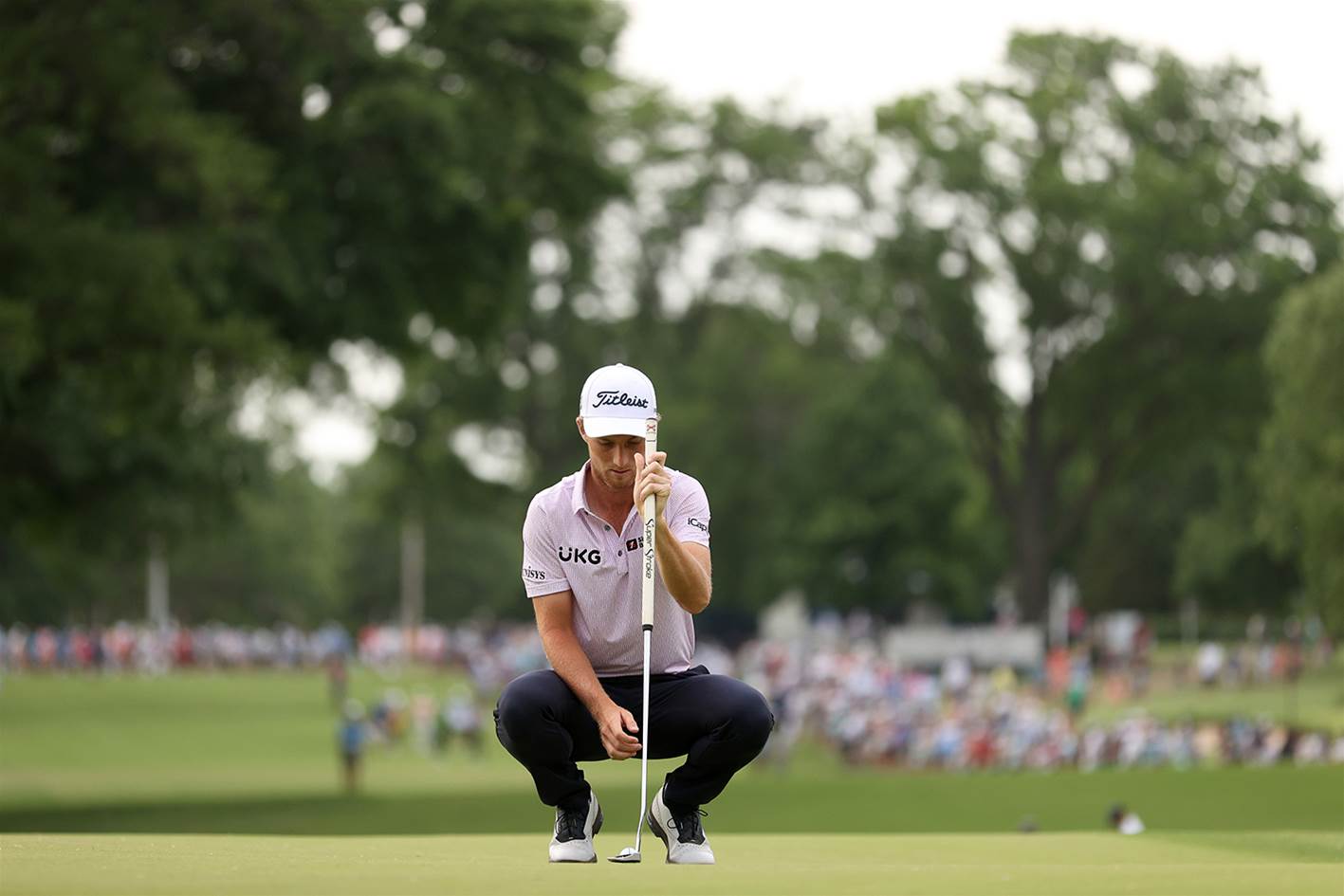 Will Zalatoris lines up a putt during the final round of the PGA. PHOTO: Getty Images.

In terms of his putting, Zalatoris finds himself in a not dissimilar position to many golfers of the past.

Vijay Singh and Adam Scott (and Peter O’Malley here in Australia) are among those who have been tagged with the ‘great hitter, poor putter’ mantle.

Short of avoiding any and all coverage of the game, the 25-year-old PGA runner-up will – like Singh and Scott et al before him – be reading and seeing constant evidence of his difficulties on the greens.

And like playing under the intense pressure of the back nine at a major, dealing with that scrutiny is a lesson that can’t be taught, only learned.

Singh famously found sanctuary via a sports psychologist and a seemingly simple trick: telling himself he was the best putter in the world.

And as much as it must be like living a dream, it pays those of us who watch for entertainment to remember that it’s also not all beer and skittles.

For a man who must have read and heard literally thousands of times over the years how he could have won so much more if only his putting was better, it worked. He won the FedExCup in 2008 with some brilliant work on the greens.

Of course, scrutiny at the highest level isn’t restricted to the technical aspects of the game and brings with it pressures even the very best have struggled with.

In 2013 Rory McIlroy and Yani Tseng were the respective World No.1 in the men’s and women’s games and both talked openly at the time about the pressure taking the fun out of the game.

McIlroy clearly got over that hump but Tseng never did.

Two-time major winner Martin Kaymer explained it this way in 2011 after his eight-week stint as the game’s top dog:

"It is way underrated by players, fans, even family sometimes. I became the German face of golf, and I was under a spotlight, and it was a little awkward.

Like all of the game’s best players, Zalatoris has likely devoted most of his life’s energy to getting where he is today.

And as much as it must be like living a dream, it pays those of us who watch for entertainment to remember that it’s also not all beer and skittles.