There are countless nuggets of wisdom to be found in the words of the game’s best players and an observation of Peter Senior’s some years ago seems relevant today.

Sophia Popov’s stunning win in the AIG Women’s Open at the weekend was testament to the truth of Senior’s words, the 28-year-old’s victory taking everybody – including herself – by surprise.

According to the world rankings, there were 303 golfers in the world with superior talent to Popov at the start of the week and pretty much everyone in the field at Royal Troon was in that number.

And yet, by playing her best golf all week, Popov was good enough to triumph in one of the game’s biggest and most important championships.

"It proved Senior right: Popov’s best is good enough to win a major so on all those other weeks it is her less than stellar play that is holding her back." - Rod Morri

“Everyone at this level is good and everyone can shoot 63 when they’re playing well,” Senior said way back when.

“It’s when you’re in danger of shooting 75 and manage to turn that into 72 instead … that’s what world class players and the very best do.”

Popov’s win proves just how razor thin the margins are at the top echelons. That a player who has spent the bulk of her career on the secondary Tour in the US (without a victory) could bob up and win a Grand Slam event is telling.

It proved Senior right: Popov’s best is good enough to win a major so on all those other weeks it is her less than stellar play that is holding her back.

Tiger Woods is another stunning example of Senior’s theory. Woods spent the best part of a decade and a half dominating the game not with his good golf but with his ‘bad’.

Like all his peers, Woods’ good was – and is – breathtaking. But unlike most of the rest, Woods’ ‘bad’ golf was even more impressive.

All of which begs the question: how does a golfer improve their ‘bad’ golf? That’s something for those who make a living playing and teaching the game but it may just be the answer is more mental than technical.

From the outside, it appears the difference between Woods and the rest was a combination of attitude combined with superior physical skill.

For Popov – and most of the rest of us mortals – the biggest gains are more likely to be found in attitude than technique.

Popov now knows her good golf is good enough to beat the very best in some of the toughest conditions imaginable.

If she can now figure out how to improve her ‘bad’, golf she will be well on the way to being one of the best in the world.

It will be interesting to watch that journey unfold. 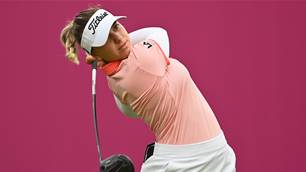 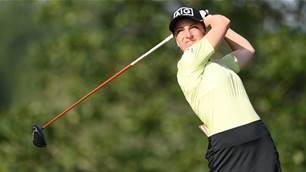