Do we want golf to become another ‘bash’ game? The appeal of golf, to me at least, has always been that it isn’t a ‘bash’ game.

What golf has always required for success is a multitude of skills, several of them seemingly diametrically opposed. Like hitting a long drive AND being able to hole putts.

But with each passing year we seem to move a step closer to the reality that golf will join the list of ‘bash’ games, Bryson DeChambeau giving us the most recent peek into that future.

With his bulked up body and ungainly new driver swing, the last thing one could call Bryson – and it used to be (still is?) a compliment in golf – is elegant.

Now, this is not a knock on DeChambeau. I don’t pretend to be a fan of his style of play but am adult enough to recognise just how much skill – and work – is required to do what he has done. And let’s be honest, he is simply answering the questions being asked of him. The great courses of the world, like Royal Melbourne, cannot simply be recreated overnight with an added 20 percent of length. PHOTO: Warren Little/Getty Images.

Having said that, one of the things we do know is that if DeChambeau has success with his method (which looks likely based on results so far) it will be the norm in 10 or 15 years’ time.

Which leaves the game facing some much bigger questions in the longer term. For recreational golf it is about sustainability and safety while for the professional game it’s about – dare I say it – entertainment.

Like fast food, ultra-long hitting tends to follow the laws of quickly diminishing returns. The more you have the more you want but the less satisfied you are each time you do it.

"No golf course in the world has ever been designed or built with an average driving distance of 300 metres in mind. And for mine, no course ever should be."

Bryson’s eye popping 370-yard tee shots of the past couple of weeks will be ho hum soon enough as we start to demand the player who can hit it 400.

If you don’t find this a convincing argument, ask those who were gobsmacked at Dan Pohl’s 274.3 yards back when they started keeping stats in 1980. Fast forward to 2020 and Pohl would be fourth on the LPGA’s driving distance list. (He wouldn’t make it on the PGA Tour list which goes down to 226 players and ends at 275.4 yards).

No golf course in the world has ever been designed or built with an average driving distance of 300 metres in mind. And for mine, no course ever should be.

Leaving aside the reality that it’s impossible to just recreate Royal Melbourne or the Old Course overnight but 20 percent longer, the world is too fragile a place for the game to contemplate such a course of action. It is neither a sensible nor legitimate way forward.

If we accept that reality yet golf continues down the ‘bash’ road the only possible outcome is that the skill set required to compete at the top level will fundamentally change.

None of these arguments are new, nor is the discussion itself. But the hallmarks of the distance ‘debate’ to date have been lots of talk and no action.

Perhaps Bryson, who has now shown all of us the future, will be the catalyst to move things forward; whatever direction that may be. 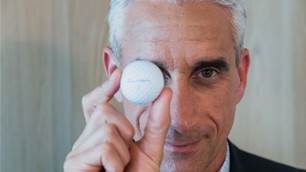