They say the best golf courses reveal themselves over time rather than on the first or second playing and the same could be said of the game itself.

Golf is always more evolution than revolution (a source of agitation at times) and encapsulates wonderfully the notion that the game is more ‘journey’ than ‘destination’.

Two-time Australian Masters champion turned super-coach Brad Hughes sparked a flood of reminiscences from fellow golfers this past week when he touched on this theme.

In a Twitter thread about retro equipment, Hughes recalled his first interaction with the game at the age of 10.

"Golf gives us all of these things but not all at once. Like a great course, the game reveals itself and its lessons over time."

130 was the answer to the score question but as his next tweet revealed – after being asked about the quality of the course – it also embraced a number of more important themes.

“Knew no better,” he said of his thoughts about the course at the time. “When you are 10 years old and just learning a 240 metre par 4 looked like a mile and grass, trees, design meant little … just you the ball a half set and a flag down the other end.”

Most of us will recall a time when the game seemed so simple, a time before we clogged it up with notions of ‘good’ or ‘bad’.

A time when the game consisted only of the ball and the target and there were no concerns about all the stuff in between like the latest driver, range finder, turf conditions, consistency of the bunkers and all the other inconsequential things we place importance on.

Those are things that evolve (not necessarily for the better) as we continue our journey in the game but so, too, does our appreciation of other aspects of golf.

Things like course architecture, the importance of who you play with above where you play and the broader life lessons to be learned about patience and character and human frailty.

Golf gives us all of these things but not all at once. Like a great course, the game reveals itself and its lessons over time.

The journey lasts a lifetime for those lucky enough to discover it early – like Hughes – but it rewards all who undertake it no matter when or where they start.

The 10-year-old Brad Hughes amassing 130 strokes at Edithvale more than 40 years ago was the same Brad Hughes who laced one of the great 3-irons in Australian golf to the final green at Huntingdale in 1993 on his way to the first of two Masters titles there.

The same Brad Hughes that went on to tee up at Augusta and Oakmont and Carnoustie and compete for the most important titles in the game.

The same Brad Hughes who now helps guide the careers of several players on the game’s biggest stage as coach and mentor.

It’s evolution at work and all part of the journey because in golf, like life, there is no destination. 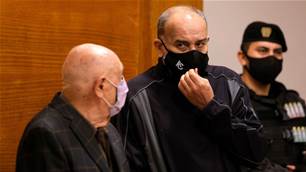 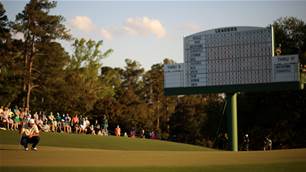