Behind the trademark wraparound shades, Hideki Matsuyama portrays himself as a man of mystery and of few words.

When the Japanese star is inside the ropes battling on the PGA Tour, his concentration is 100 percent as he seeks golf immortality and perfection, by way of him being amongst a very select few who would labour on the practice range from dawn to dusk.

The 29-year-old, who is Japan’s golden hope in the men’s golf competition in the Tokyo Olympics, understands his duty and responsibility to his army of fans and nation that he regularly conducts interviews with a throng of Japanese media after every round, irrespective of whether he had just shot a 66 or 75 so that news of his progress will be shared at home.

Even then, Matsuyama keeps his cards closely to his chest.

Known for his privacy, he surprised the media back in 2017 by announcing he and his wife had welcomed their first born. The thing is, most were not even aware he was married. “No one really asked me," Matsuyama said ruefully. 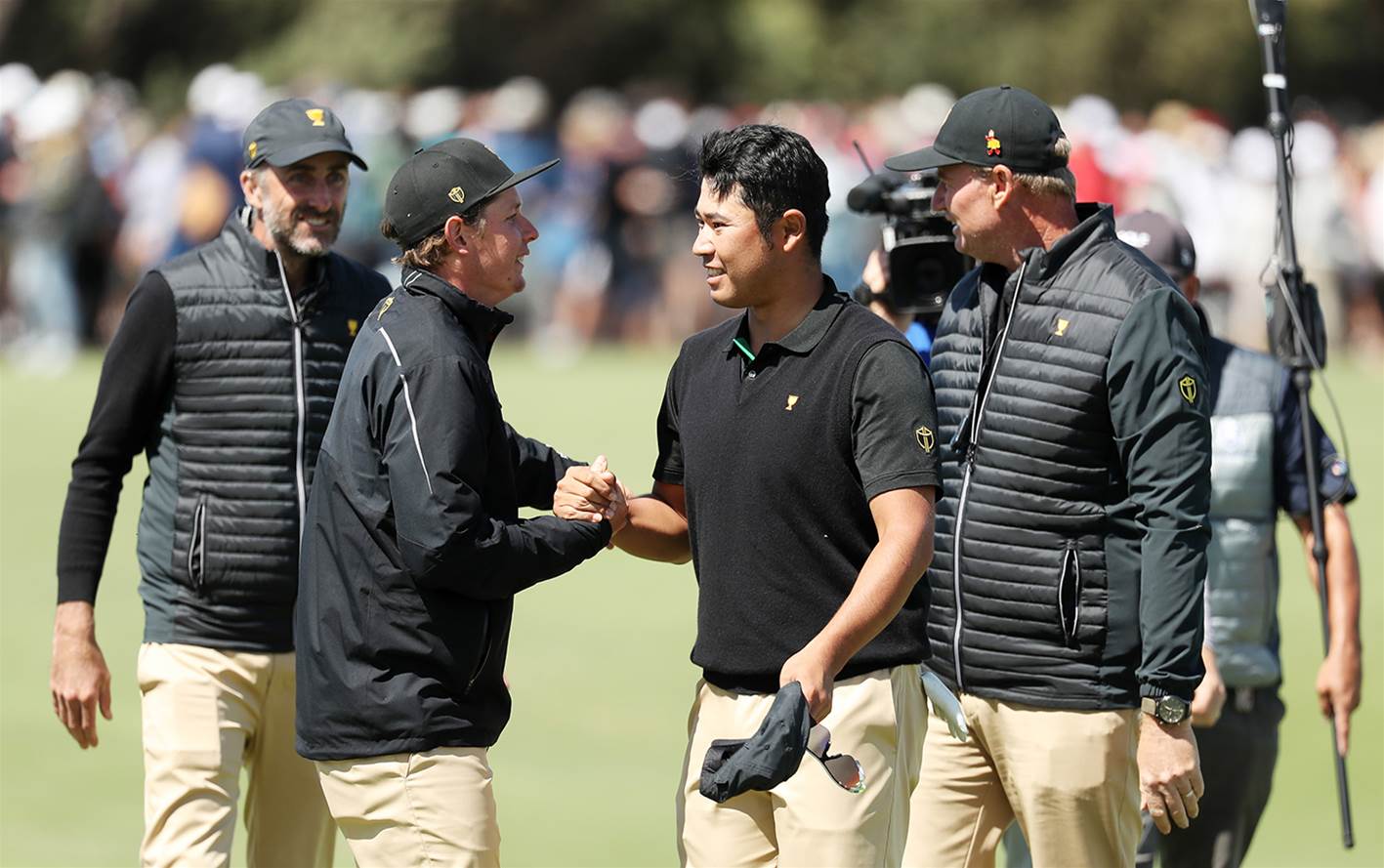 However, those who know Matsuyama say he is funny, thoughtful and humble, despite the fact that he has accumulated six PGA Tour victories to date, including an historic triumph at the Masters Tournament in April, which made him the first Japanese male major champion.

Marc Leishman, who has played on several International Teams at the Presidents Cup alongside Matsuyama, says Hideki has a good sense of humour.

“He loves a laugh. If you do get to talk to him, he loves it when you say stuff and make him laugh and he does understand a little bit of English,” said Leishman, who will also compete in the Olympic Games. “He certainly knows a lot more English than I do Japanese. He’s a private person but with a good sense of humour.

“When the ZOZO tournament was in Japan (in 2019), we went out for dinner at one of his favourite restaurants. He just ordered food for us. I remember he ordered one thing I think it was a bit of a joke on me. I said I'll eat anything. And he ordered for me some raw beef and it had a raw egg on top of it. Just the egg yolk which was very interesting. Gave everyone a laugh in the room. That's just the sort of thing he'll do, just a bit of an out-of-the-blue practical joke. I just wore the brunt of it.”

Cameron Smith, another Aussie Presidents Cup International teammate in 2019, echoed Leishman’s sentiments, saying Matsuyama isn’t all serious and business-like as many perceive him to be with his often stoic and dead-serious look.

“He's very funny. When you get to know him, even though we have the language barrier, he's very witty. He goes around a golf course and he plays pranks on you. Hideki is just definitely more light-hearted than I think people sometimes perceive,” Smith said.

"...He is a big star, but there's a humility to him that is pretty cool to see someone have that much attention on him. He's handled it well." – Webb Simpson.

Chinese Taipei’s C.T. Pan teamed up with Matsuyama to secure two wins in the Fourball sessions against Patrick Reed and Webb Simpson at the 2019 Presidents Cup and said his partner helped ease his nerves by displaying a lighter side of his demeanor.

“He's kind of funny. The matches I played with him, I mean he was really serious but was always trying to lighten the mood at the same time. I think he knows what to do as he’s the veteran, but in general he’s funny,” said Pan. 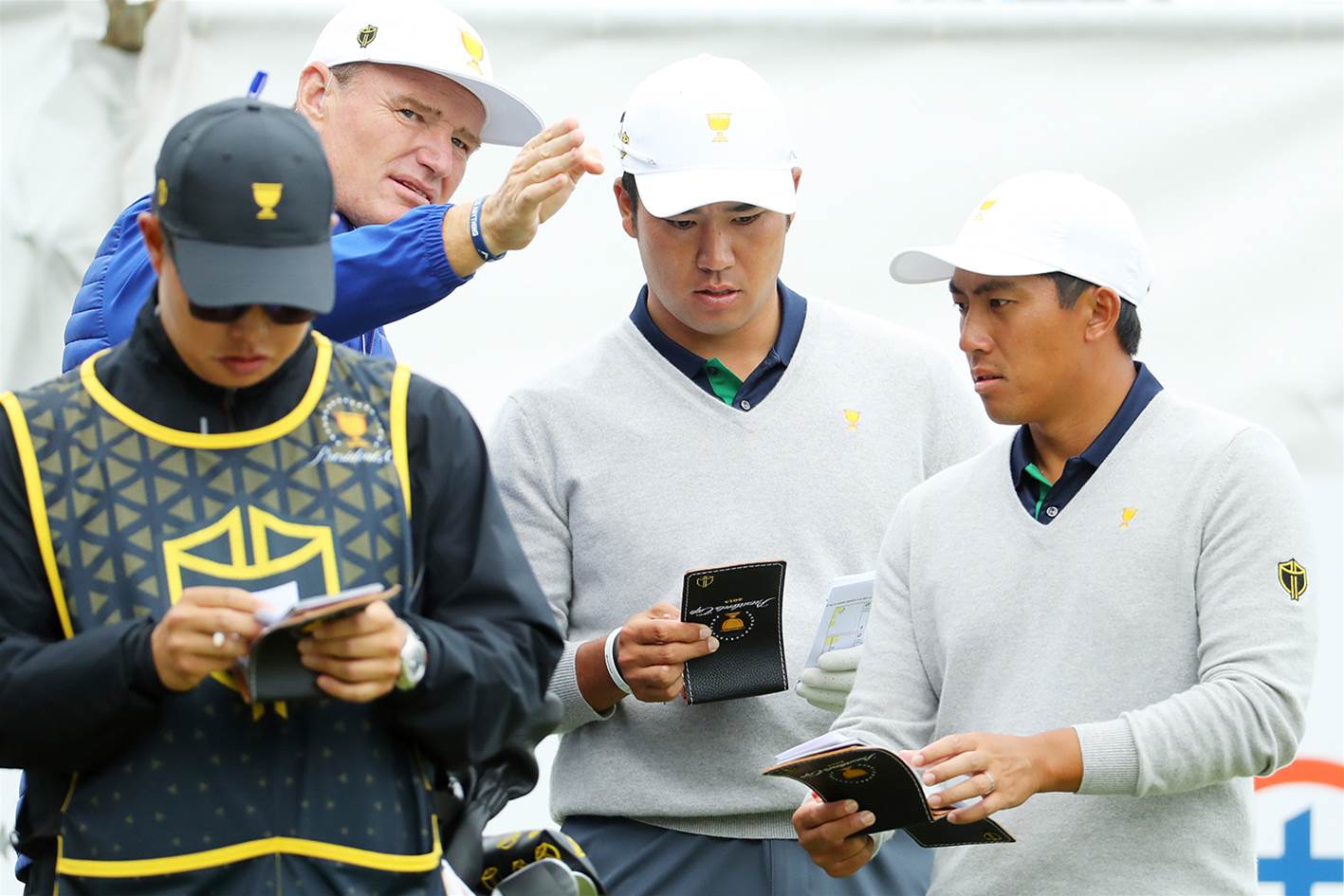 Matsuyama and C.T Pan get some directions from Captain Ernie Els during the 2019 Presidents Cup. PHOTO: Getty Images.

When Webb Simpson flew over to Japan to play in a local event several years back, Matsuyama booked an entire restaurant to host the seven-time PGA Tour winner to a sumptuous meal. The American also admires how Matsuyama has handled the fame and pressure that have followed him since his arrival on the big stage after his maiden PGA Tour triumph at the Memorial Tournament presented by Workday in 2014.

“We always go get sushi,” Simpson said. “When I played in the Dunlop Phoenix, he invited me to dinner, and the restaurant shut down for him. He ordered for me.

“That was a little more like kind of the raw sushi, like the stuff was living, and then it was killed and we ate it right away. No shrimp tempura, but we had a good time,” laughed Simpson.

“I think he's got a great demeanour about him. He seems to handle the pressure so well. I think his wife and kid are at home, and I know that's hard. He's chosen a career on the PGA Tour, and he's got a humble attitude about him. I think over there (in Japan) he is a big star, but there's a humility to him that is pretty cool to see someone have that much attention on him. He's handled it well.”

With the men’s golf competition starting on July 29 at Kasumigaseki Country Club – the venue which saw Matsuyama lift the first of his two Asia Pacific Amateur Championship titles and also the Japan Junior title – the hopes of a nation will rest squarely on his shoulders.

Shigeki Maruyama, a three-time PGA Tour winner and Japan’s coach for the Olympics, believes the nation’s new-found momentum for growth in the game would increase multi-fold should Matsuyama deliver a gold medal after the Masters euphoria.

“The economic effect would be huge. We shouldn't put too much burden on his shoulder, but Hideki obviously grew to that level. Everybody is proud of his accomplishment. Everybody in Japan will continue to have high expectations, although that's a big load for him,” he said.

“He gave us a big dream. That's what I think he did. Japan's experiencing a golf boom right now. Because of that, the number of junior golfers who want to become the next Hideki will increase for sure.” 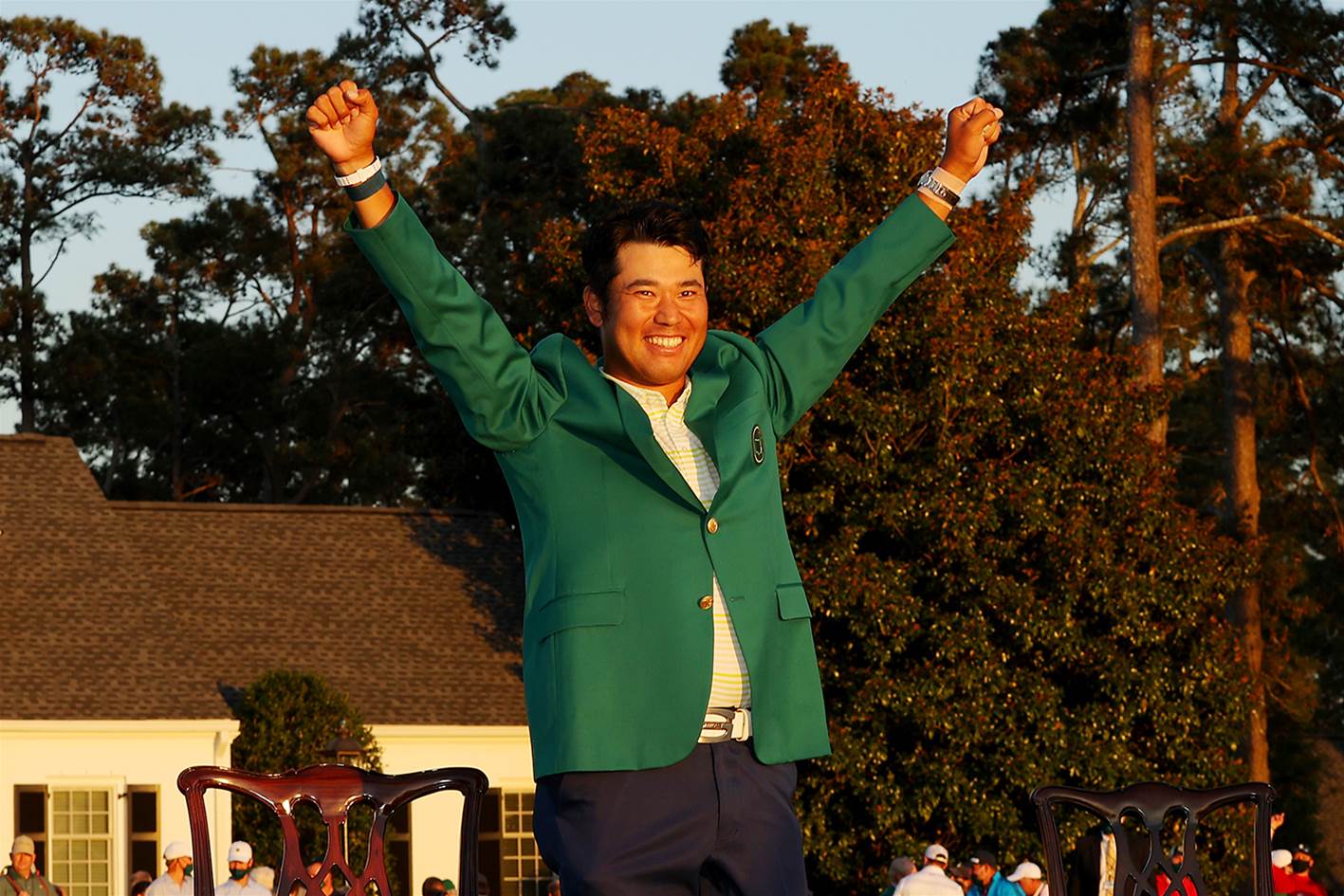 Matsuyama knows the spotlight will continue to shine on him when he tees up at Kasumigaseki Country Club, and he hopes to continue being a worthy role model to young kids.

“Go there and win a gold medal,” he said.

“That's my goal and I'll do my best to accomplish it. I still have an active role to play for probably another 10 to 15 years and I want to do my best to be an example and role model to all the kids and young golfers out there.”

From donning the Masters green jacket in April, an entire nation now awaits to see if Matsuyama, in all seriousness, can go on to deliver a gold medal for Japan.