Prominent golf coach Sandy Jamieson has decided to follow his passion of helping beginners learn golf. And his 1Club could revolutionise the way new players are brought into the game.

When word came out in late 2019 that respected teaching professional Sandy Jamieson had left Commonwealth Golf Club, one of Melbourne’s finest Sandbelt courses, to head to the nearby nine-hole public course at Oakleigh, most people assumed he’d been sacked.

Far from it. Going to Oakleigh is essentially Jamieson heading back to the roots of golf, indeed, in some ways back to his own roots, in an effort to draw more people into the game.

To many people it’s a revolutionary move and even a puzzling one. But, as he sees it, it’s not a step back or down or even sideways, it’s a forward one. And it’s one that makes perfect sense. Getting more people to just try golf and have a fun experience, he believes, is the way to overcome the negative perceptions and hurdles that surround entry and early days in the game. And that’s the way to build a healthy future.

“Oakleigh is a perfect place to start, to learn in a simple way, to have fun and fall in love with the game. From there they may go on to the top courses. But unless we make these little nine-hole courses fertile places, there may not be much future for the top of the town.” Some simple instruction from Sandy is all that is needed. PHOTO: Daniel Pockett.

Along with installing himself at Oakleigh, Jamieson has developed 1Club, the tool that literally makes golf easy, fun and affordable. And it’s rather brilliant.

The idea is to create ‘shot euphoria’ in the beginner, that feeling of excitement when you hit a good shot. It’s addictive of course, and that’s the point.

Everything is designed to make it as easy as possible to make that magic connection. 1Club has the loft of a 4-iron, to give the hit result as much distance as possible – ‘smash factor’ is a big part of shot euphoria – and yet it can still be used as a putter. The lie angle is that of a short iron and the length of a 9-iron. There’s a circle in the middle of the clubface where the sweet spot is, to give the beginner an idea of where they should ideally be striking the ball. And it has a putter grip. The upshot is that the one club can be used to play every shot. Yep, even bunkers.

This has multiple benefits to learning. A rank beginner can be out playing on course in around 15 minutes. They are handed a 1Club, given a short and simple set of instructions mostly around safety and moving efficiently around the course, and then out they go to explore the game in their own way. 1Club removes the need for a full set of clubs and at $39.95 to buy or $5 to rent, makes it cheaper for golf to be tried as a family. And it creates imagination.

“1Club golf is the perfect gateway into the game and it’s how many of the best players started. Having a lack of equipment ended up being an advantage as it forced innovation, imagination and strategy,” said Jamieson. Of course there’s no better example of that than the game’s maestro, one Severiano Ballesteros, who famously came from a very poor family and learned his golf using an old 3-iron, just whacking balls around, as kids do, on the beach at Pedrena, a tiny fishing village on the Spanish coast.

This all ties in neatly with Jamieson’s own introduction to the game as a youngster.

“I had a junior 5-iron from a local sporting store that my dad got me. When I grew out of that, I went to the bargain barrel at the local public golf course and bought a club and then when I needed something else, I would buy another club and then another. In those days you would build a set, and most people did the same thing.”

It’s also the culmination of his journey as a teaching professional. It began for Jamieson at Box Hill Golf Club, near his childhood home. There he came into contact with Steve Bann, then considered Victoria’s best coach.

“He gave me some lessons and I caddied for him in some tournaments and watched him as a coach. That was inspirational for me.”

After he completed his apprenticeship at Box Hill in 1995, Jamieson became a Tour player, subsidised by coaching at Eastern Golf Club. But when his accountant pointed out the discrepancy between what he earned – and spent – as a Tour player and what he earned as a coach, the die was cast. He removed Tour player as his occupation on his tax return and changed it to coach.

He was then appointed head coach at Ringwood. In those days public courses were constantly full, with players sometimes booking games up to two weeks in advance or queueing for hours for a game. This, of course, meant they were feeders for private courses as golfers became more proficient and looked for a more exclusive product. It’s no surprise, then, that Jamieson chose Oakleigh as the place to launch his back-to-the-future model. There are circles in the middle of the clubface where the sweet spot is. PHOTO: Daniel Pockett.

Next up, Jamieson was appointed assistant coach at the Victorian Institute of Sport (VIS) golf program, second in charge to Denis McDade following the departure of Bann, the founder of the program, and Dale Lynch. His work brought him into contact with Pete Cowen, one of the world’s elite teaching professionals, an experience that profoundly influenced his thinking.

But by now he was also coaching Jarrod Lyle, Andrew Tschudin and others and found he couldn’t really commit to the VIS fully. Plus, his gut was telling him the VIS wasn’t really his future. So he resigned, heading to Patterson River with Gareth Jones to set up his own private coaching business, until an opportunity to work with Robert Allenby arose and he headed to London.

He was with Allenby from 2007-2010 after that player’s golf had fallen away following his magical ‘Australian Triple Crown’ titles in 2005. In their time together, Allenby regained his form and added some great results to his resume.

Upon his return Jamieson started at Commonwealth, which he loved. “Commonwealth is a great club,” he says, and the feeling seems mutual. During his time there he once again began to question the value of what he was achieving.

“You could get a 12-handicapper come and, yeah, I could fix their slice or whatever, but it didn’t necessarily make them a better golfer.”

A ‘better golfer’ to him is not someone who constantly seeks technical instruction aimed at a perfect swing but, rather, “someone who understands that golf is a game of imperfects, where the better the quality of your mishits, the better player you are. It’s not about the quality of your good shots so much.” Similarly, he believes that much of a player’s learning is best had out on course rather than on a driving range.

“On the course you’ve got to think about what shot to hit and you’re never going to hit the same shot twice in a row or twice in a row off a perfect lie. Typically you’ve always got a different challenge in front of you.”

“At the moment, we have a generation of people trying to perfect a swing before they have learned how to play …” – Sandy Jamieson

Then, a watershed moment for him: “I realised I was trying to fix golfers who had faults because of the way they had learned the game. They were interpreting a lot of information too early and their interpretation of that information created confusion that led to swings that didn’t resemble at all the instruction they’d been given by whoever.

He now sees himself as more of a learning facilitator than a teacher. “At the moment, we have a generation of people trying to perfect a swing before they have learned how to play, how to identify what they need to learn to become better. I’m a big believer that I can’t teach anybody anything unless they perceive the need to learn it. And a ‘better golfer’ understands what they need to learn next.” 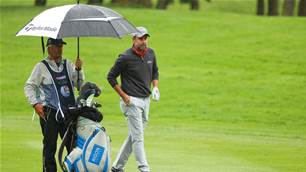 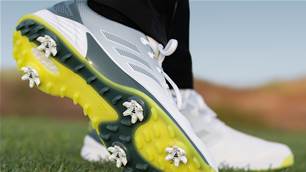