I’m on the range pre-dawn of day one for the New Zealand Open. The gentle hum of a generator pumping wattage into the floodlights is the bass line to the non-rhythmic thwack of golf clubs colliding with golf balls.

As you can imagine, it is a “pinch me” moment: inside the ropes, pro golfers everywhere and access to free bottles of water. First, I’m drawn to the golfers, crunching balls into oblivion and wondering how they manage to have almost exactly the same golf swing. But it wasn’t one golfer who had me staring, it was the man behind the golfer.

Steve Williams, golf’s most famous bagman was on the range. Crisp white polo tucked into impossibly pressed shorts, white socks, clean runners and wraparound sunglasses. God, I wanted to talk to him. You see, on this day, I wasn’t just a punter (well I was) but I was also on the bag for Paul Gow. This was my first real caddying experience, there had to be something Steve could offer: some gem, some insight that would help me help my guy.

Gowie had been honest and up front from the beginning. He was very matter-of-fact about our relationship. I was working for him, he owned my arse, don’t speak unless spoken to, keep up, and, “I swear to God if you try and give me a line on a putt I will forcibly remove part of your anatomy.” Or something like that.

Still, to me, we were a team and he was my guy.

If I could get to the Steve Williams for some tips – even one good one, there’d be a chance me and my guy could do something special. It’s not that I didn’t have faith in Gowie’s golf game, I did. I do. But he’s almost a decade beyond hitting golf balls for a living. He’s been through the dark days selling mortgages, the lighter days sitting on a couch talking golf and these days, travelling the world for The Golf Show. 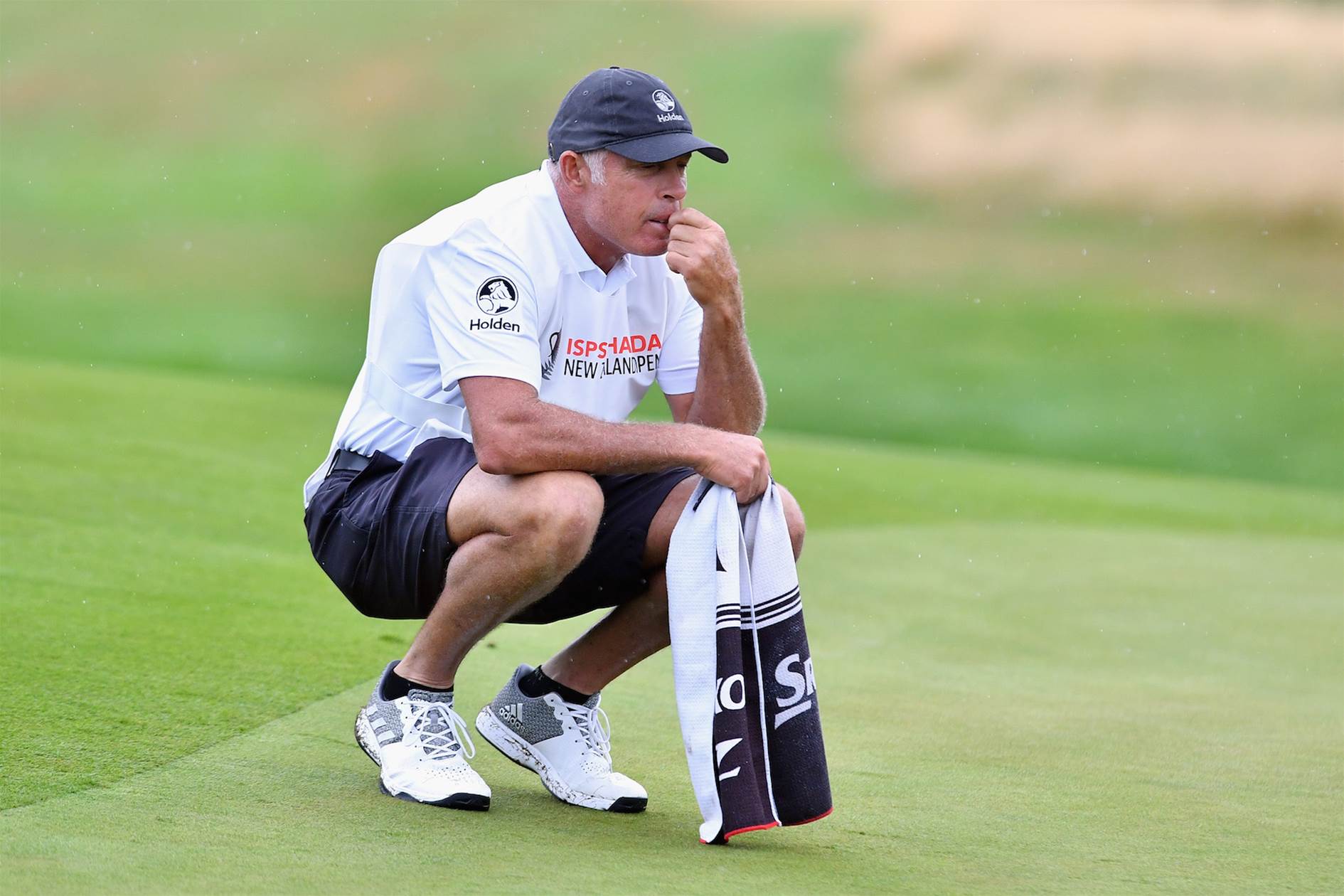 Steve Williams during the NZ Open. He didn't even realise he had an admirer lurking close by. PHOTO: Getty Images.

The 2018 NZ Open would be his third professional tournament in seven years. If I was nervous, he must have been close to crapping himself.

But I couldn’t muster the courage to talk to Steve. Not at the range – too many people, I hadn’t prepared an opening line, “hello” didn’t feel like it was going to be enough.

Later, at the putting green, with Ryan Fox going through his paces, The Big Dub was right in front of me. Dribbling distance, and he’s not actually that big. So, this was the moment where I could get that sage advice I needed for my guy.

Steve could tell me not to stand on Gowie’s left when he hits. A good caddy would know a golfer has a side they like, and Gowie’s side is right. He’d tell me when my guy was asking me a golf question he probably didn’t want an answer. That when he was going through the numbers and yardages, it wouldn’t be for me to add anything, it was for his own reinforcement.

And I’m guessing Steve would know what to do if things went a little pear-shaped. We all know it’s hard enough playing golf with mates and watching them blow up, but it’s an entirely different matter when someone’s playing for a pay cheque.

Tragically, I couldn’t bring myself to talk to Steve – I was overawed by the occasion and his presence and the general fear of making a dick of myself.

I went back to Gowie’s first bit of advice. Keep up, shut up and don’t read putts. And it was as much fun as you could have on a stunning golf course without hitting golf balls.

My guy came out of the blocks pretty well. There was an early flirtation with the top of the leaderboard when we got to three under, it was exciting, and fun, and really interesting from a golf nerd point of view. It is a cool feeling when your guy is on a leaderboard, I suspect it’s the same when you’re riding in the Melbourne Cup and you can’t see a horse in front when you hit the Flemington straight ... you can’t help but pray that they hang on.

Gowie separates greens into green and red zones – stop and go. Its landing distances as opposed to distance distances, there are right and wrong sides of the fairway: and whilst I know this stuff, but I’d never seen it actually practiced.

Things got really interesting on the 15th when Gowie ‘lost his swing’. He used that phrase a couple of times. I tried to offer positive reinforcement to help him find his groove, and as clichéd phrases like “you’ll be right,” and “you look good,” and “stick at it, everything’s going well,” tumbled out of my mouth, I could tell it was pissing him off.

In the end I went back to Gowie’s first bit of advice. Keep up, shut up and don’t read putts. And it was as much fun as you could have on a stunning golf course without hitting golf balls.

He managed one under with me on the bag, and four under with a random caddy on day two. It wasn’t quite enough, seven under was the cut, but ‘My Guy’ did well.