Golf courses are lots of things to lots of people and ranking them in some sort of rational order is fraught given the emotions golf courses engender are not always rational.

What one golfer thinks important is passed off as irrelevant by another. Who isn’t exhilarated by the experience of playing the awesome par-5 5th at New South Wales Golf Club? But take the ocean away and would anyone think of it the same way?

Would the world famous 5th at New South Wales be as revered without the ocean backdrop? PHOTO: Brendan James.

Most golfers would agree condition is important and it is. The problem is opinions on what constitutes ‘condition’ can be wildly different depending on who you ask.

It’s important if poor conditions – most often soft conditions not allowing the ball to bounce – detract from the play. Ben Hogan’s rule was you always ran the ball back to a pin cut in the back of the green. Of course, to play the shot, the green needs to be firm enough to have it bounce at the front or the middle of the green and run back to the flag. No matter how perfect the surface to putt, if the green is soft one element of the interest is lost.

Fairways are less important, but I’d be in the minority in expressing that opinion.

There are two ways to judge a fairway.

It can be perfect. Think Metropolitan … Kingston Heath. Even The Lakes, if you like hitting off some the best managed kikuyu fairways in the world. The fairways at Metropolitan have often been described as “flawless” ... “perfect”. PHOTO: Brendan James.

I often hear criticism of the fairways at Barnbougle. They are less than perfect if the measure is a perfect lie with every shot you hit.

"Most golfers likely consider the condition of the course to mean the state of the playing surfaces – the fairways, the greens, the bunkers and perhaps the tees." – Mike Clayton

But the fescue down there is the ideal grass for golf by two measures. The contact of club, ball and ground is unmatched and if you want to land the ball 20 metres short of the green and run it on, the bounce is neither too fiery nor too soft. The closest thing on the mainland are the couch fairways oversewn with fescue at The National Golf Club’s Gunnamatta course and the Beach Course at Thirteenth Beach Links. 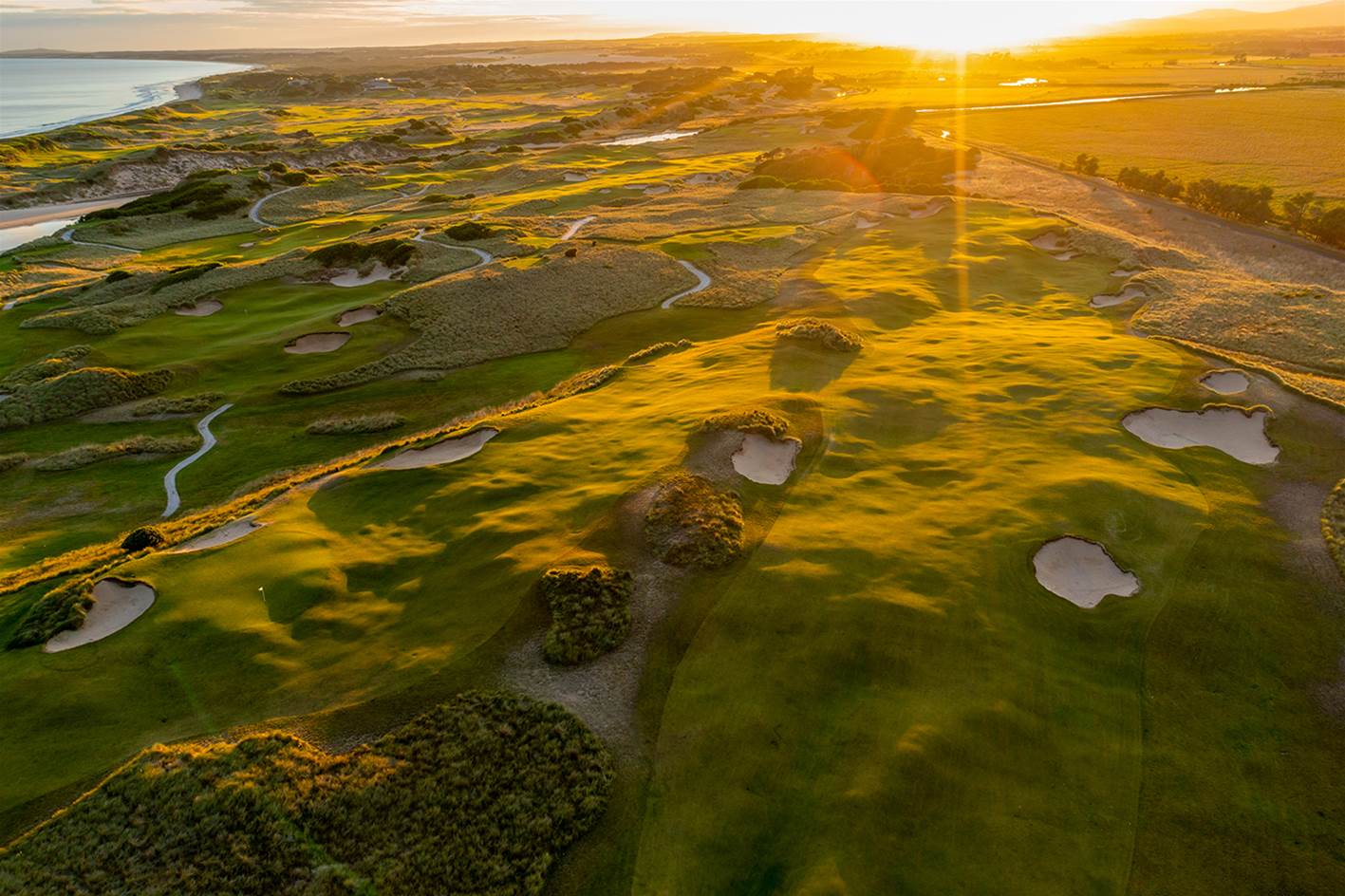 The fescue fairways at Barnbougle are the ideal grass for golf. PHOTO: Brendan James.

Most golfers likely consider the condition of the course to mean the state of the playing surfaces – the fairways, the greens, the bunkers and perhaps the tees. Someone thinking consistent bunkers are important might judge Royal Melbourne and Kingston Heath as somehow deficient because their bunkers are, thankfully, somewhat inconsistent.

It is neither an unreasonable measure nor a complete one.

The real measure is the condition of a golf course of everything inside the boundary fences.

Any discussion of the ingredients of a Top-100 course can’t avoid the fact the easiest way for most golf courses to jump up the rankings is to properly manage both trees and the ‘mowing lines’. They are defined by where the fairways are cut and how the grass – short and longer – is managed around the greens.

Compared with the United States, Australian mowing lines are very good because we’re less enamoured with driving down narrow fairways bordered by long grass and surrounding greens with rough.

Of course, that is a generalisation, but American restorationist architect Bruce Hepner advises, “Get both the trees and the mowing lines right and you’re 85 percent of the way there.”

Committees planted trees long ago because what could be wrong with planting a tree – or thousands of trees?

Nothing is wrong if you plant the right species, in the right place where they will neither interfere with the golf or the turf. As the great English architect, Harry Colt said: “Trees should serve perhaps as the scenery, but never part of the stage.”

It only takes 10 minutes to plant a tree, but it might be 50 years before it’s making the golf, or the turf, worse and there often ensues a fierce discussion about its future.

Not all the top 30 courses in Australia manage their trees as well as they could but it’s a near certainty the lower ranked courses are a long way from perfect tree management. The problem is 99 percent of members (at least) would revere ‘perfect’ fairways over perfect tree management when the latter is 100 percent more likely to improve the ranking of their course. Difficulty is not a key ingredient in having a respected course. Arguably the best course in the country – Royal Melbourne’s West – is the easiest of the top 50 courses in Australia for a bogey golfer to shoot 90. I’m sure I could find any number of courses outside Australia’s Top-100 where the same player would struggle to break 95.

A par of 72 is not by any measure important.

Shinnecock Hills, Pine Valley, Oakmont, Muirfield, Merion, The National Golf Links of America, Ballybunion, Prestwick, North Berwick, Carnoustie, Royal Dornoch, Sunningdale, Swinley Forest, Morfontaine are not par-72 and I could go on. Of the 80 courses featured in the World Atlas of Golf only 30 are a par-72 and The Old Course at St. Andrews gets there with 14 par-4s, two par-3s and two par-5s.

Good luck selling that one to a committee.

"Ultimately a great course must have great holes which isn’t to suggest a course ranked in the bottom half of Australia’s Top-100 is precluded from having a world-class hole." – Mike Clayton.

Length is not important so long as a short course shows off great architecture. Swinley Forest, Harry Colt’s “least bad course”, is barely more than 5,600 meters, a par-68 and one of the best golf courses in the world.

Ultimately a great course must have great holes which isn’t to suggest a course ranked in the bottom half of Australia’s Top-100 is precluded from having a world-class hole. The short par-4 3rd at Curlewis is one example and, if they ever cut the trees off the cliff edge at Tasmania Golf Club’s par-5 3rd, it would be another.

Royal Melbourne West has at least a dozen world-class holes. New South Wales has maybe half a dozen. Kingston Heath has three or four but it’s an amazing course – one of the best 30 or 40 in the world – because its strength is the sum of its parts. Dan Soutar’s routing, Alister MacKenzie’s bunkering, the greens, strategies, condition and the management of the vegetation make Kingston Heath a course as good as it can possibly be. It wasn’t always that way. Its rejuvenation began in the early 1980s with, what was for the time, a controversial plan including tree removal, green reconstruction, bunker restoration and a complete regressing of the fairways. A decade later, Victoria followed the same path with a similarly successful result.

The lessons of Kingston Heath and Victoria are courses getting the sum of the parts absolutely right and there isn’t a course ranked from 60 to 130 which couldn’t be improved by understanding how both is the best versions of themselves.