Do you have trouble holing three-footers? Watch this Aussie guy roll in a putt at perfect speed from 395-feet to break the world record for the longest putt ever made.

Australian YouTube stars How Ridiculous usually get their hits with incredible basketball trick shots, but the guys have taken to fairways for their latest sporting feat to set a new Guinness World Record for the longest golf putt-non-tournament.

Stanford's amazing shot beats a record that has stood since 2001, when Fergus Muir, then 66, from St Andrews, Scotland used an 80-year-old hickory-shafted putter on the par-3 5th hole at the town's Eden Course to record a hole-in-one measuring 125 yards or 114.3 metres.

The How Ridiculous gang – consisting of Brett Stanford, Derek Herron and Scott Gaunson – recently won back their title back for the highest basketball shot ever when Derek successfully netted from the top of the Mauvoisin Dam in Valais, Switzerland, from a staggering height of 180.968 metres (593.73 ft). 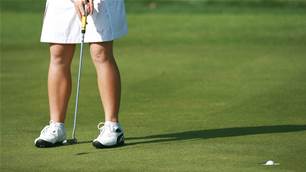 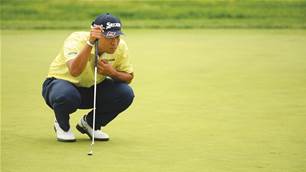