Tiger Woods says a successful recovery from recent knee surgery has raised his hopes of playing in December's Presidents Cup at Royal Melbourne.

It cast doubts over whether Woods, who failed to make the eight automatic qualifiers for the US side, would be able to select himself as one of four captain's picks for the biennial teams event being held in Australia for the third time.

But the 15-time major winner, who captured his fifth Masters title at Augusta in April, is buoyant about his chances, having resumed practice in late September.

"I'm right on schedule," Woods said in a press conference before contesting an exhibition skins match in Tokyo on Monday.

"I think (the recovery) made me more hopeful that I can play this week, play the Hero (Challenge in the Bahamas) and play in Australia."

Woods experienced a significant dip in form after his victory at Augusta – which secured a first major title since 2008.

"I'm right on schedule … I think (the recovery) made me more hopeful that I can play this week, play the Hero (Challenge in the Bahamas) and play in Australia." – Tiger Woods

"The way I was feeling toward the middle part of the year, (picking myself for the Presidents Cup) was going to be a tall order; I was struggling walking and it affected my back," Woods said.

"I'm excited about having this end of the year run.

"I'm feeling much more fit. I don't have the aches I had the last couple of years.''

It's Woods' first competitive appearance since his August surgery, while he will also play the PGA Tour's inaugural Zozo Championship starting Thursday at the same course.

Woods is only otherwise slated to play his foundation's charity event in the Bahamas in December the week prior to the Presidents Cup. 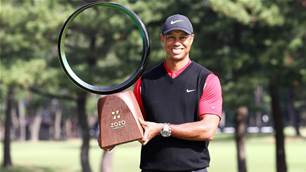 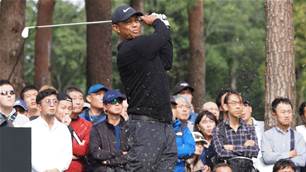 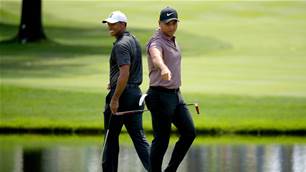