The 21-year-old Wise and World No.16 Leishman shared the overnight lead and played together in the final group.

But Wise, in only his 26th start on the tour, shot a bogey-free closing six-under 65 to finish at 23-under and win by three shots from Leishman who carded a 68 in the benign conditions.

"If it would have been windy I probably would have preferred that, firm and windy, taken a few of the guys behind a little more out of it," Leishman said.

"You get what you're given. You can't choose your conditions. I played pretty good. He played better."

The 34-year-old Leishman was vying for a fourth US tour title and had led or shared the lead since shooting a career-best 61 in his opening round.

But he mixed three bogeys with an eagle and four birdies on Sunday as he succumbed to the sustained brilliance of South African-born Wise, who won the American collegiate championship in 2016.

"Hit a couple loose shots where I could have probably put a bit of pressure on him and didn't; and that's probably the difference in the end," Leishman said.

A runner-up to Jason Day in his previous start at the Wells Fargo Championship, Wise grabbed the lead outright as he charged through the front nine in five under par, carding five birdies in six holes from the par-4 4th.

He took his advantage out to three strokes with another birdie at the 10th then made pars over the remaining eight holes. 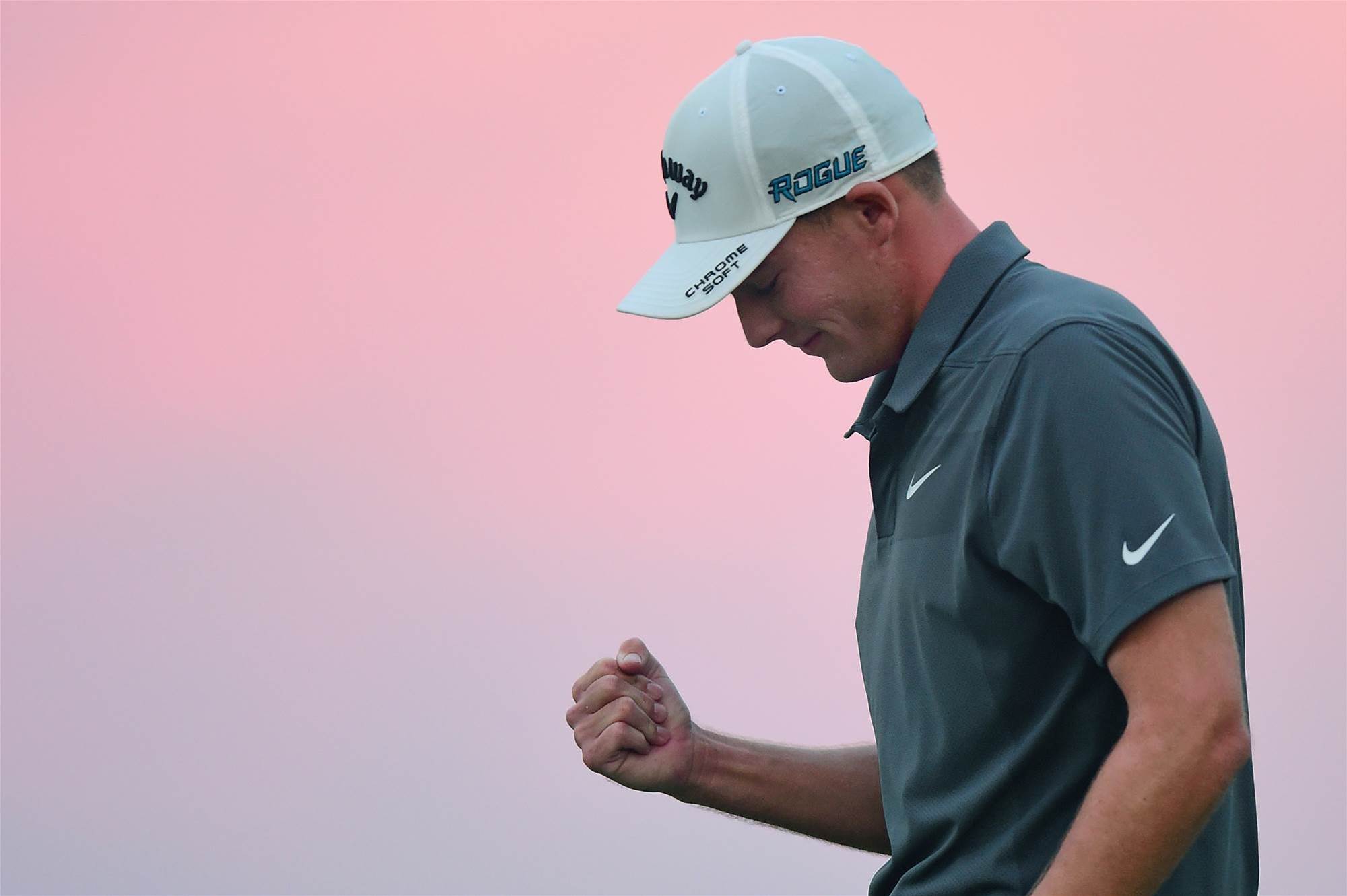 Wise celebrates following his par putt on the 18th green during the final round to win the AT&T Byron Nelson at Trinity Forest Golf Club. PHOTO: Jared C. Tilton/Getty Images.

"I felt oddly calm all day long and to pull that off and play as good as I did, bogey free, was awesome," Wise, who won once each on the Web.com and Canadian tours, said.

"I felt like when it rained today I was really going to tear the course up just because it allowed me to hit driver, which is my strength.

"I got a lot of short irons in my hand and was able to make a lot birdies."

Leishman finished one shot clear of the fast-finishing trio of Zimbabwe's Brandon Grace (62) and Americans J.J Spaun (63) and Keith Mitchell (63), who tied third.

A bogey-free 65 from Adam Scott lifted him to a tie for ninth at 15 under, his first top-10 result in almost a year, as he benefited from his recent switch back to a long-handled putter.

However, it was not quite enough to achieve his goal of a climbing into the world's top 60 to secure a start in next month's US Open and extend his run of 67 consecutive majors played.

Scott is projected to rise from No.65 to No.61 but has one more cut-off date to be in the top 60 before next month's major at Shinnecock Hills, otherwise he'll face sectional qualifying.

His fellow Australian Matt Jones played in the final group but faded with an even-par 71 to be tied 13th at 13 under. 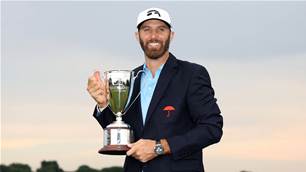