A third round of 68 for the week was enough to deliver Matthew Fitzpatrick’s second DP World Tour Championship. Take a look inside the Englishman’s winning bag. QUOTE: “It's one of those few weeks in your probably career, where you're like, it feels really good and I'm playing really well, and you go and win.” – Matthew Fitzpatrick. 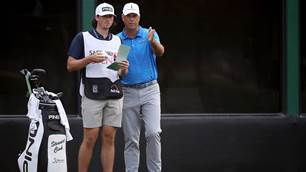