Winless since earning two PGA Tour victories between January and May last year, former World No.1 Day admits he was struggling to find a spark in his career.

But the Queenslander believes he has turned a corner with Williams on the bag – admitting that hitting practice balls after his Wednesday pro-am at the Travelers Championship was effort he had not put in for some time.

The Travelers event at TPC River Highlands in Connecticut is the second event Williams will caddie for Day, following his tie for 21st at last week's US Open.

Day knows New Zealand's Williams will not tolerate slacking, having caddied for Tiger Woods during 13 of his 15 major championship wins in addition to Australian Adam Scott when he won the 2013 Masters at Augusta.

"I think the most exciting thing for my game right now is the hunger and desire to get better again is back," Day told AAP at TPC River Highlands.

"Steve has been integral in that feeling because he is huge on hard work.

"I think the most exciting thing for my game right now is the hunger and desire to get better again is back.” – Jason Day

"That's why I'm back trying to do the things I need to do to improve; I'm going to do more work after a pro-am which I wasn't really doing previously. I'm excited about getting on top of it all."

Day, whose 12 PGA Tour titles includes the 2015 US PGA Championship, has not lifted a trophy since winning the Wells Fargo Championship in May last year.

He admits there is a long road ahead to climb golf's rankings and usurp four-time major winner Brooks Koepka's hold on the position.

"Once you get that desire to get back to the top, working is very easy and becomes more of a habit," Day said.

"I'm going to be patient and let the results come however difficult that may be."

Day will play the opening rounds of the Travelers with Paul Casey and Bryson DeChambeau.

TPC River Highlands, a par-70 that measures only 6,841 yards, is the second-shortest course on the PGA Tour behind Pebble Beach (6,816 yards). 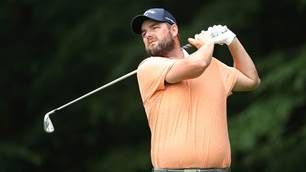 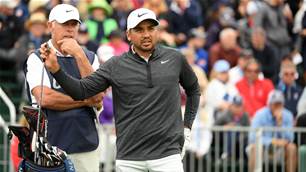