Dustin Johnson has secured victory at the WGC-Mexico Championship by five strokes to collect his 20th PGA Tour victory in style.

The American finished at 21-under 263, while Northern Irishman McIlroy shot 67 for second place on 16-under.

Only Tiger Woods and Phil Mickelson have won more than Johnson on the PGA Tour among players aged under 50.

"To get 20 wins out here is very difficult and to do it before I turn 35 is pretty incredible," the 34-year-old said in a green-side interview.

"It means a lot. This is a big win for me and it gives me a lot of confidence for the rest of the year."

McIlroy cut the margin to two shots after three holes but could get no closer, with six back nine birdies being too little, too late. 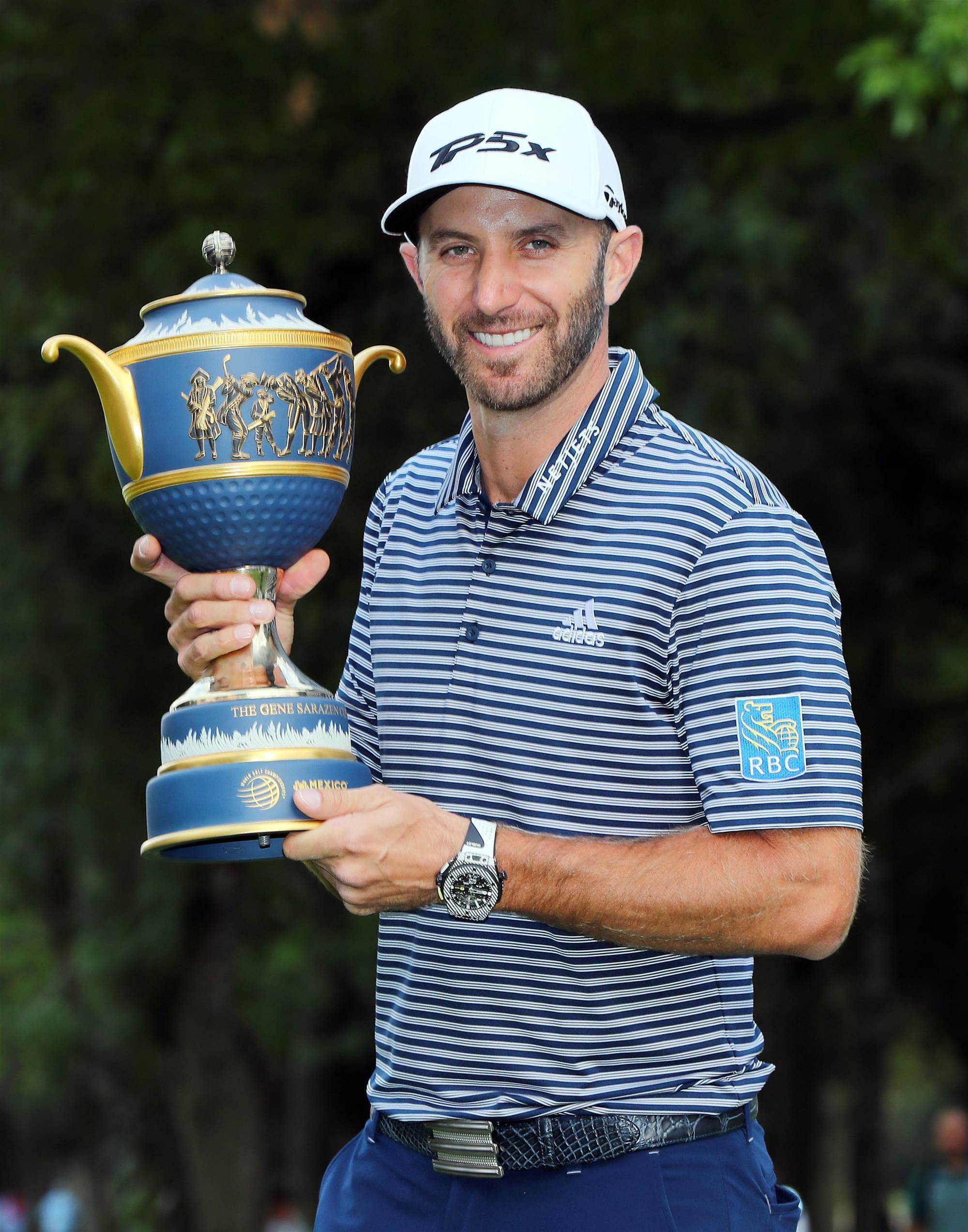 Australian Cameron Smith made three birdies on his back nine to scratch his way to a one-under-par 70 and a share of sixth place at 10 under, along with Sergio Garcia and Patrick Cantlay, who also both carded rounds of 70.

Tiger Woods got his first top 10 of the year with a final round 69 leaving him 13 shots behind Johnson.

If there was a turning point on Sunday, it came at the 5th hole, where Johnson's drive ended behind a tree.

He had luck on his side, though, and was afforded relief because a cart path interfered with his stance.

The free drop gave Johnson a clear shot at the green instead of having to chip out backwards and he salvaged a par which helped settle the jitters.

"I definitely felt some nerves there at the beginning of the day but made some really good par saves early on and that gave me momentum," Johnson said.

A second worldwide win in three weeks – after the European Tour's Saudi International – will take Johnson to second in the world rankings, and he will return to No.1 the following week based on the two-year computations because neither he nor Justin Rose are playing next week.

Norman leaves others to do the LIV talking

Smith snaps back at LIV question