Jason Day and Adam Scott have made a solid start during a rain-interrupted first round of the Zurich Classic teams event on the PGA Tour.

Starting their round on the back nine, tournament favourites Day and Scott were seven under par and four shots off the pace through 16 holes when play was suspended for the day.

Earlier, nearly 75mm of heavy rain and lightning forced a stoppage in play lasting more than seven hours on Thursday.

The first players to tee off were on the course for a little more than two-and-half hours when the horn sounded to suspend play.

Scott Stallings and Trey Mullinax shot a best-ball 11 under 61 to top the leaderboard. 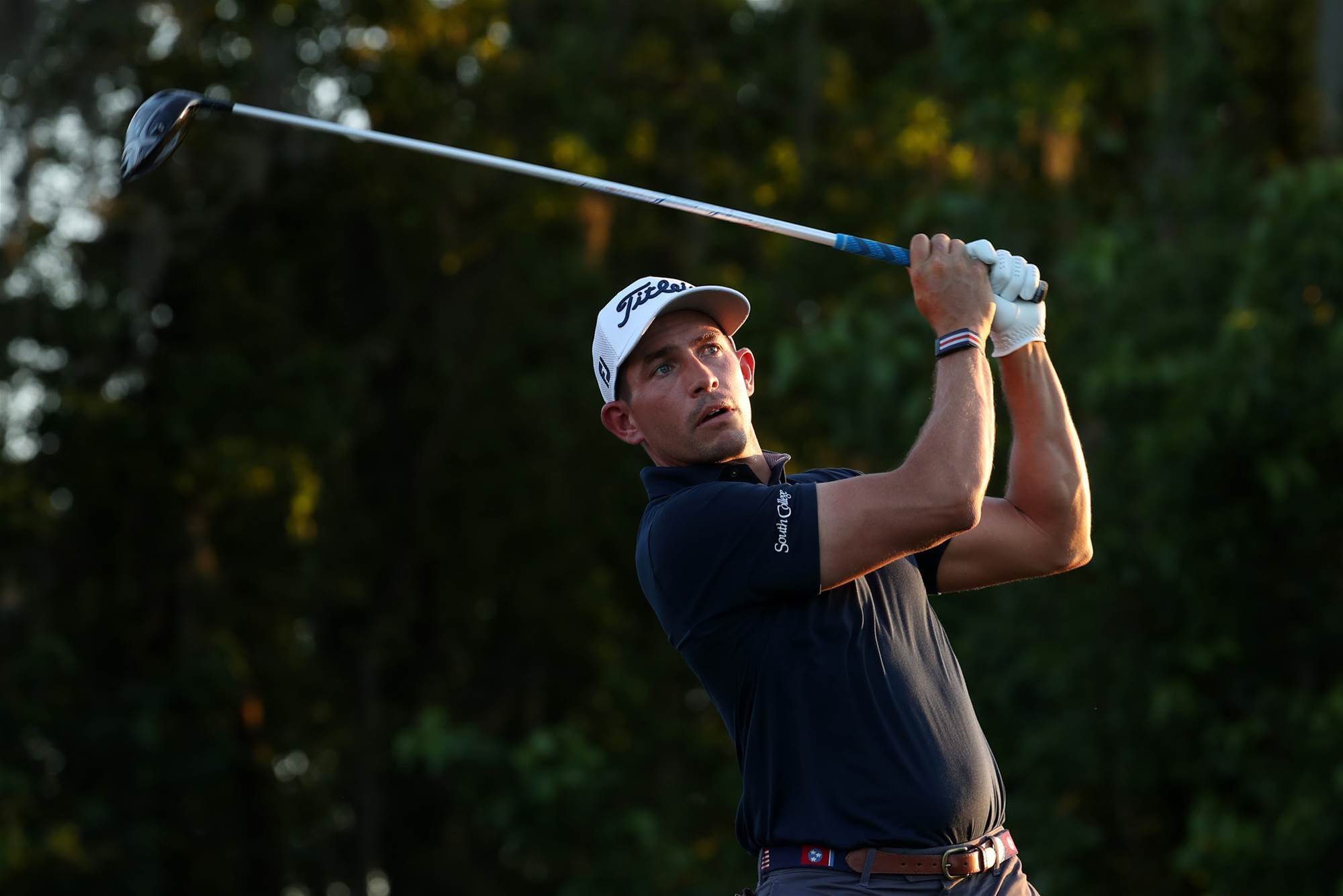 Scott Stallings and partner Trey Mullinax lead the Zurich Classic after combining for an 11 under 61. PHOTO: Chris Graythen/Getty Images.

Stallings and Mullinax, who started on the back nine, birdied their last four holes at TPC Louisiana – and seven of nine holes after the turn – for a one-stroke lead over two teams.

Martin Laird and Nick Taylor, who were in the same group as the leaders, finished at 10 under.

But the team of Brian Gay and Rory Sabbatini had both of the top teams in their sights after birdies on the first five holes of the back nine got them to 10 under through 14 holes.

All but 13 teams still had part or all of the first round still to play when darkness stopped play.

Seventeen teams were within five shots of the lead.

As the only team event on the PGA Tour, the Zurich Classic field is comprised of 80 two-player teams that play a best-ball format in the first and third rounds and alternate shot in the second and final rounds.