And then there was one. The second day of the 117th US Open Championship will not go down as one of the most memorable for Australian golf.

They are far from alone, of course, at a US Open which is now the first major in which the top-three ranked players on the planet all missed the cut. Amongst the luminaries heading for the airport on Friday evening were Open champion Henrik Stenson, Olympic champion Justin Rose, World No.1 and defending champion Dustin Johnson, World No.2 Rory McIlroy and a host of other major champions.

At the other end of the scoring scale, there is a four-way tie for the halfway lead on seven under involving two Americans, Brooks Koepka and Brian Harman, and a brace of Englishmen, Paul Casey and Tommy Fleetwood.

First round leader Rickie Fowler and fellow-Americans Jamie Lovemark and JB Holmes are on six under, one ahead of a five-strong group that includes Hideki Matsuyama. The World No.4 shot the day’s low round, a seven-under-par 65 that was matched only by Chez Reavie. Strangely, only two major winners, Sergio Garcia and Martin Kaymer, currently occupy places in the top-20.

All of which was a far cry from the play of the departing Aussies. 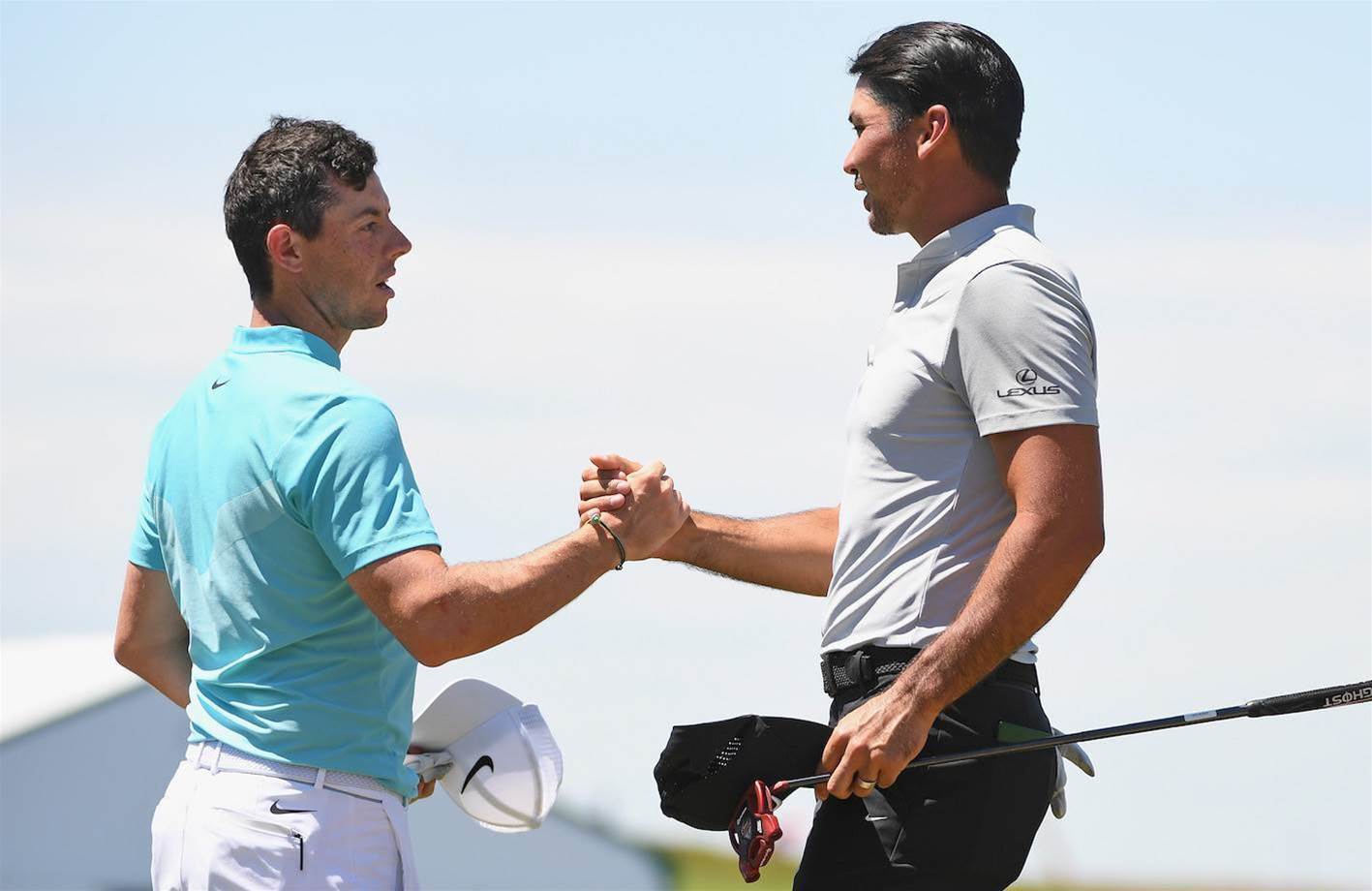 "What are you doing this weekend?" Both Rory McIlroy and Jason Day can make other plans after missing the cut. PHOTO: Richard Heathcote/Getty Images.

Day was especially frustrated by his unusually inept performance, having arrived in rural Wisconsin on the back of what he claimed was “my best preparation going into a major.”

“I was in the hay too much over the last couple of days,” he said. “I did the work and made sure I could actually play and visualise the golf course. And I felt the most calm I have in a major in a long time. Unfortunately, it just didn't pan out.

“My biggest problem was execution. The fairways here are massive. When you are trying to aim at a target on a normal golf course, with normal width fairways, there's some pressure in hitting the fairway. With everything so large here, the target is larger so the misses get more extreme.” 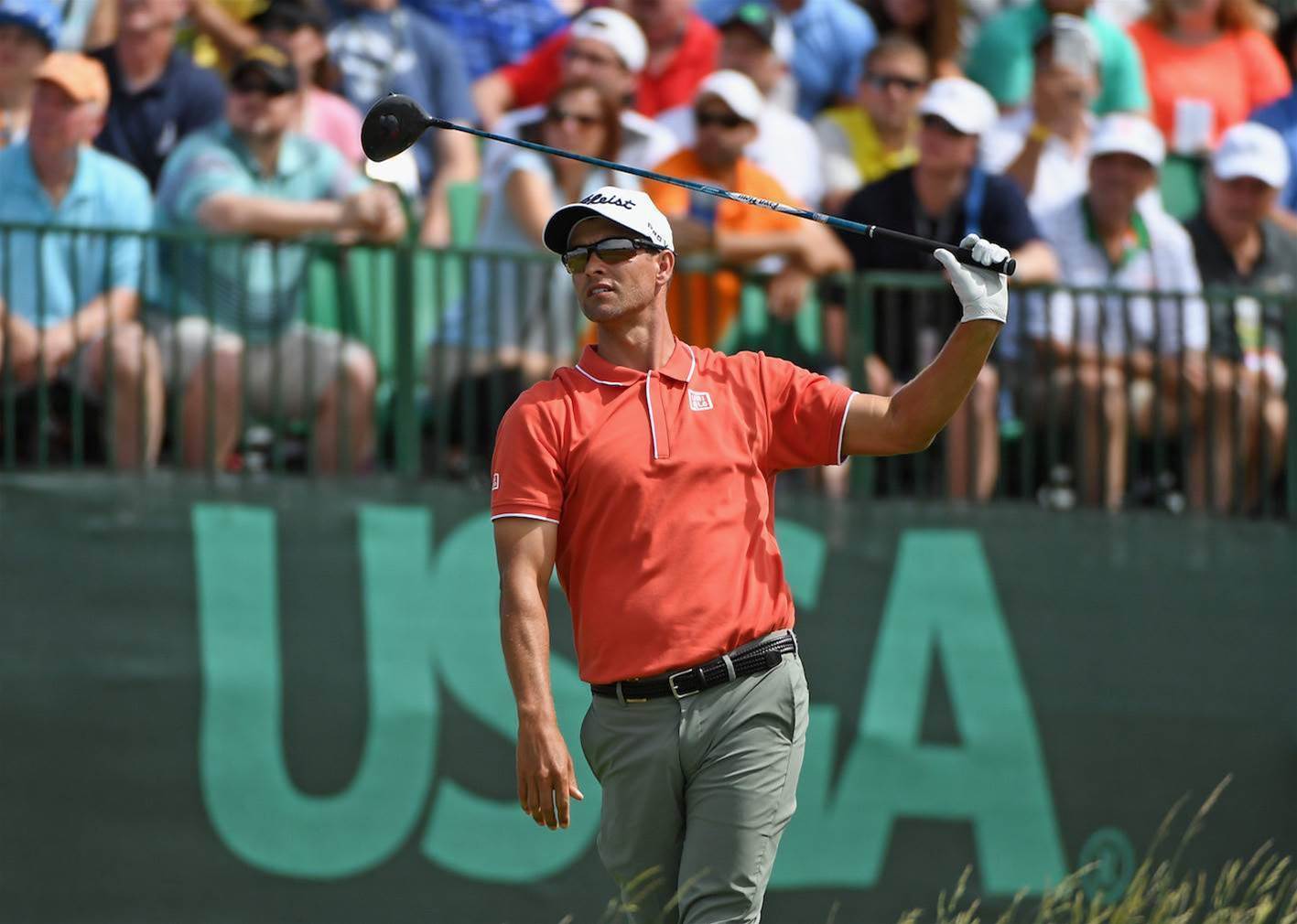 Adam Scott will be another notable absentee this weekend. PHOTO: Ross Kinnaird/Getty Images.

At least they did in Day’s case. The former 2015 US PGA champion found only eight greens in regulation in a second round that contained four birdies, five bogies and one double-bogey. Six times in 14 attempts he missed the fairway, which is surely the key statistic. The most common refrain heard around Erin Hills this week has been “you can’t play this course from the rough.”

Indeed, even one bad miss can lead to disaster, as Scott discovered. Statistically more proficient tee-to-green than Leishman – he missed only three fairways and five greens – the former Masters champion ruined his round with a four-over par run from the 1st (his 10th hole) that included a double-bogey and two bogies. Birdies at the 7th and 8th raised hopes of a late recovery similar to what he came up with in round one – four under for his last four holes – but a poor tee-shot into sand on the short 9th sealed his fate. 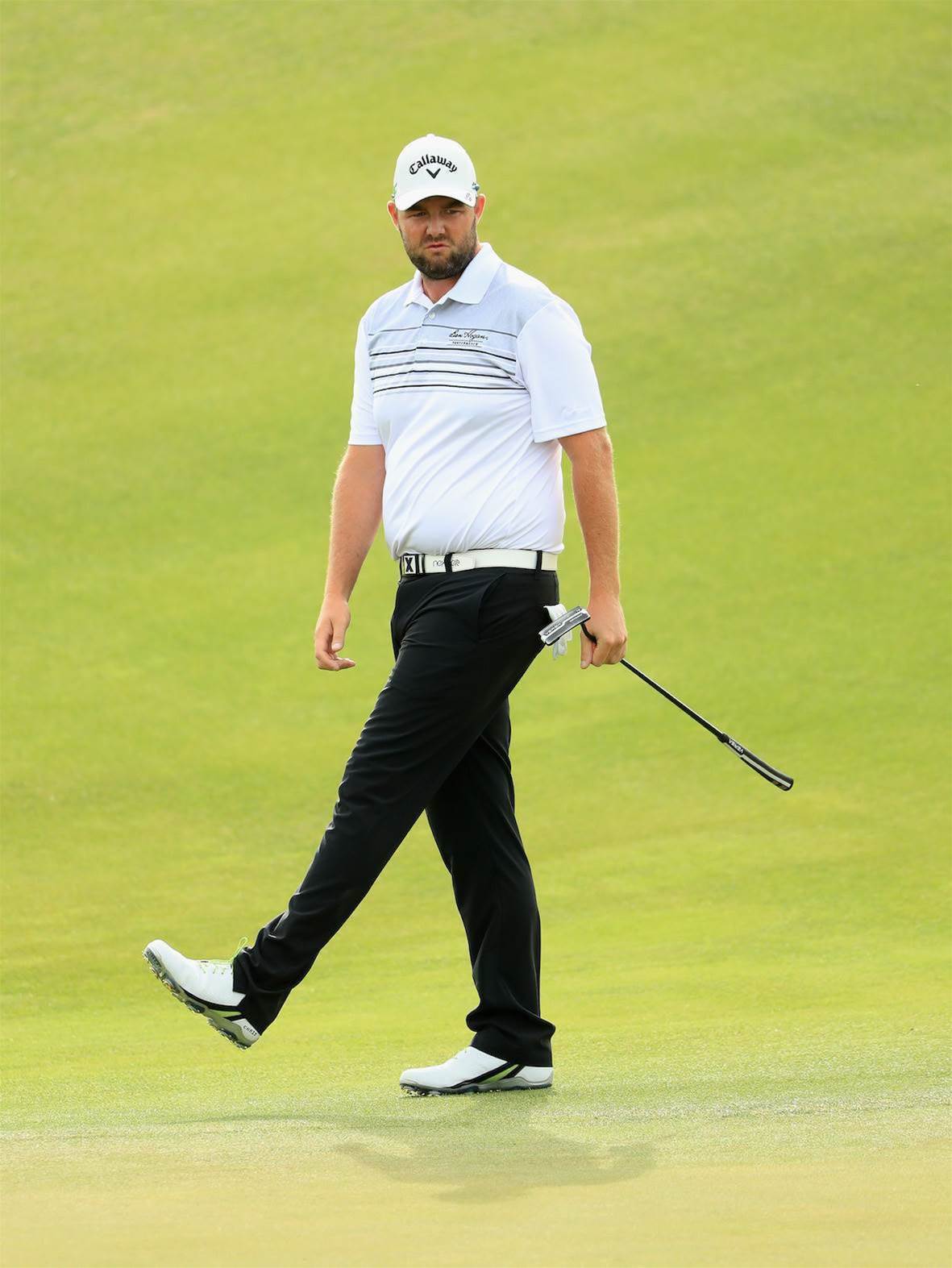 “Something wasn't quite on with my putting and it's difficult to scramble when you're struggling with your putter,” he said, not for the first time in his career. “I just have to figure out exactly what the problem is. I kind of got in my own way. I don't think it's much.”

In contrast to Day’s experience, Leishman professed to be “the most comfortable I have ever felt on a US Open course” after completing a level-par round of 72 in which he cancelled out three dropped shots with a trio of birdies. Not a bad return for a man who hit only eight greens in regulation.

“Finishing in the top-20 last year at Oakmont game me confidence,” continued the 33-year old Victorian, who won the Arnold Palmer Invitational at Bay Hill in March this year. “And playing well early this year gave me even more. But there is a lot of trouble out there so you’ve got to keep your foot on the pedal.”